Plays: October 9, “The Razor’s Edge”
“Ghost of Mrs. Muir”
“Get Up and Bar the Door” — Freshmen & Sophomores
“You Can’t Take It With You” – Seniors
“Guadalcanal Diary”
“The Sullivans”

The basketball team played their first game on a gym floor at Kingdom Come.

The class studied colors, redecorated the dressing room, made Christmas presents, made formal gowns for the George Washington’s Day Ball, and wove scarves and rugs.

The long-established policy against student smoking was revised to permit boys over age 16 to smoke at specified times if they have parental consent.

In addition to care of students and community members at the Infirmary, Dr. Henderson held a clinic every other Thursday at Cedar Chapel, Miss Mabel Snyder’s…

Board of Trustees – Decisions for the Future of PMSS:

The Board of Trustees, meeting in New York November 13, 1948, considered the critical financial situation documented in the auditor’s report and appointed a committee to survey the future of Pine Mountain Settlement School. It was hoped that such a study could show how the school could re-organize its program so as to meet some distinctive need of the mountain area, within the limits of the school’s financial resources. Because of the urgency of the situation it was hoped that the committee could submit a report to the Board by January 15, 1949. Selected for that committee were Dr. Wm. Jesse Baird, President of Morehead State Teachers College, Chairman, Dr. Howard W. Beers, Head of the Department of Rural Sociology, University of Kentucky, and Dr. Leonard E. Meece.

The Board of Trustees, meeting in Lexington KY March 18, 1949, considered the report of the survey committee, which recommended that the property, endowment, and all assets of PMSS, together with the name of the school, be paid over and delivered to Berea College without restrictions in order that Berea College could continue educational and other programs at PMSS in accord with the general…

…purposes for which the school was organized.

Supt. Cawood and Mr. Ellis of the Harlan County school system met with the Board, and reviewed the plan for Harlan County to consolidate five surrounding one-room schools and operate an elementary school in PMSS facilities, with Burton Rogers as administrator, Ronald Henderson, Gladys Hill, Dorothy Nace and Atha Stahl as teachers.

At the meeting of the PMSS Advisory Board May 7, 1949, the following persons resigned from the PMSS Board of Trustees, to take effect May 31, 1949: Dr. Bailey, Dr. Cressey, Mr. Crutchfield, Mrs. Gratz, Mr. Price, Miss Smith, Dr. Seay. Written resignations had been received from Mrs. Hook, Miss Wells, and Dr. Van Vleck, Mr. Dabney, who is a Berea Trustee, will be a member of the new PMSS Board. The following persons were elected as Trustees, to take effect June 1, 1949: Thomas P. Cooper, Richard Bentley, Barry Bingham, E. S. Dabney, Elmer Gabbard, Francis S. Hutchins, Louis Karnash, Carl Mickel [Michel?], and Charles Ward Seabury. 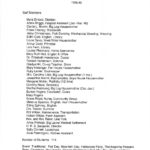 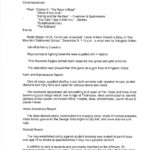 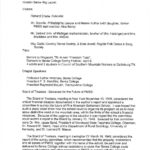 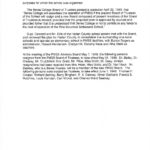