In an interview conducted in the early 1940s, Margaret Motter was asked “Why Pine Mountain?” She replied, “The real reason for my going to Pine Mountain was that I wished to have a different type of teaching.” She soon found out how “different” a teaching experience at Pine Mountain Settlement School could be.

[Click HERE for full transcription of Margaret Motter’s response to “Why Pine Mountain?“]

Margaret R. Motter was born February 28, 1893, in Frederick, Maryland, the second to the youngest of Isaac M. Motter and Ada S. Motter’s six children. She graduated in 1913 from Hood College in Frederick, one year after the school had changed its name from Woman’s College of Frederick to Hood College in recognition of a major benefactor. (The college remained strictly for women until 1971.)

Margaret Motter spent her entire life in public service. According to Miss Motter, her first three years after graduation involved teaching a “group of children,” then returning to Hood College to temporarily substitute as head of the English Department. She stayed at the school to teach freshman and sophomore classes for another three years.

Her introduction to Kentucky was while teaching English and history at the newly constructed Van Lear High School. She had heard of a position at the Pine Mountain Settlement School from her brother-in-law, E.R. “Jack” Price. At the time, he was general manager of Consolidation Coal Company, which was developing the town of Miller’s Creek after having changed its name to Van Lear. She remembered that her time “in the foothills of Kentucky was rewarding and [had] left a lasting impression.”

Miss Motter returned to Hood College for two additional years to open an alumni office, becoming the first alumni executive secretary. Upon hearing that Miss Motter greatly missed working in the Kentucky mountains, the college dean arranged for an interview in Philadelphia in 1928 between Angela Melville, co-director at Pine Mountain Settlement School, and Miss Motter. Even though Miss Motter had already scheduled a trip to Europe, Miss Melville offered to postpone the first day of school for a week until Miss Motter could arrive at Pine Mountain in time to begin work as principal of the School. 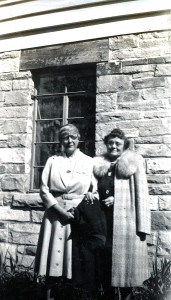 As Miss Motter faced her “new life” at the Settlement School, she found that it was much more “rugged” than she had expected, listing as examples transportation by mule or horseback, long hours of work, simple food, outdoor toilets, and rustic cabins. “It all required adjustment and understanding; but in a relatively short time I fell into a routine so that each day was a challenge and a delight.”

In addition to her duties as principal, such as arranging schedules and supervising the teaching program, Miss Motter was also required to teach several upper-level classes. She also introduced and oversaw the assembly program, the only time that all the students gathered together besides mealtime, to sing ballads, present plays, or just talk.

When Miss Motter had free time, she began cataloging the school library and eventually other teachers volunteered to help her accomplish this project. She was also responsible for the school building itself, and each school day she checked in on students assigned to its maintenance. She supervised a steady stream of student teachers from Antioch College (Yellow Springs, Ohio) who participated in a cooperative education program. 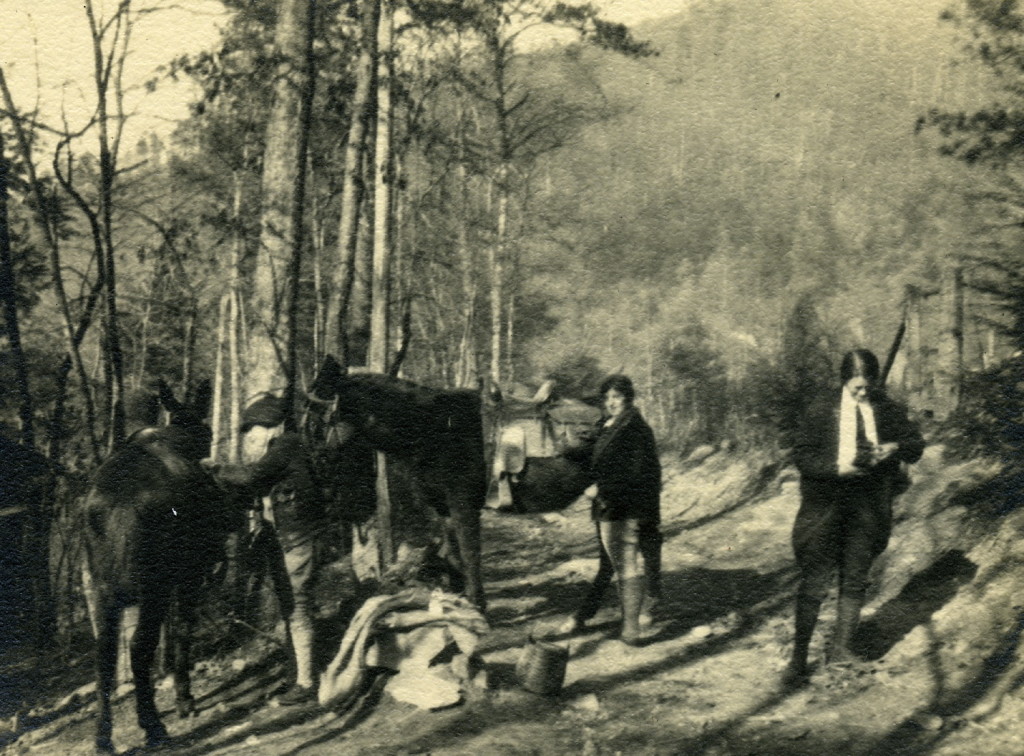 On Saturdays, Miss Motter, on advice of the co-directors, Katherine Pettit and Angela Melville, would ride the mountain trails on horseback to visit people who lived in the “neighborhood” of the School, trips that sometimes took all day or required an overnight stay. She stated that “I felt this was quite valuable to me for it gave me a deeper understanding of our students.”

Every Sunday morning, she taught Sunday School and when Miss Melville was not available, she conducted vespers. One of her most “gratifying” experiences was directing the Nativity Play, for the students and community found great joy in participating in and attending each production.

She became good friends with Marian Kingman and Harriet Crutchfield, both PMSS teachers in the late 1920s. Miss Crutchfield described Miss Motter in a 1928 letter to her parents:

Miss Margaret Motter is the Principal of the school and teaches English and Ancient History. She is between 30 & 35 I guess and a perfect peach. She & Marian Kingman are about my best friends here and we have elegant times together. I see quite a lot of M. Motter for we both work at the schoolhouse and we nearly die laughing over the funny things that happen there…. She is head of the Sunday School, too, and does a hundred odd jobs. She is new this year & is doing very well. She was in a camp town in Ky. once before, teaching & asst. superintendent, so it isn’t all new to her. She lives at Boys’ House.

Besides holding graduation programs for “quite a number” of students who finished eighth grade, Miss Motter was proud to report that five students became advanced enough for the first high school graduation at the Settlement School in 1932. One of these students was Norma Lewis of Putney, a granddaughter of “Uncle William” Creech, the School’s founder.

As a principal, Miss Motter did not dictate specific teaching procedures but gave the teachers freedom to present their subjects as they saw fit. She held regular meetings with the faculty as a group, as well as with individual teachers, preferring the latter. Although there were the usual minor problems in the classroom, the teachers did not encounter any major difficulties, as the “children showed courtesy and respect naturally” and were generally motivated to learn. She stated,

I think our workers as a whole appreciated the culture of the mountains and helped the pupils to value their heritage. We were careful about imposing our ideas too quickly or too forcefully, but we gradually brought new ways to their attention.

Miss Motter described the students’ enthusiasm for ballad-singing, folk-dancing, and putting on plays, such as “Midsummer Night’s Dream”, dramatic adaptations of the stories of Hiawatha, Robin Hood, and certain ballads, and a pageant depicting the School’s history. According to Ralph Lee Smith who wrote Appalachian Dulcimer Traditions, Margaret Motter owned “the earliest [Jethro] Amburgey [dulcimer] so far found that has a number and date on a paper label inside the lower left sound hole…number 18, dated May 16, 1929.” (Jethro Amburgey was a well-known Kentucky dulcimer-maker and teacher of the craft. For more about Jethro Amburgey, go to Revels Music.) 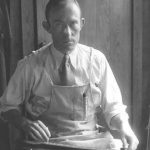 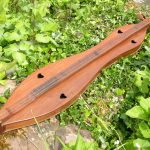 The MARGARET MOTTER NOTEBOOK contains notes from her teaching experiences that graphically point to the dramatic linguistic challenges that both Motter and the Community faced with one another.

Miss Motter was principal and teacher at Pine Mountain for ten years. In 1946, she returned to work as a field representative for the School’s publicity program and as head of the English department working under Arthur Dodd who had the appointed position of Principal of the School. She wrote of the changes she observed since she left the school in 1938 in an article “Time Marches on in the Hinterlands” for the November 1948 issue of Mountain Life & Work:

Perhaps the most obvious change is the extension and improvement of roads…. Heretofore transportation and travel were by a narrow, barely passable trail; now in many localities there is a gravel road or still better, one improved with black-top. What is responsible for this change? It may be…the increased activities in logging…little strip coal mines…[and] opening of a big coal mine such as the Blue Diamond mine….

This importance in roads has far-reaching aspects touching not only the economic but social life of the mountains….bus service…[brings] new life into the mountains and [takes] the mountain people out ….

She wrote of the positive effects of modern developments such as telephone, radio, and rural electrification and saw improvements in the people’s lives due to the efforts of Farmers’ Cooperatives, Farm Agent and Home Demonstration workers, and the Pine Mountain Health Association. Reflecting the mission under which she worked at Pine Mountain, she ended with this hope for the future:

Those of us who are deeply interested in the welfare of the mountain folk hope that through the right sort of educational program carried on in community centers and in good schools the fine, innate characteristics of these people will not be lost but rather adapted somewhat to changing conditions, so that life for these dwellers of the hills will be broader and richer in the future.

In one of her talks, “A MOUNTAIN SCHOOL” she speaks of making dreams a reality. She quotes from a poem, “He only is a dreamer who makes his dream come true…” The source of the poem is not told, but the sentiment resonated with Motter and appears frequently in her talks. 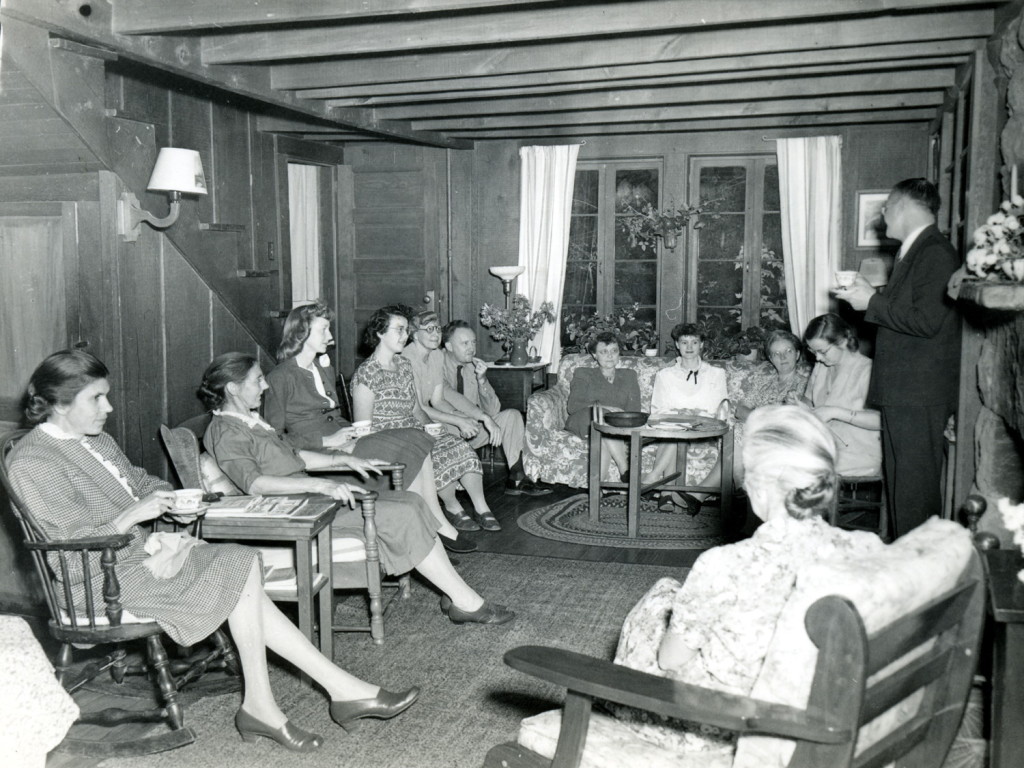 During her later years at Pine Mountain Margaret Motter was the primary representative of the institution for public relations and she spent some time on the road raising money for the School and giving short talks accompanied by slides that told of the work of the School. She kept a careful log of her journeys and of her reception at the various venues. Accounts of her promotional trips have been retained and are in the School archive. The MARGARET MOTTER PROMOTIONAL TRAVELOGUE provides a sense of the institution in the waning years of the Boarding School and how the School characterized its mission and future to prospective donors.

Following her departure from the School, Margaret Motter was active on the Advisory Board. She died at her home in Frederick, Maryland, on December 13, 1984, at the age of 91.

MARGARET MOTTER TALK 1933 Given to Class at College

For links to additional pages about Margaret Motter, see GUIDE TO THE MARGARET MOTTER COLLECTION