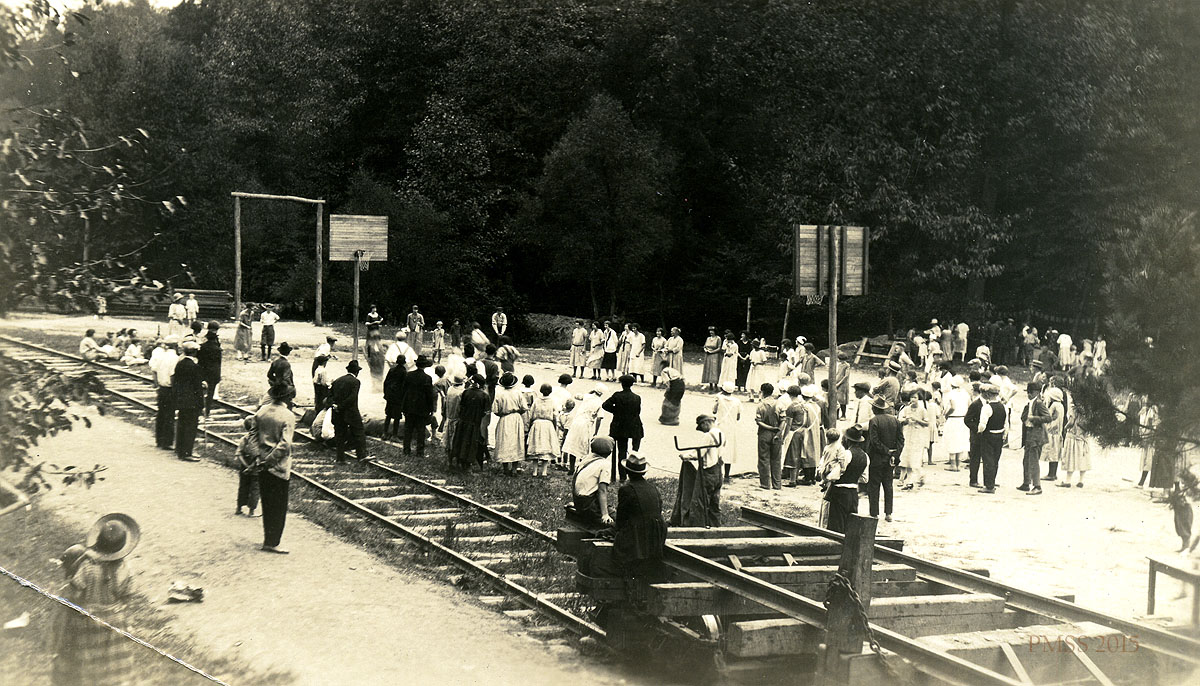 LAND USE Planning and Site Indenture 1913

The Coal and Coke Operator and Fuel Magazine, vol 12, 1911, describes the Kentweva Coal and Lumber Company as a very prosperous industrial operation located in Elkins, West Virginia. Their assets when they were accepted as a member of the Coal and Coke Operators Association was, according to the note in the magazine, estimated to be valued at $500,000. The value is not difficult to give credibility given the enormous logging operations that were at work in Eastern Kentucky, Virginia, and West Virginia in the first decade of the twentieth century. In addition to lumber, the bituminous coal reserves in the area were beginning to be mined heavily. Following WWII, the rates of timber harvesting and coal mining accelerated as did the population of this sparsely settled mountainous area of the United States.

The 1913 Site Indenture is the documentation of the land swap that allowed for the consolidation of land that was then passed along to Pine Mountain Settlement School founders, Katherine Pettit and Ethel de Long [Zande] by William Creech. The resulting tract of land formed the fundamental tract for the building of the Pine Mountain Settlement School. What Pettit seemed to realize in retrospect was the invasive nature of a rail-line running through the heart of the campus. Eventually the trees were harvested and the rail-line was removed. Pettit, especially, must have found the agreement uncomfortable, as she had left Hindman noting that the railroad was an increasingly invasive social influence on the lives of the people. Yet, Pettit and others at the School realized the value of the rail-line transport of goods and services to the remote new school.

Originally, planned as an extension of the W.C.T.U. Settlement [Women’s Christian Temperance Union Settlement] at Hindman that Katherine Pettit and May Stone had founded in 1899 in nearby Knot County, the new settlement location was immediately charted under independent direction. Pettit and her staff in the Harlan County site quickly divested of association with the W.C.T.U. (Women’s Christian Temperance Union) and eventually, from the direct association with Hindman Settlement School. (Note the strike-through in the Report on Proposed Pine Mt. School Site 1913.)  This independent action must have been quite welcome to the new independent pioneer group.

While the logging rail line was an affront, the new staff adjusted. Katherine Pettit’s dismay was perhaps the most acute. The other staff appeared to take the logging intrusion in stride. The agreement which allowed the timber company to build the narrow-gauge railway through the center of the new school land became a longer-term arrangement than first imagined, but the small railway played an important role for the institution during the earliest construction years of the institution. The rail was used to haul away giant trees of chestnut, oak, maple, and other timber by the Kentweva Coal and Lumber Company but it also afforded Pine Mountain Settlement School a much-needed system of transport for goods and services and eventually people across the steep Pine Mountain rail-line for a brief time. For Ethel de Long and also for the reclusive Pettit, it laid the foundation for the idea of The Road (Laden Trail) across Pine Mountain.

THIS INDENTURE made and entered into this 19th day of May 1913, by and between William Creech, Sr., and wife ___________ Creech, of Harlan County, Kentucky, parties of the first part, and the Kentweva Coal and Lumber Company, a West Virginia Corporation, with its chief office at Elkins, West Virginia, party of the second part.

WITNESSETH: That for and in consideration of the exchange of lands this day made between the parties hereto, receipt of which is hereby acknowledged, the parties of the first part have bargained and sold and do hereby bargain, grant, sell and convey unto said second party the following described tract of land in Harlan County, Kentucky, on Peter Branch of Greasy Fork of Kentucky River, and bounded and described as follows: 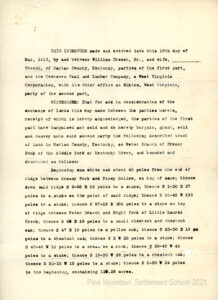