Ellwood Jerome Carr, who preferred to be called “Bud” throughout his life, was 95 years old when he died on March 26, 2005, in Brodhead, Kentucky. His long life as a naturalist was regularly punctuated with accomplishment and his contributions to southeastern Kentucky are well-known to those interested in the flora and fauna of this region. 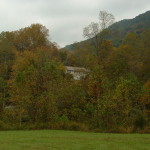 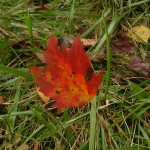 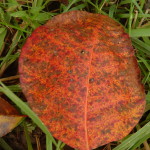 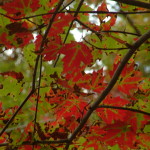 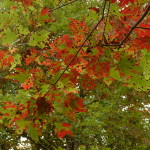 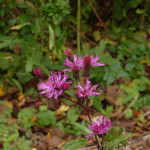 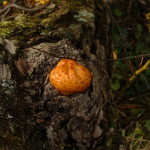 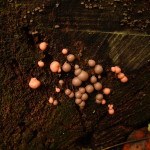 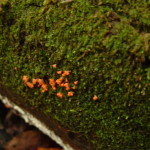 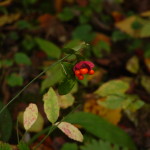 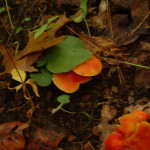 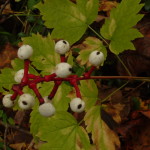 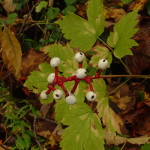 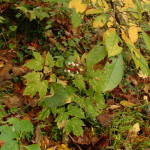 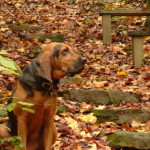 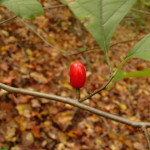 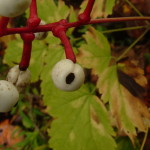 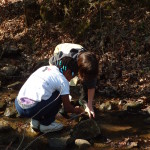 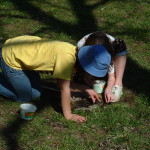 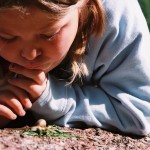 Carr was born on November 11, 1909, in Allegheny County, Pennsylvania. His parents were Susie Laux Carr and David C. Carr. Ellwood was educated in Pennsylvania and later moved to Indiana where he married Ruth Sexton. He apparently moved soon to the Sacramento delta region of California where he is described as farming a 2000-acre commercial farm along the Sacramento River. It was in California that his four children were born: Donald, Richard, Kenneth, and Dianne.

In 1954 he left California with his family to accept a job at the Henderson Settlement Mission near Middlesboro, Kentucky. He was 45 years old.

At Chenoa, Carr established a store called “Carr’s Store” that continued to sell craft and produce but added medicinal plants brought to him by local families. The severe downturn of the mining industry in the area led many families to “sangin” for a living. The ginseng plant, as well as “yellow root,” “bloodroot” and other medicinal plants,  could bring in some money for desperate families. Sympathetic to their need, Carr began to exchange goods for local medicinals and edible plants. It was this community interaction that brought Carr into direct contact with the botanical world and, from that point in time, a life-long interest in plants, particularly medicinal and edible plants of the southern Appalachians.

Through his neighbors in the Chenoa community and his own deep interest in botany, Carr taught himself to identify and classify a wide range of plants. He borrowed a critical volume of Britton and Brown Illustrated Flora from Union College and began to build his knowledge and his personal collection of specimens. His work became an obsession and one that later brought him recognition and consumed him for the remainder of his life.

The exchange of medicinal and herbal plants with neighbors no doubt helped some local families through hard times, but Carr and his wife knew the local economy needed a more sustainable income. They started a Community Center which featured a craft store and Carr and his wife began to teach crafts and gardening to the surrounding community. Ms. Amy McIntosh, his biographer, tells us that he once had over five acres of ornamental gourds which were used in craft enterprises at Chenoa.

While at Chenoa, Carr’s botanical expertise soon caught the attention of the Pine Mountain State Park in Bell County. In 1966 he was hired to give talks on edible and medicinal plants and to establish a garden of woodland botanicals for use in the Park’s educational programs. The garden no longer exists, but its creation allowed Carr to do a fieldwork project that proved invaluable to his plant education.

In 1967, Carr was asked by Mrs. Clyde Buckley to assist in the creation of a wildlife sanctuary near Frankfort, Kentucky, to honor her late husband. In two years, with Mrs. Carr’s money and his knowledge, the two had a sanctuary that covered some 235 acres and that had a charter from the National Audubon Society. Today it is still called the Clyde E. Buckley Wildlife Sanctuary and is a model for environmental education and training. However, following the retirement of its director, Tim Williams, in 2013, the Sanctuary came under the direction of the Life Adventure Center from Versailles, Kentucky. Carr’s innovative programming that included plant tasting workshops, identifying plants, and other botanical offerings, can still be felt at the Center, though it does not offer the full range of edible and medicinal workshops afforded by Carr’s expertise. 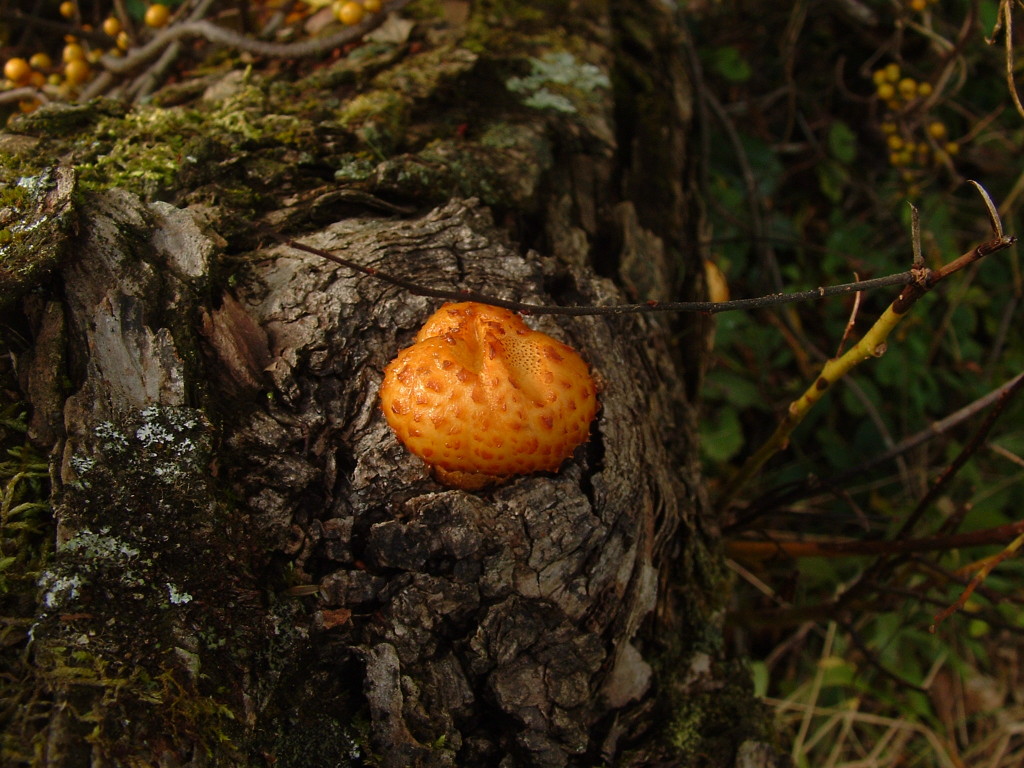 Though self-taught, Carr made a name for himself as a naturalist and was a valued member of the Living Arts and Science Center in Lexington, Kentucky, the National Audubon Society, and the Kentucky Society of Natural History. His work as a Folk Botanist was recognized in 1976 with his designation as the Kentucky Naturalist of the Year.

He also enjoyed writing and in the 1970s maintained a weekly article, “Strolling Through the Woods,” for the Lexington Herald-Leader which carried his knowledge of plant and animal life in Kentucky to a state-wide audience.

Though Carr was never employed by Pine Mountain Settlement School, he was well aware of the School’s efforts to maintain a growing Environmental Education program and had on several occasions visited and lectured at the School. He had a fondness for Mary Rogers, one of the founders of the Environmental Education program, and the two had much in common in their self-taught love and knowledge of plants in the Southern Appalachians. He needed little encouragement from Ben Begley, the coordinator of the Environmental Education program at Pine Mountain Settlement School, in his decision to donate his holdings to the School. His large collection of medicinal and edible plant materials with accompanying documentation was donated to Pine Mountain Settlement School in the last decade of his life and is housed in the Ellwood J. Carr Plant Center at the School.

The Ellwood J. Carr Collection is a critical component of the Environmental Education program of the School and a resource for scholars and students wishing to explore the broad-ranging field of edible and medicinal botanicals in the Southern Appalachians. Besides the large body of plant specimens, Carr amassed some 25,000 color slides of the flora and fauna of the southeastern Appalachians. The boxes of his notes capture the excitement of his discoveries and the labor he gave to his self-education in the complex and sometimes arcane world of botany.

From the late 60s until the early 80s, Carr amassed a collection of over 23,000 photographic images. Most of these were color slides which he utilized for lectures and to accompany published articles. He meticulously numbered and labeled all of his slides. In addition, he kept numerical and subject lists of all of the slides within his collection. 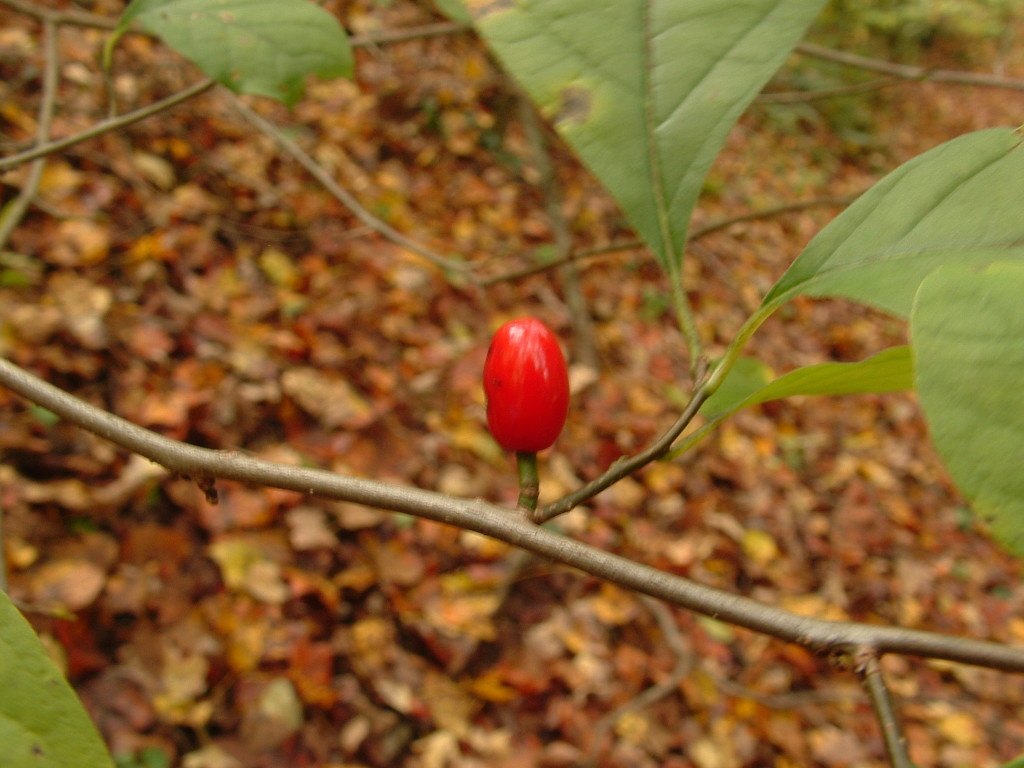 In 2005, just shortly after Carr died, Amy McIntosh, a graduate student at Eastern Kentucky University, was awarded a grant from the Kentucky Humanities Council to inventory his life-long collections and to develop a reference biography for him. Assisted by Emily Osborne, an undergraduate history major from the University of North Carolina Asheville, Amy McIntosh has brought this collection within reach for scholars and students wishing to explore more fully the work of Ellwood J. Carr. The unique holdings found in this large study collection and Ellwood J. Carr’s notes provide an unusual opportunity for the study of folk botany, edible plants, and medicinal properties of specimens found in the Appalachian region.

The results of Ms. McIntosh’s work was published in the Winter 2006 issue of The Lady Slipper, 21:4. The biographical detail and collection information in this account is derived from the work she completed at Pine Mountain Settlement School. 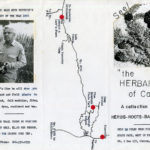 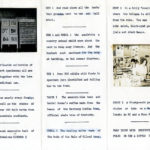 In every workshop or lecture Carr presented, he was cautious to warn participants against using wild plants without a solid knowledge of plant identification. An original poem written in longhand in Carr’s notes indicates his respect for native poisonous plants:

Consider this tragic and
tear jerking tome.
Of the girl who went wild
in the woods all alone.
Without looking at her books
or considering their looks,
She nibbled some roots
and tasty young shoots,
And dropped dead before
she got home.