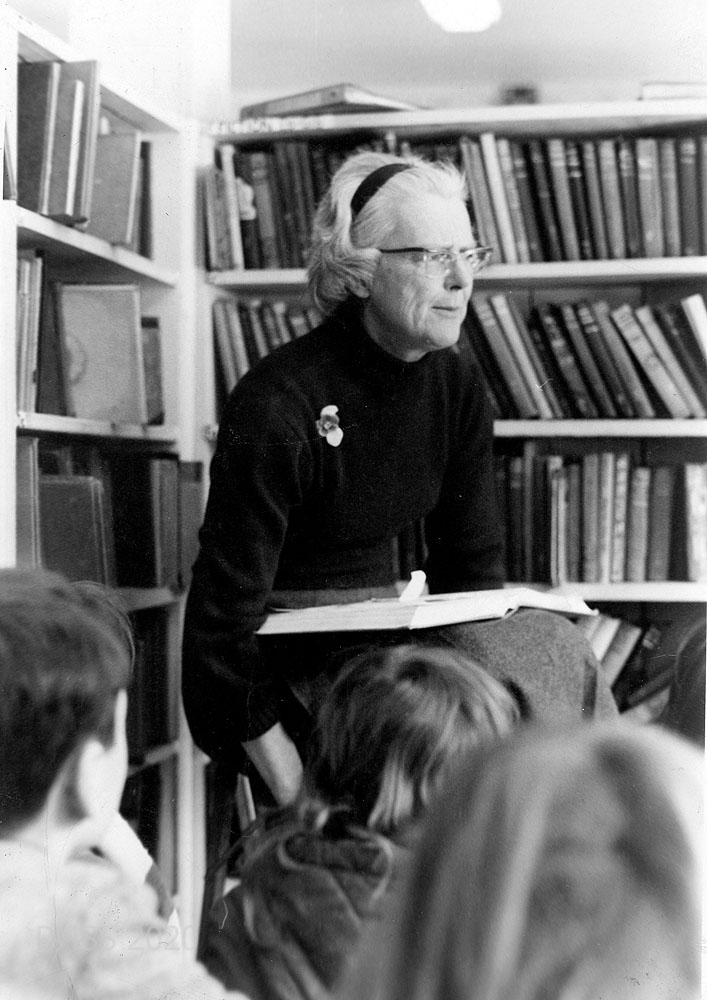 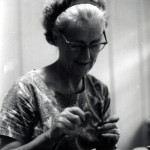 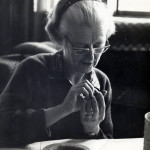 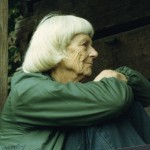 Mary Rogers was the wife of Burton Brush Rogers, director of the Pine Mountain Settlement School from 1949 to 1973. Much loved and respected as a couple by their many friends and associates, each left a distinctive and significant imprint on the School.

Mary Rogers was born January 7, 1914, as Mary Blagden. She grew up in the village of Greenham just south of Newbury in Berkshire County, England, as the daughter of the local vicar. Her earliest appreciation of the environment is described by Craig Evan Royce in his book “Country Miles Are Longer Than City Miles: 30th Anniversary Edition (AuthorHouse, 2007):

She was born in England in a vicarage that bordered eight miles of unspoiled heather common and as a young girl spent hours alone moving quietly within the heather and moss. She vividly recalls the feel of the sphagnum moss on the soles of her bare feet.

Mary attended Lady Margaret Hall, Oxford, and then the Institute of Education at the University of London. it was at the University that she first met her husband in 1935 while he was there completing his Master’s degree in education. After Burton Rogers graduated and returned to China, where he had been teaching English, he continued corresponding with Mary, who was by then serving as Principal at a school in Murhu in the Ranchi District of India.

In the summer of 1940, Burton traveled over the Burma “Hump” to visit Mary in India, where they were married. Mary followed Burton back to China, where the two continued teaching for another year before the political developments following the Second Sino-Japanese War became too dangerous for them to continue working there. 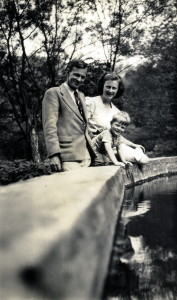 By 1941 Burton and Mary were living in New Haven, Connecticut, where Burton had begun work on a Doctorate of Religious Education at the Yale Divinity School. During this time, Burton and Mary explored possible rural locations in which to work after Burton received his doctorate. According to information provided by their family, Burton and Mary were interested in “a rural setting that offered education beyond standard academics.”

As quoted by Craig Evan Royce,

…We were dissatisfied with the teaching of rural people in India and China where the school curriculum had nothing to do with the experiences of life, so when we got back here (America), we wanted to get to a rural school where the whole curriculum used the skills, abilities, and interests of the rural person as a medium for education. We were told (by a former pastor) Pine Mountain Settlement School was the best place for this… It was the most imaginative work in education of rural children anywhere in the country and we asked if they needed us there.

They indeed found the ideal workplace at Pine Mountain Settlement School and, in June 1942, came to Pine Mountain, Burton as a counselor and teacher, and Mary as a housemother at Far House.

They continued their interest in China, but were never able to return there. In 1945, however, they traveled back to India to serve two years as staff for the American Friends Service Committee. In 1947 they returned to Pine Mountain, where Burton continued as a counselor/teacher while Mary taught classes in social studies during the last years of the boarding school. In 1949 Burton became principal of the new county elementary school and also assumed the role of Director of the Settlement School, a position he held until 1973.

GALLERY: MARY ROGERS and her family 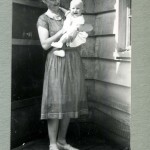 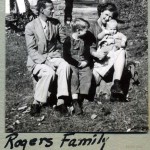 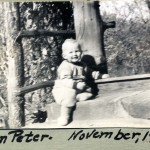 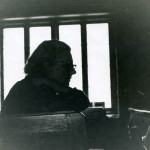 Mary Rogers in the Chapel directing the Nativity Play. [X_100_workers_2601b_mod.jpg] 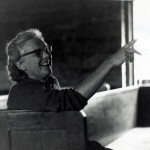 Mary Rogers in the Chapel directing the Nativity Play. [X_100_workers_2601c_mod.jpg] 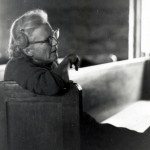 Mary Rogers in the Chapel directing the Nativity Play. [X_100_workers_2601a_mod.jpg]

Mary Rogers directing the annual Nativity Play in the Chapel.

It was Mary Gould Davis, retired children’s librarian of the New York Public Library, who encouraged Pine Mountain to rejuvenate their library for use by elementary school students. Not only did Ms. Davis donate many books by top-rank authors to fill the shelves, but she also guided Mary Rogers through the many aspects of running a library such as obtaining, cataloging, binding, checking out, and displaying books. But perhaps the greatest impact was her insistence that the librarian should also tell stories.

Though reluctant at first, Mary Rogers soon re-kindled her childhood joy of bringing a story to life. Soon she was telling the classic European fairy tales, then American folk tales, great children’s literature (Kipling, Graham, Potter, Brunhoff, and many others), and stories and legends from different cultures all over the world. For many students and visitors, their fondest memories at Pine Mountain are of Mary’s vividly animated and riveting tales. 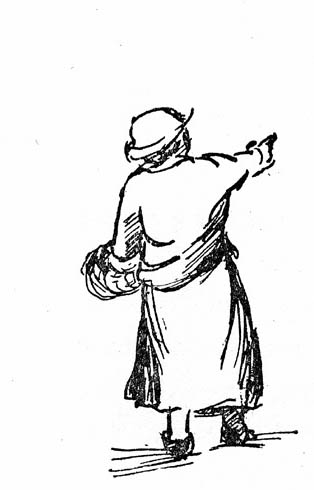 “…It could be Mrs. Pettit…a stalwart figure seeing that something which needs doing is being done.” Illustration by Mary Rogers, 1963. Source: Pine Mountain Album 1913-1983.

Anyone who knew Mary Rogers might immediately recall her delightful line drawings that embellished many of the publications, such as Christmas cards, note cards, calendars of the Pine Mountain Settlement School and the pamphlets, Pine Mountain Album 1913 – 1963 and The Pine Mountain Story 1913 – 1980. According to Craig Evan Royce, “As a young girl, Mary Rogers was moved by the work of Beatrix Potter and began drawing at a very early age.”

Her works could also be found in many 1950s issues of the quarterly, Mountain Life & Work, for which she served as staff artist. The several books that carry her illustrations include The Appalachian Square Dance by Frank Smith, Mountain Dooryards, a book of poetry by Dora Read Goodale, and Nippy and the Yankee Doodle, a collection of folktales by Dr. Leonard Roberts, and several booklets of songs and games, etc., published by the Cooperative Recreation Service. Her sketch studies of local violets still hang in the living room of Laurel House [2017].

Always creative, she applied her hand to many diverse art forms such as: carving both realistic figures and abstract designs; modeling clay figurines; knitting finger puppets; shaving twigs into wooden flowers; creating jewelry from dried lichens or from sections of pipevine or other inspirations from nature; some of which she sold through the School’s gift shop. People fondly remember her arrangements of local flowers for the Chapel altar.

Mary Rogers was also keenly interested in the environment and became a self-taught expert in ecology. When Harlan County built a new consolidated elementary school ten miles away and Pine Mountain had to change to a new educational program, she and Nancy Sather promoted taking advantage of not only the campus but the surrounding land and cultural heritage to teach and inspire students and adults of the region in the values of their surroundings through environmental education (EE). She helped develop and teach environmental education classes from 1971 to 1992. Mary also served as interim EE Coordinator when necessary.

Her heartfelt approach to environmental education is captured in her document “Uncle William’s Mandate to Pine Mountain,” a planning document for outdoor education at the School drafted in the late 1960s. 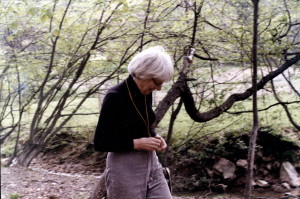 According to Craig Royce in his book Country Miles Are Longer Than City Miles, “…Mary Rogers is a lady, a spirit, at times almost elfin as she moves among the flora and humanity of this valley ….”

Her knowledge of the natural world was called upon as a resource by her colleagues as they worked to update and expand the School’s environmental education program. 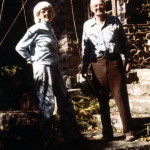 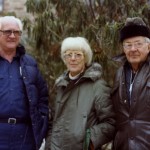 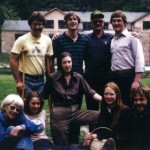 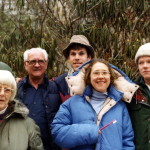 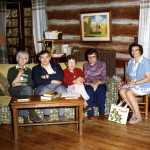 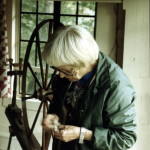 Mary Rogers always saw the Pine Mountain Settlement School campus as her extended classroom and never lost her enthusiasm for sharing the many natural wonders of the place. Teaching in the environmental education program clearly brought her joy. Milly Mahoney, a close friend, recounts her eulogy when the pastor said, “For 21 years she was deeply dedicated to the work of the stewardship of the earth. She taught and taught and taught … the sacredness of the soil, the gifts of God in air, water and growing things and the responsibility to care for the creation.”

Mary Rogers’ early understanding of the spiritual aspects of environmental education is also described by Milly, who served as teacher, office staff, a member of the Board of Trustees and briefly interim director of the School and often was asked to speak for the School. Here, she was invited to address the Harlan, Kentucky, chapter of the D.A.R. when she reflected on her friend Mary:

I want to single out one thing that was supremely important to Mary … the spiritual aspect of environmental education. This spiritual aspect is not really absent when you see lovely pictures of trees, flowers, birds and butterflies, or have the personal experience of walking trails and visiting buildings, but we don’t always put it into spiritual words … Mary thought in spiritual terms — very “ordinary” experiences had spiritual meaning for Mary. From her early years this was combined with a keen appreciation of nature. In her later years she kept a little notebook in which she occasionally jotted down thoughts and feelings.

Milly Mahoney then shared one of Mary’s childhood recollections gathered in her small diary. It is titled “The Wild Rose”:

There were not many “pretty” walks round Little Commons in Sussex (near Bexhill). We spent summer holidays there at our grandparents’ for many years. At home we were used to roving at will over our Common at Greenham in Berkshire, with its distant views of the Hampshire downs and its heather and gorse expanses with their marshy gullies and surrounding farms and woodlands. We found the Sussex countryside drab, but we were used to going for walks, and one summer when I was 7 or 8 we went for a walk to the “High Woods”, with our governess and our aunt.

I recall it as one of those grey days when nothing looks interesting. As we went along a lane between hedges I stepped to the ditch line to look at a wild rose, pale pink and delicate with a golden heart of stamens. As I looked into its face I found myself repeating lines of a poem I loved,

“Ah, no man knows through what wild centuries roves back the rose.”

Suddenly time disappeared and I seemed to be looking down the vistas of eternity.

That moment has stayed with me, and when I later read that Brother Lawrence’s tree had been a deep experience for him I recalled my rose. When I saw it the first time I consciously realized that all of time and space experienced as everyday time was unreal compared to this experience. A new dimension was to be with me and stayed [with me] for the rest of my life. Yes, we were living in the temporal, but nothing can be limited by time. That consciousness has never left me.

I couldn’t put it into words at the time, and didn’t want to. It was personal and interior but all pervading.

Mary and Burton Rogers had two sons, Christopher and Peter. On Earth Day in the Spring of 1993, Mary Rogers died of cancer. Burton moved to Lexington, Kentucky, to be near family, medical care, and the Lexington Friends Meeting Circle. Burton died on June 18, 2007, at the age of 98.