*Mary Rogers’ letter to “Ruby” Yocum, dated December 12, describes in detail the preparation of the annual Nativity Play and the many delights and challenges that Mary Rogers faced as she prepared the cast for the play. The cast was comprised of local children and, typical of the age, many of them needed some “nudging” to cooperate.

This letter was among items sent to Pine Mountain by the family of Ruby Yocum Thatcher in 2011. 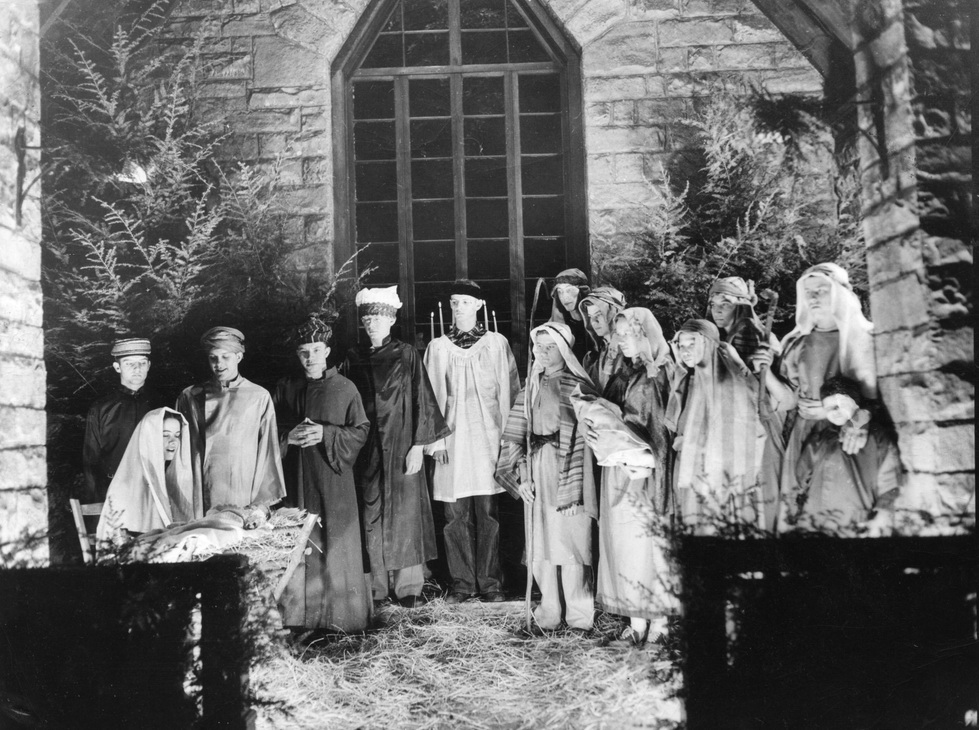 I wish you were going to be here tomorrow. Many of the same kids as last year are in the play. I started out with others but Billy MacQueen thought he could “sass” me all the time and kept the others giggling, so Wilma Boggs and he went out and my trusted Sonny [Begley] came in, and Tom Ely again! Now Sonny was sick for the dress rehearsal and I don’t know if he will be well tomorrow, and rather than re-instate Billy (who rather wanted to now!) I’m having Kit to come down from the prophet’s stand, shed his head-cloth behind the trees and emerge as a shepherd. I do hope Sonny will be well enough. I’ve still got my fingers crossed about Tommy Scearse as a King, but so far his desire to shine (which he does, he looks gorgeous) has out-weighed his desire to play the fool. He came in with many reservations on my part. Jack [Cornett] makes one of the best prophets we’ve had. George Washington C. [Couch] is Simeon so we have to use short candles! Stephen [Steven] Hayes is Shepherd lad, Sue Day singing sweetly gently & in tune is Mary! She sings unaccompanied.

Come and see us Ruby. There is so much to talk about and I’m such a poor hand at sitting down to letter writing. It was good to have Mary Taylor and her mother over here the other day.

This brings much love and every good wish from us all.