Ruby Yocum Thatcher, a graduate of Berea (Kentucky) College, was a teacher of seventh and eighth grades at Pine Mountain Settlement School from 1950 to 1953. 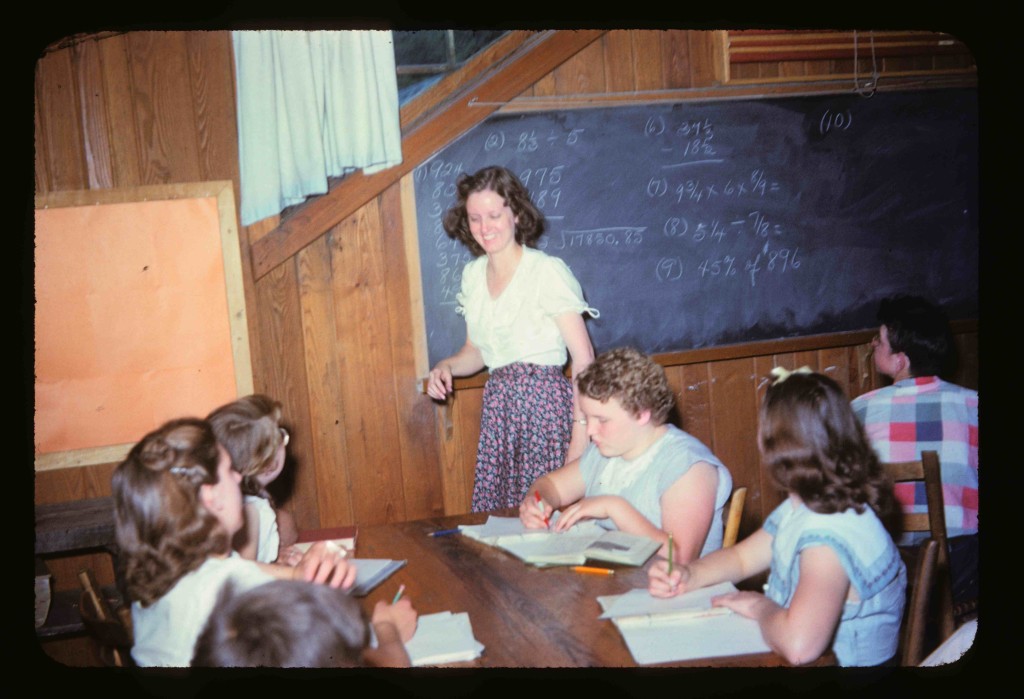 Ruby Yocum was born in Lincoln County, Kentucky, on May 17, 1923, to Page Wolford and Lucille Hadley Yocum. Ruby was valedictorian of her high school class, and attended Berea College, the first of her family to attend college. During WW2 she took a break from college to work for the FBI in Washington, DC. Following her graduation from Berea, Ruby came to Pine Mountain in 1950 as a teacher in the new elementary school program called the “Community School”, created after the closure of the Pine Mountain Settlement School boarding high school in 1949. She was one of the most beloved teachers in the new program.

Ruby married Hibbard Thatcher (1925 – 2006), in the School’s Chapel in November 1955. The couple had two sons: Alan and Jonathan. In 2011 Alan donated his mother’s photograph album from her Pine Mountain years and several letters to the Pine Mountain Settlement School archive. Just following his mother’s death he also sent a small box of slides made during her years at Pine Mountain. 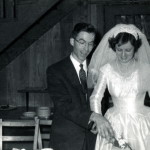 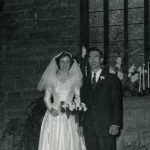 Ruby’s husband Hibbard was from Lookout Mountain, Tennessee, a prosperous suburb of Chattanooga. He had a peripatetic college career, attending the University of North Carolina and Indiana University at various times. He had a strong social conscience which led him (along with his Quaker background) to register as a Conscientious Objector during WW2; his alternative service included participating in a hepatitis experiment and crewing a cattle boat to postwar Poland. He was also an activist in the nascent Civil Rights movement. Ruby and he shared an enthusiasm for folk dancing, and their first meeting was probably at a folk dance weekend at Berea. Dancing was a constant for the 50 years of their marriage.

Ruby had gained her Master’s Degree in Education at the University of Kentucky-Louisville, and was teaching school there when she and Hibbard were married. Following the birth of their first son Alan (1956), they moved to Nashville, where they lived for the rest of their lives, mostly in a house they bought in 1964. Hibbard, having attained a Master’s Degree in Social Work, worked in that field for many years. Ruby taught in the Nashville Public Schools and Nashville’s Jewish Community Center. She was also very active in the Brookemeade Congregational Church. Their house was a busy one in the 1960s and 70s, with folk dancers practicing on the lawn, civil rights activists passing through, and many committee meetings from Ruby’s church and Hibbard’s Quaker meeting.

The dance interests of the couple resulted in their founding the Nashville Country Dancers which brought their enthusiasm for dance to their community. They also kept up with the Berea Country Dancers, and with that group made tours of England, Denmark, and China. In the early 1980s Ruby and HIbbard founded the Playford Ball, an annual gathering of English Country Dancers that became a nationally recognized event and that continues today. It owes much to the Berea Country Dance School in which both of the Thatchers participated.

Ruby’s health faltered in later life, with diabetes, heart disease, and a stroke in 2001 that left her partially disabled. However she and Hibbard were determined to stay in their house and had it remodeled to accommodate her. Despite his own increasing age, Hibbard took on much of the duty of caring for her.

After battling back from a severe MRSA infection, Hibbard Thatcher died on August 5th, 2006, at the age of 81. Following Hibbard’s death, Ruby moved to an assisted living facility in Mountain View, California, near her son Jonathan and his family.

In September 2010, the School received notice from her older son, Alan Thatcher, that Mrs. Thatcher had died on Tuesday, August 31, 2010, at the age of 87, after a stroke. She had been briefly hospitalized at El Camino Hospital in Mountain View, where she died. She was buried in Buffalo Springs Cemetery, near Stanford, Kentucky, close to her birthplace.

The following is a partial text of the message from her son Alan sent to Pine Mountain in September of 2010 :

I am writing to tell you that my mother, Ruby Yocum Thatcher, who graduated from Berea and taught at Pine Mountain in the early 1950s, has died at the age of 87. Ruby was a Pine Mountain supporter her whole life, and sometimes came back to visit, though the last time would have been many years ago. she and my late father [Hibbard Thatcher] were married in the little chapel there in November 1955. A woman named Ruby Lanier who was, I think, staff at Pine Mountain, was my mother’s mentor at Pine Mountain and was later my godmother. [Note: Miss Lanier was the secretary and bookkeeper in the Office from 1947 to 1962 or 1963.]

I am preparing for Ruby’s memorial service this coming weekend and looking through boxes…of old photos for good ones of Ruby to display. I found a number of Kodachrome slides of Pine Mountain scenes some years back and sent copies to Pine Mountain, which pleased my mother….

In a box I opened today, I found photos taken, apparently, just before or after the wedding, around Pine Mountain…. There is a building that I believe is “Big Log” with evergreens in front of it. And there are shots my parents took of each other in what looks like a very rustic building, including…the wood-paneled kitchen. There is also a very sweet photo of a middle-aged couple holding hands and sitting in a quiet rustic room. There’s also one of the man washing dishes! I have no idea who these people are. But it seems to me that these must have been someone important at Pine Mtn, and I’d be happy to send along a scanned copy of these photos to see if anyone there can identify the people and places.

If I turn up any really great photos of Pine Mtn. I will be sure to scan it in high quality and send it.

P.S.: On our way to North Carolina, my family and I stopped at Pine Mtn several years ago. It’s a beautiful place and easy to see why my mother loved it so.

A later letter from her son Alan in September 2011, accompanied an album of photographs and some correspondence found among her papers that related to her years at Pine Mountain.