In 1953, Gerna Campbell was hired as principal of the Community School, a day-school elementary education program which was instituted in 1950 following the closure of the  Boarding High School program in 1949. In his letter to Ruby Yocum Thatcher, dated May 27, 1954, he offers the former PMSS teacher a position in the Community School and also provides substantial information regarding the many accommodations necessary in the transition to the new  School.

His wife Cora Lee Campbell was also a PMSS teacher. During their years at PMSS, Gerna and Cora Campbell and their daughter, Barbara Campbell, lived in Doctor’s Cottage (also known as Jubilee House).

As of the 1930 United States Census, Gerna Campbell was living in River, Letcher County, Kentucky. He was born c. 1916 in Kentucky to John and Arminta Campbell. He had four siblings: Arthur, Grace, Eunice and Louisa. 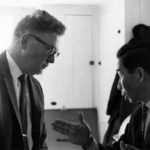 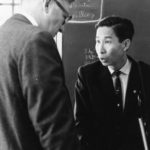 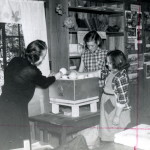 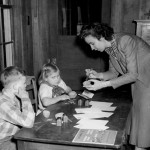