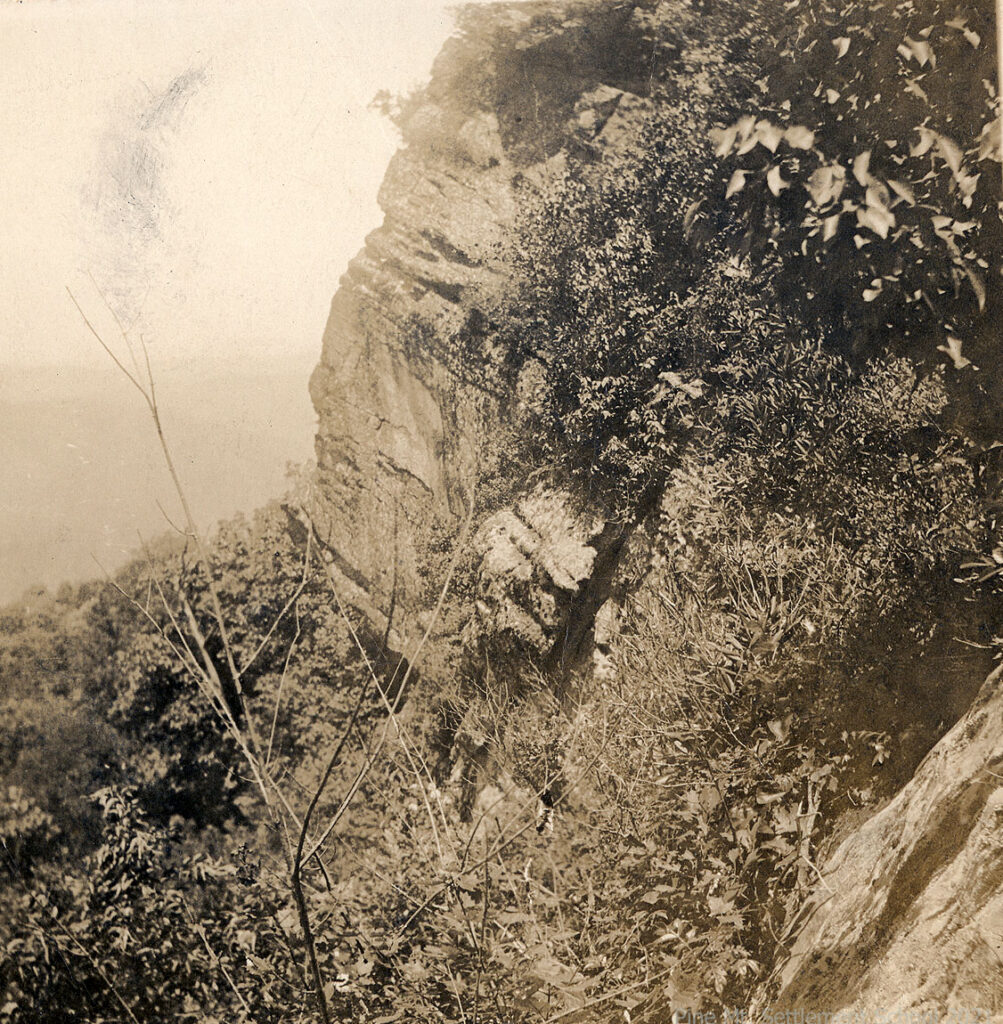 Nolansburg, a station on the new “Black Mountain and Wisisto Railroad,” is the nearest railway station. This station by air line is only about two miles away, but by the present trail over Pine Mountain, the distance is some four or five miles. The land included in the present proposed donation lies in the heart of the largest mountains in Kentucky and is rather typical of this section of the mountains.

There is some disagreement as to the size of the tract on which the buildings are to be constructed (the Wm. Creech land). There seems to be some dispute as to whether this tract contains 108 acres or 168 acres.

The tract included in this area has for its southern boundary a line along the top of Pine Mountain and for its northern boundary a line some fifty yards from the foot of the opposite mountain on the north. The land thus lies in a rectangle with the length north and south some three times the width east and west.

Between these two mountains, there are ten or twelve acres of low land (bottom), a large portion of which is now swampy, which before it can be cultivated must be drained. The streams that flow through these bottoms have a rapid fall and no doubt this land can be very easily drained.

The slopes at the base of these mountains are rather gentle and can be cultivated successfully. Also, some of the more gentle slopes on Pine Mountain may be cultivated. This mountain is now covered with forest which contains a large quantity of valuable timber.

The adjoining tract of land just west of this area contains a much larger amount of bottom and gently sloping land. If this tract can be acquired, the proposed site would be much more valuable if agriculture is to play a very large part in the school.

The soils in this area are typical of this section of the eastern coalfield (the upper coal measures). However, the soil on Pine Mountain has been somewhat modified by the presence of limestone outcropping in the upper portion of the mountain due to the great Pine Mountain fault), and fragments of limestone of various sizes are found in the hill some distance below. Numerous fragments of sandstone are also found in the soils of this mountain. In some places, these stones are much more numerous than in others. In some places, there are practically none.

The well-drained soils in the bottom are the sandy loams typical of the bottoms along the small streams in this section, while the poorly drained soil is more silty in its nature. 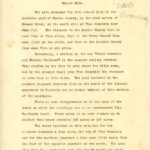 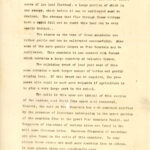