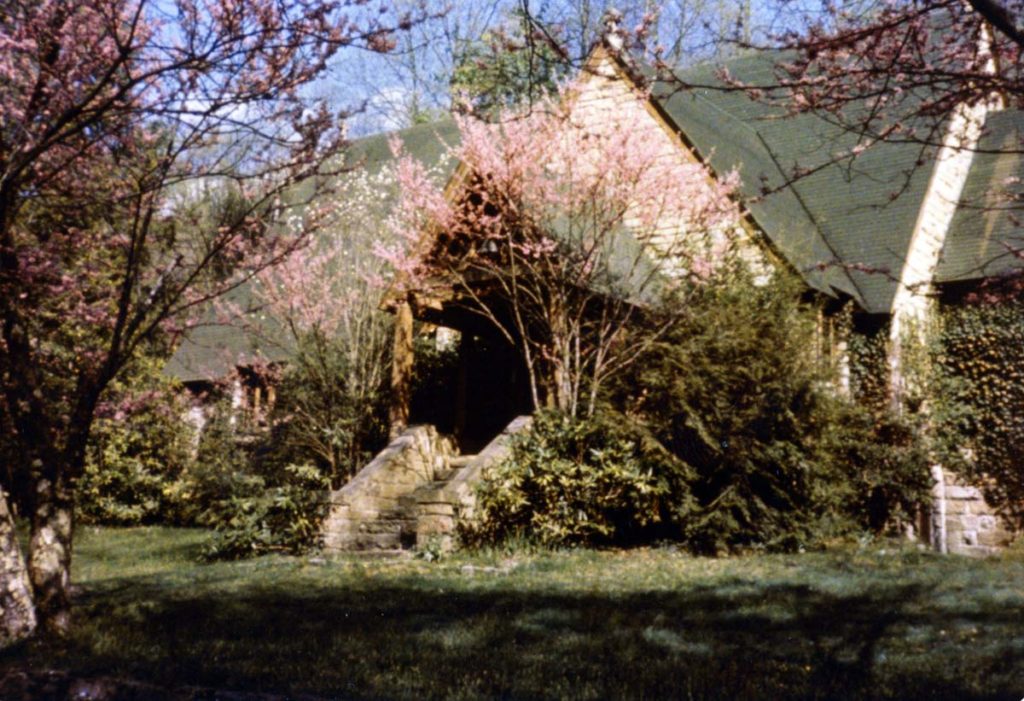 In a country riven by denominational feeling and even inter-denominational feeling, where theology has never been related to a Christianity that was in daily practice, the School has tried to lay a foundation of religious ideals in the children’s lives that would help them work and live with others, regardless of church membership. At the dedication of the second Mary Sinclair Burkham Schoolhouse, Mrs. Zande, in speaking of the installation of the corner-stone, she said to the children gathered for the service

You must remember that you have responsibilities too. You must make your lives count for others. Do you know that once, when the people in Harlan County were giving money for the road [Laden Trail] there was a man who wouldn’t give a single dollar? They told me he was the richest man in the county; he had fine clothing on and looked prosperous, but he couldn’t give to something if it wasn’t for his own benefit. That man hasn’t made a success of his life. Here at Pine Mountain, we don’t think anyone is successful in life if he hasn’t made it count for somebody else. I want you to think of this every time you see this stone [Dedication stone[s]. If you are rich, and wise, and healthy, and there are poor and ignorant, and weakly, if you don’t help them, you are not living up to the teachings of this school.”

Religion at Pine Mountain was so often referred to as best reflected in good work.  Yet, the rituals of familiar religious service were also practiced at many events but often in a unique manner.  The Christmas Nativity Play, Thanksgiving, a hiking trip to Jack’s Gap where St. Francis’ Canticle of the Sun was read — beautiful and simple describes many of the services at the School. Always reflective of a religion that constantly found inspiration in the beauty of God’s work as well as the beauty of his word,  and as well as the beauty present in the place.

The Chapel has always been a center for more formal religious services such as Vesper services where staff, during the Boarding School days would prepare and present a talk on a variety of topics. Again, Evelyn K. Wells comes back to Ethel de Long Zande in her history of the School and describes Zande’s talks as “vivid illustrations and warm and living Christianity,” that were always related to the lives of the children she served in her short life. 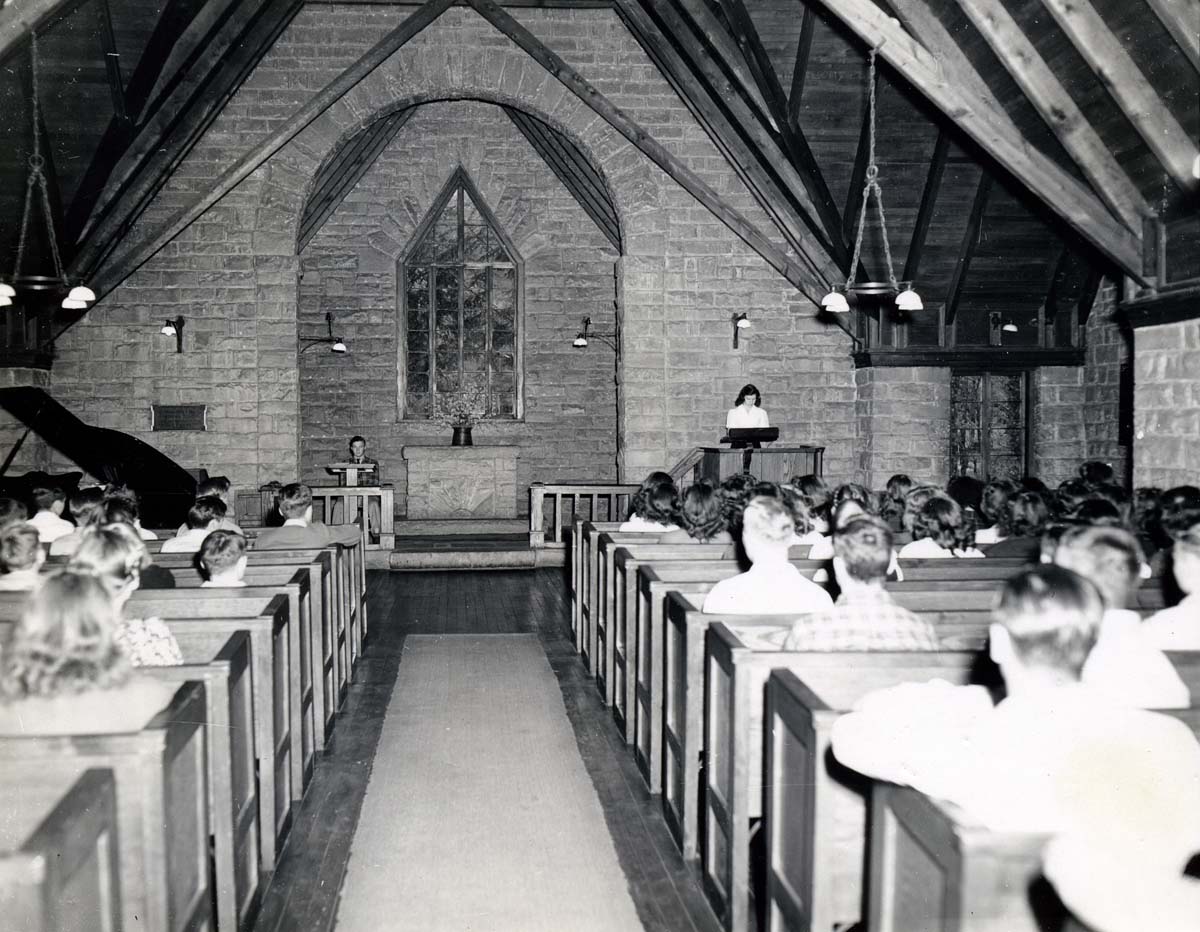 The Children have never been encouraged to think that the verbal profession of Christ was important at this stage of their lives; rather, we have been confident that the seeds should be laid and left to germinate; that permanent good developed slowly. It has often been difficult for us to persuade visiting preachers that what seemed to them a golden opportunity to urge a promising group of young people to make a public confession, should not be seized. Once or twice, however, there have been baptizing here. In April 1922, twenty-one boys and girls were baptized into “the church universal”, mature young people who when the chance came to them, would enroll in the church of their choice.

This early observation of religious life at the School has been filtered very differently down through the years.  As new Directors of the School have come and gone, the religious life has often changed its focus while remaing non-sectarian.  Yet, in later years the School adopted many elements of sectarian religious practice.  Some of the Directors were graduates of theological schools, such as Glyn Morris, whose training at Union Theological School was guided by his progressive views of social justice. As Wells indicated in her early narrative, many preachers have visited the School and have introduced other ways to express a Christian life.

Prayer before meals was common throughout the boarding school days and was often sung by the students as a series of rounds.  And, house prayer services were often held with the children dependent upon on the interests of the house mothers or the students.  Generally, while children were at the school as boarders they were required to attend church and Sunday school services which often varied in their sectarian offerings. During 1922-23 the Methodist minister from Harlan was a regular monthly visitor. Berea has often sent ministers to the School who had both formal services and informal meetings with students and with staff. Yet, while there have been strong outside influences and periods of intense sectarian activity at the School, the atmosphere has always been one of tolerance for the religion of others and an unwavering religion of service to others.

To read more about religious life at Pine Mountain School and in the community and to explore some of the personally held religious beliefs of the School staff and students, follow the links below.

“A Funeralizing on Robber’s Creek”

A GUIDE TO CHRISTMAS AT PMSS