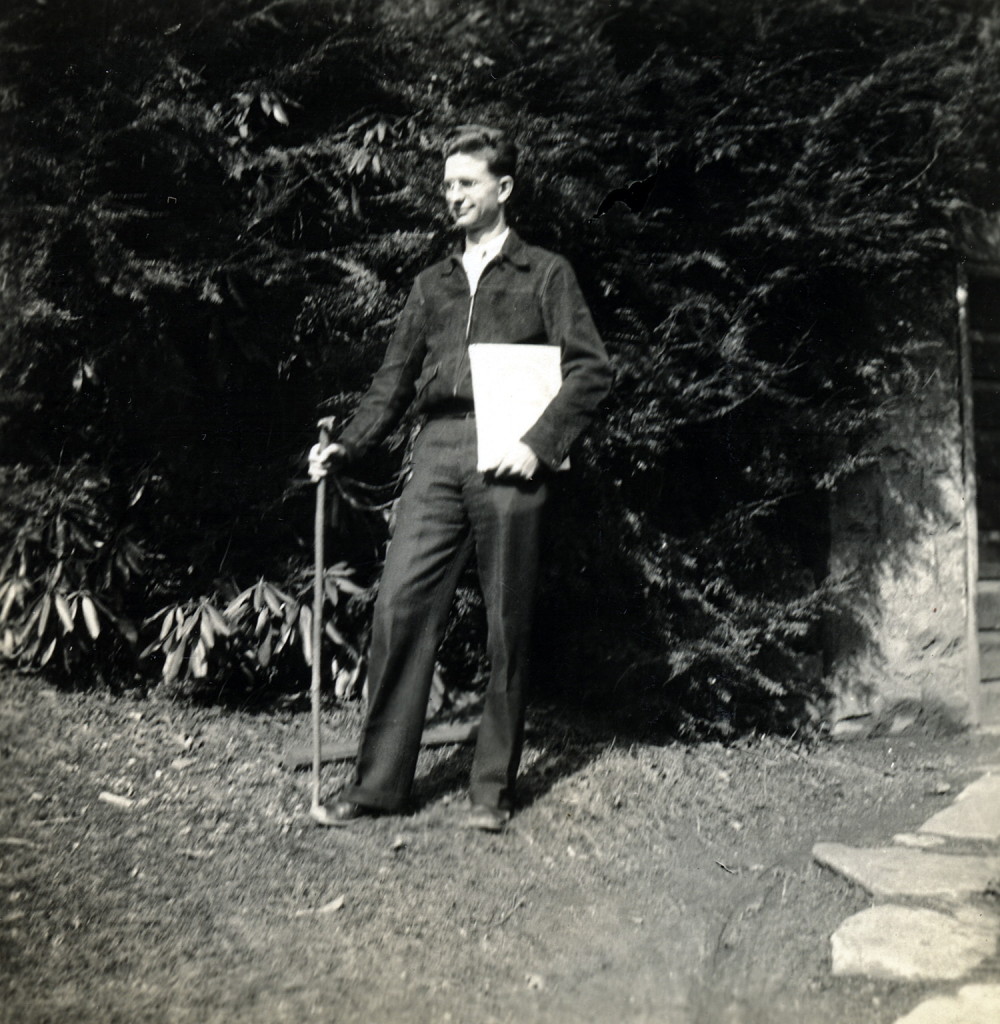 Arthur W. Dodd, Jr., was born on January 9, 1908. During World War II years, he enrolled in the V-12 Program for Navy Officers at Berea (Kentucky) College, a program that was designed to supplement the force of commissioned officers in the United States Navy and Marine Corps. He left that program before completing it and attended Duke University in Durham, North Carolina, for a short time.

Mr. Dodd spent 17 years at Pine Mountain Settlement School, serving in a variety of roles: two years as business manager; a total of five years as teacher of history, printing, English, music, and science (1942-1945 and 1947-1949); and school principal from 1934 to 1949. His work as a principal included interviewing prospective students. The Boarding School years under Dodd’s direction were some of the most creative and active years of Pine Mountain. 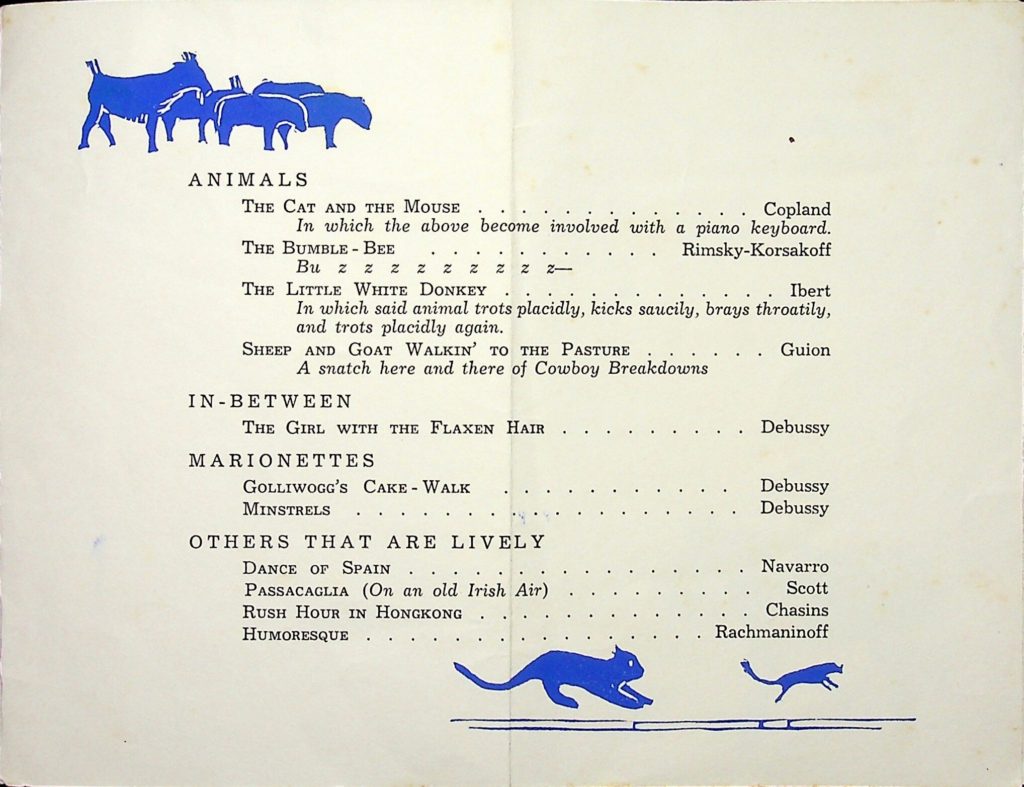 Arthur Dodd was a consummate musician. He played the organ and piano and was frequently called upon to play for events, give concerts, and instruct students in music. 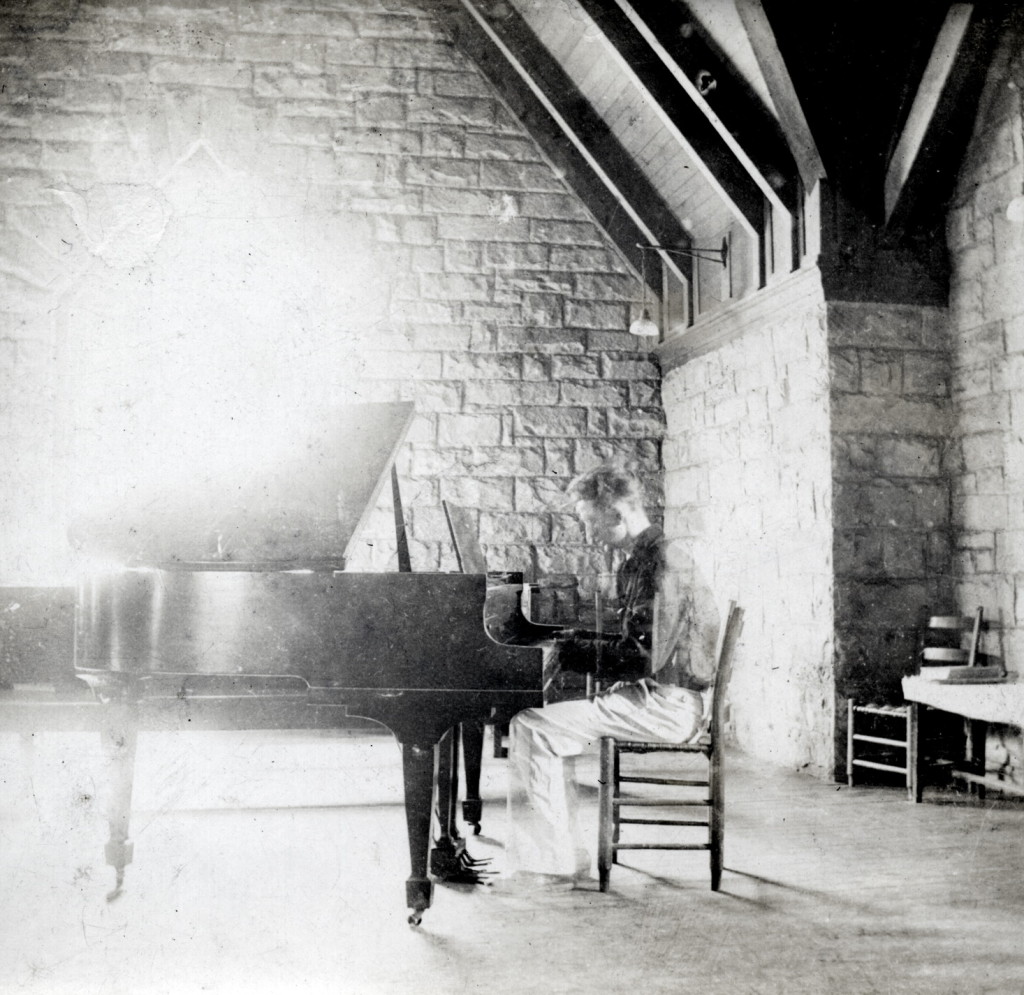 In 1942, he was asked to serve as acting director for the School, as reported in the October issue of Notes From the Pine Mountain Settlement School,

Early last spring Rev. Glyn A. Morris, Director of Pine Mountain, volunteered as Chaplain in the army, and left for service on May 15th, on leave of absence for one year…. Mr. Arthur Dodd, Principal of the School, and for ten years a worker here, was asked by the Board of Trustees to assume leadership until August 1st, when Mr. William D. Webb came to Pine Mountain as Acting Director.

The departure of Glyn Morris was quick and presented a significant dilemma for the Board of Trustees, as administrative staffing at many schools during the war years was very thin. The departure of Morris was also a personal blow for Dodd as they worked well as a team. The Board of Trustees received a complaint against Glyn Morris that brought his continuing tenure at the school into question. It was Arthur Dodd who championed his colleague and friend and wrote a letter to the Board of Trustee Secretary Evelyn Wells requesting that Morris be re-hired following the war service. Dodd’s letter was endorsed by the majority of the staff at the School at the time but did not succeed in keeping Morris at Pine Mountain. Dodd stayed on. When Morris returned to the area, not at Pine Mountain but to Evarts, under the Harlan County School System and the direction of Superintendent James A. Cawood, Dodd followed him to Evarts. The two worked together for a brief time before Dodd accepted the position of Principal of the Navajo Mission School in Ganado, AZ. 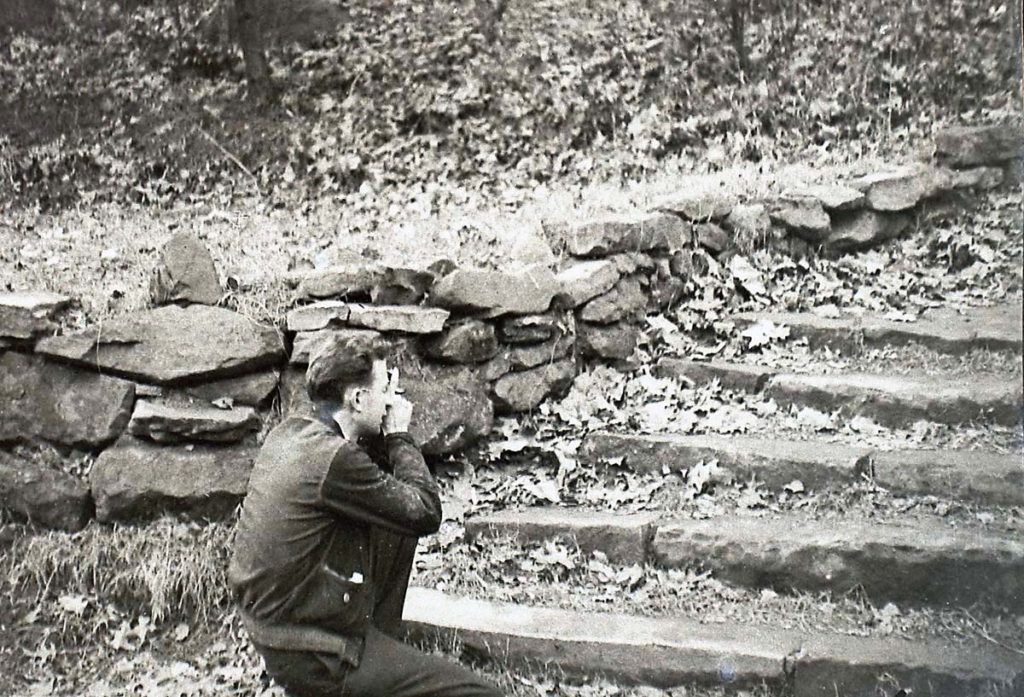 Well-known for his skills and interest in photography, Arthur Dodd also collected photographs taken by others. In addition to his own photographs, he was responsible for movies filmed at Pine Mountain School.  From time to time he roamed the campus taking experimental photographs of buildings, staff, and students and the surrounding environment. The School holds many photographs taken by Dodd. One photograph album, the ARTHUR W. DODD PHOTOGRAPH ALBUM, contains both his images and those taken by other staff at the school.

Because his work was frequently mixed with earlier and later photographs from various photographers, it is sometimes difficult to determine with certainty what is his work and what belongs to others. The high quality of the photograph is one very telling sign of his creative work.  Yet, often the others trained by Dodd emulated his work. These insightful and artistic records of daily school routine, with an emphasis on the Pine Mountain Settlement School activities, campus views, and surroundings, are valuable resources for understanding the culture of the School and the local community during the 1930s and 1940s. 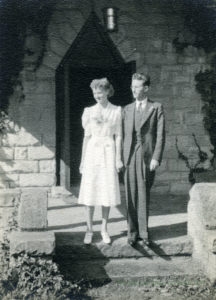 In the late 1930s, Mr. Dodd met Georgia Ayers, a former Pine Mountain School student who had stayed on to work at the settlement. A summer trip to Mexico in 1936, with Fern Hall and their chaperon, Grazia Combs, brought Dodd and Georgia closer together and like many other staff, “Dodd” and Georgia were married in 1940 in the Pine Mountain School’s Chapel. Georgia Ayers Dodd worked as a community worker and housemother at Big Log (1938-1940) and West Wind (1942-1944). Their two daughters, Elizabeth Oaks Dodd and Margaret Cressler Dodd, were born at Pine Mountain.

The Dodd family were at Pine Mountain until 1951, then relocated to Ganado, Arizona. There, Dodd served as Principal of the Ganado Mission School. 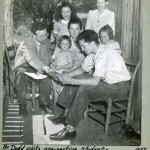 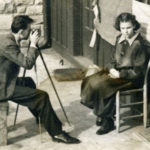 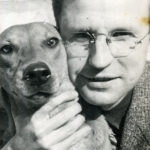 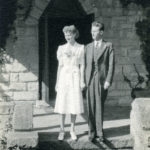 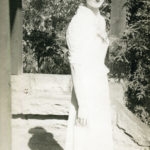 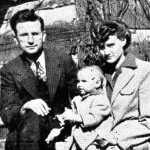 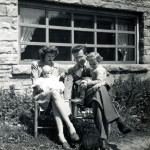 Georgia and Arthur Dodd with children, Margaret and Elizabeth Dodd, in front of Laurel House apartment where they lived. [X_100_workers_2656_mod.jpg] 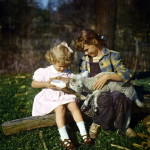 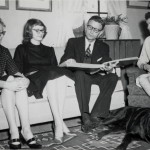 By the time World War II had ended, Dodd was teaching at Evarts (Kentucky) High School and giving private piano lessons. During 1950-1951, he attended Columbia University in New York City, writing in a letter to Burton Rogers, “In public school work I have found that one is greatly handicapped in any contemplated move without a Master’s Degree.” Meanwhile, his wife stayed at Pine Mountain Settlement School with their children and worked as a dietitian.

Dodd earned his master’s degree in 1951 and then briefly rejoined his family at Pine Mountain. Soon after, he and his family left the School for Arizona where Dodd had accepted a position as school principal at Ganado Mission, a Navajo school, located near Gallup, New Mexico. The Mission was owned and operated by the Board of National Missions of the Presbyterian Church. At the Mission, Mrs. Dodd continued her work as a dietitian. The Dodds worked in Ganado from 1951-1973.  While at Ganado, Dodd continued his photography and his work can be found in the notable publication, Arizona Highways, which was well-known for its quality and emphasis on landscape photography.

While at Ganado Mission School, Arthur Dodd explored the surrounding countryside and the Navajo and Zuni tribes in the area. He gained enough confidence from the tribes to allow him to participate in some tribal rituals and events. He describes a Navajo wedding that occurred in April of 1957 in an account found in his papers in the Archives at Pine Mountain Settlement School.

The experience in Ganado also gave Dodd an opportunity to explore the commonalities of the two schools and in his Addenda to School Experiences.

Following retirement from Ganado Mission, Arthur and Georgia returned to the Appalachians, settling near Elizabethton, Tennessee, close to relatives and Dodd’s birthplace. They were also close to Pine Mountain Settlement where both he and Georgia continued their dedication to the School.

DANCING IN THE CABBAGE PATCH: PMSS and  MEXICO