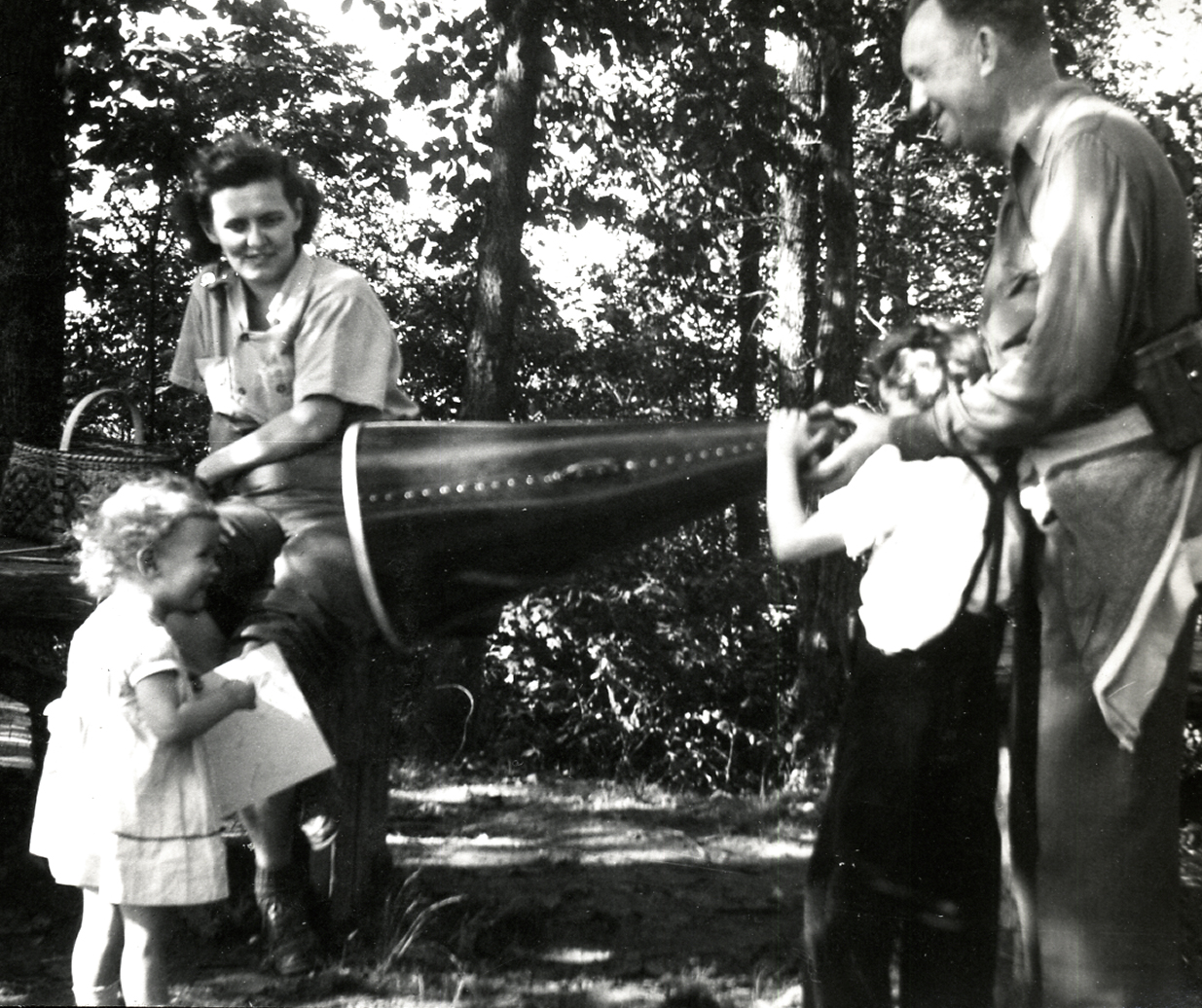 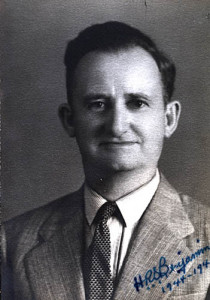 The Board of Trustees of the Pine Mountain Settlement School takes pleasure in announcing the appointment of Mr. H.R.S. Benjamin as director. Mr. Benjamin took over August 1st….

Both Mr. Benjamin and his wife grew up in Nebraska, and are graduates of Grand Island [Nebraska] College and the University of Nebraska respectively. After the First World War, in which Mr. Benjamin served in the Naval Reserve, they went to China, where they worked from 1919 to 1940 under the Foreign Board of the Northern Baptist Convention, building up in Ningpo, East China, educational, religious, social and medical work of an extensive nature. Mr. Benjamin holds an M.A. in Education from the University of Chicago. Since 1940, when a furlough turned perforce into an extended stay in this country, he has been working in a college for [North American] Indians at Bacone, Oklahoma. One son and a son-in-law are in the services, another son is still in college at Berea. …

The Board looks back on the various administrations of Pine Mountain with a renewed appreciation of their distinctive characters. Every director has built something unique into the school, as well as contributing to the steady growth of its early ideals. NO director has ever taken another’s place, but in making a new one for himself has helped make effective his predecessor’s work. The founders, Katherine Pettit and Ethel deLong, laid foundations found daily to be more sound; Glyn Morris‘ keen mind, contagious enthusiasm and tireless and imaginative work over a period of twelve years carried the school to a unique position not only in the Southern Appalachians, but in secondary education everywhere in America. Captain Morris belongs to the mountains, and we look for his return from war service to work there, be it at Pine Mountain or in some other capacity. To William Webb, loaned to us by the Congregational Board for the past two years as interim director, we wish all good fortune as he and his family go out to their new work in British East Africa.

As for the Benjamins: We quote from his first report to the Board: “… they [the boys and girls] are most certainly tying themselves tightly into my heart-strings. I am already asking myself, ‘Can I ever break those strings?’ ”

And from a member of the staff: “We are sure that we have already discovered in them the qualities which make for friendship, and for achievement both material and spiritual.”

Evelyn K. Wells
Secretary of the Board 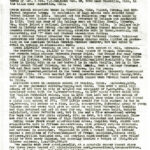 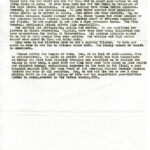 Grade school education taken in Granville, Ohio, Upland, Penna., and different Nebraska towns. On completion of high school work entered Grand Island College in 1910. Dropped out the following year to earn money by teaching a very large country school. Returned to College and graduated in 1915. Took one year of the College work at William Jewell, Liberty, Mo., where joined a national fraternity, Phi Gamma Delta. In College, majored in History and School Administration. College record unmarred by any unusual events, outside of debating, athletic work in track, baseball, and basketball, and “Y” work and Student Association duties.

As a College Junior, attended the Kansas City National Student Volunteer Convention and pledged interest to foreign mission work. Applied on graduation to the American Baptist Foreign Mission Society, but was asked to await an opening in educational work.

Was married September 19, 1917, to Cora Ethel Rohrer of Friend, Nebraska, her parents being pioneer Nebraska farmer folks. Her father for many terms served in the State Legislature. To this union have been born four children. All living. Betty Jane (1919), Bob (1921), Don (1922), Jack (1925). The daughter is living with us as her husband is in South Pacific, Bob is in Divinity School Uni. of Chicago, Don is Naval Lieut., Jack a College Freshman. Bob and Jack have taken their work at Berea, Ky., for years.

In 1917 December, enlisted in the Naval reserve radio. Honorably discharge December 1918. At once secured job as Superintendent of Sioux County, Nebr. school at Harrison. Remained there until August when Foreign Board sent us to China.

1919-1920 spent in Language school at Nanking, China. September 1920, sent to our permanent station, Ningpo, East China. Took over a small high school of 125 boys in city of 400,000 and community of 3,500,000. In 1923 completed union with the N. Presbyterians; in 1933 again formed union with the English Methodist school, thus in 1940 when left had a boys’ school of 857. At same time had completed in girls’ school same union plans and formed a girls’ high school of 375. VERY little credit for this success is due to us, however, but rather to a fine, loyal, cooperative, farseeing group of young Chinese men and women that grew up under us and took University training and then returned and put it over for us. Buildings were built, budgets maintained, minor deficits met, but in the end, a fine educational system for boys and one for girls existed, with no debt, but with excellent Chinese staffs of men and women of high Christian character and leadership.

1925-26, 1932-33, spent on furlo (sic) study Uni. of Chicago, where took MA degree. 1940 returned to States for regular furlo, spent next year and half lecturing. 1948 took further advanced work at Chicago and U. of Nebraska in History and Visual Education and School Finance. Became member of National Educational Society Phi Delta Kappa.

In September 1942, we came to Bacone College on a loan basis. It was hoped that the war would not run for long and we could soon return to our China field of work. We have been here now for two years as Principal of the High School department. We enjoy working with these Indian students. However, it has its limitations. We have hoped against hope conditions would permit us to return to China. That seems now very distant. We, on a recent occasion, talked frankly with Dr. Jesse Wilson and other members of the American Baptist Foreign Mission Society staff of officers regarding our future. We are anxious to get onto a more permanent basis. The Pine Mountain Settlement School offers this possibility.

Our hobbies are photography, stills, and movies. We are confirmed believers in visual education. We, also, have done some stamp collecting and have connections for making it interesting. All outdoor pursuits appeal to us for we have always been very active. Our college and high school summers were spent on farm and dairy work.

Only once in our lifetime have we had a serious illness. We have not spent an hour in bed due to illness since 1928. The family record of health is excellent.

Please pardon the length of this. Too, it is full of self-praise. This is unintentional. We claim no credit for that which has been accomplished beyond the fact that parental training has compelled us to realize the values in hard work, a good wife and fine home care have given us good health and abundant energy, exceptional comrades in the work on the field, a most splendid support from the Home Staff of the American Baptist Foreign Mission Society has made it all possible. Too, to God and His Son we owe a deep abiding faith in the good things of life and the magnificent possibilities hidden in every, created by His Divine wisdom, SOUL. 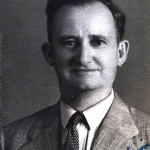 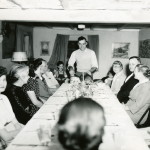 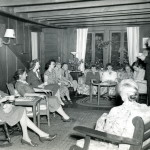 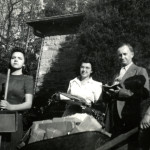 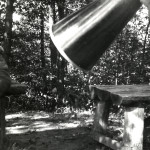 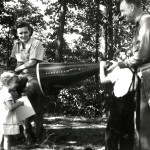 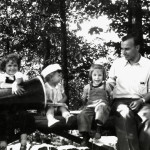