Elizabeth Henderson, M.D., was among a number of intrepid and dedicated doctors who, along with nurses and assistants, served Pine Mountain Settlement School and the surrounding area during the years the School provided medical services.

Dr. Henderson began working in 1945 in the Infirmary, a board-and-batten building on a hill overlooking the School’s campus and now called Hill House. The Infirmary housed a ten-bed hospital and was the center of health care and health education for the School and the outlying area from c. 1918 until 1949, when it was moved to West Wind, a dormitory that was converted to accommodate the William and Sally Creech Memorial Hospital.

Dr. Henderson was the School’s doctor from 1945 to 1950 and again in 1954 and 1957 when she acted as a “summer relief” employee. Accompanying her during the 1945-1950 period was her husband, Ronald Henderson, who taught seventh through ninth grade science at the School. The couple lived in Jubilee Cottage (also known as Doctor’s Cottage) that had been built five years earlier with the School’s Silver Jubilee funds as a residence for doctors.

As it was with all the PMSS medical staff, Dr. Elizabeth Henderson braved primitive conditions, lack of adequate supplies, superstitious or distrustful patients and an assortment of ailments. Lack of transportation and inclement weather when making house calls added to the list of hardships. However, Dr. Henderson and the others met these challenges with courage and commitment.

An article in the 1946 issue of Notes from the Pine Mountain Settlement School describes an improvement in transportation soon after Dr. Henderson arrived. In the spring of that year, a civilian Jeep was purchased, at first to be used in place of a 1929 tractor for the spring planting, ”pulling plow or disc harrow as Mr. [William] Hayes and the boys prepared the fields for summer crops.” Once the Jeep was no longer needed for farm service,

[t]his seemed to be the opportunity to revive the clinics which have been discontinued in recent years for want, among other things, of a vehicle sturdy enough to travel our roads. Since July, Dr. Henderson has held one clinic each week, going on one Tuesday to Pine Mountain’s community center on Line Fork and the next to Napier, about seven miles down Greasy Creek where for the last few miles the road and creek are one. Her slight figure at the wheel of the jeep has become a familiar sight hereabouts. As the only doctor serving an area of 350 square miles she must answer many appeals for help.

Ruth Smith Creech, a PMSS worker in the 1940s and 1950s, remembers Dr. Henderson’s home visits in her Jeep and that she often took one of the staff along for company and to be a witness if needed. In a 2015 interview, Ruth recalled accompanying Dr. Henderson on one of these visits and described Dr. Henderson as a “marvelous person. Patients liked her very much and felt comfortable with her.”

Also in 1946, one of Director H.R.S. Benjamin‘s fundraising letters sent to PMSS supporters tells the story of a life saved by Dr. Henderson and Miss Grace Rood, R.N., by using all the School’s penicillin and blood plasma:

….Along the county road, up over a rough, steep mountain path you come into Gabes Branch. It is off the beaten track. Several families live in this beautiful but isolated valley. Johnny Taylor, while working in the lumber, “got a sprig in his finger.” He neglected it, unaware of the danger. Three days later he stumbled into the house, threw himself on the bed, and in a rough unusual tone said to his mother, “Go away, leave me along, you’re no ‘count no how.”

Answering the call for help two passersby came into the mountain cabin, quickly sized the situation, hurriedly fixed up a small cabin bed, put Johnny “thrashing and a-jerkin'” on it and carried him the eight miles to Pine Mountain’s small hospital.

Dr. Henderson and Miss Rood at once began treatment. From the small stock of penicillin and blood plasma they drew to the final limit. In three days the crisis was passed. A grateful mother said, “He never sassed me in all his life before so I knowed he was out of his head. Thank you all for your doctoring. He would’ve died without you.”

A happy Johnny is doing well. Our hospital won more eternal friends. They will do their little bit to continue it. But we used up our slender stock of penicillin and blood plasma and our 1945-46 budget of $845.00 is already heavily over-drawn.

Another story featuring Dr. Henderson appeared in The Pine Cone of November 1948, written by Bonnie Reynolds, a senior at the School. It was the School’s policy that all boarding school students studied in classrooms in the mornings and work on assigned hands-on projects in the afternoons. Bonnie’s assignment was to act as an assistant to “Dr. Elizabeth.” In her narrative, “A Bit of a Doctor’s Day,” she wrote:

…The people in this area are very fortunate to have a doctor like Doctor Elizabeth …. Every other Tuesday Doctor Elizabeth spends the day at Ceder Chapel. Cedar Chapel was built by Miss Mabel Snyder, a missionary who came here from Ohio and who is interested in the people of the Kentucky mountains. Her home and Cedar Chapel are located just below Big Laurel, about five miles away.

On the appointed Tuesday the people in this community and others near go to Cedar Chapel instead of coming to the school infirmary to see the doctor. Many more patients then can see her than would be able to otherwise. …,

Because last week was my week to work at the infirmary, I was the student asked to go along with Doctor Elizabeth to assist where I could in some of the cases.

We arrived at Cedar Chapel at about ten o’clock to be greeted by fifteen patients or so. Immediately we sat down to work. …. During the day people kept coming in, so I suppose there were at least twenty patients altogether. Finally at about three o’clock we called in the last one.

As we were cleaning up, I noticed that Doctor Elizabeth had made a list of the patients and what had been done for them. She had given tetanus shots to a patient who could easily have had lockjaw without treatment; she had given whooping cough and diphtheria shots to little children who hadn’t had them; she had checked the cast on a broken arm; and had given two penicillin shots. There were four women who had come for prenatal check-ups, and two mothers had brought their babies for examinations.

..I could hardly help realizing…how different this sort of medical treatment was from the old-fashioned kind [that included remedies based on superstition], and how much safer for the lives of the people. The doctor’s life is indeed one of inestimable worth, of which grateful people are ever mindful.

In early September 1949, the School’s hospital was moved to West Wind, the newest and largest of the dormitories that were vacated when the PMSS boarding school came to an end. Dr. Henderson, after four years of service to PMSS, became physician-in-charge, and Miss Grace Rood, R.N., with eleven years’ service became the superintendent. The new two-story hospital had sixteen beds instead of the previous ten and provided more favorable and efficient conditions than were possible in the aging badly crowded Infirmary. According to NOTES of November 1949, “Both, by their unaffected friendliness and willingness to serve have earned the gratitude and affection of people all over the wide area which our hospital serves.” The Creech Memorial Hospital was eventually closed in 1958.

The Hendersons left Pine Mountain Settlement School in May 1950. Dr. Henderson was replaced by Dr. Gordon Brown, who came to PMSS with his wife and their two small daughters. Soon after arrival, Dr. Brown began re-establishing the clinics started by Dr. Henderson. They ran for another ten years before they were shut down in 1960.

Dr. Henderson earned her undergraduate degree from the University of Illinois in Urbana, Illinois, in 1940 and graduated from Medical School in December 1943. Three months before graduation, she married Ronald A. Henderson on March 6, 1943, in Urbana. They had three daughters, Laura, Sarah and Lois, and two sons, Harold and Richard.

Dr. Elizabeth Henderson is described in her obituary as having been a peace activist and states that one of her favorite charities was Koinonia Farm in Americus, Georgia, an organization that seeks to feed the hungry both physically and spiritually. 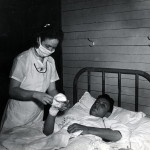 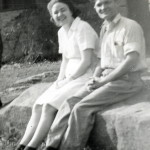 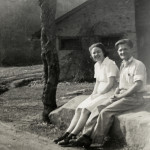 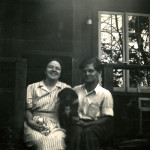 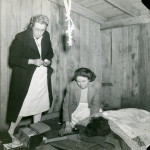 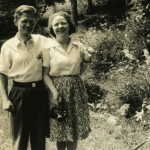 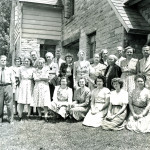 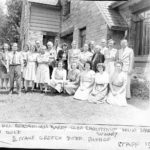 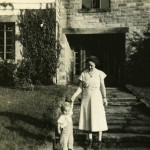 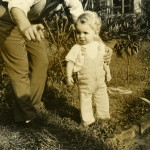