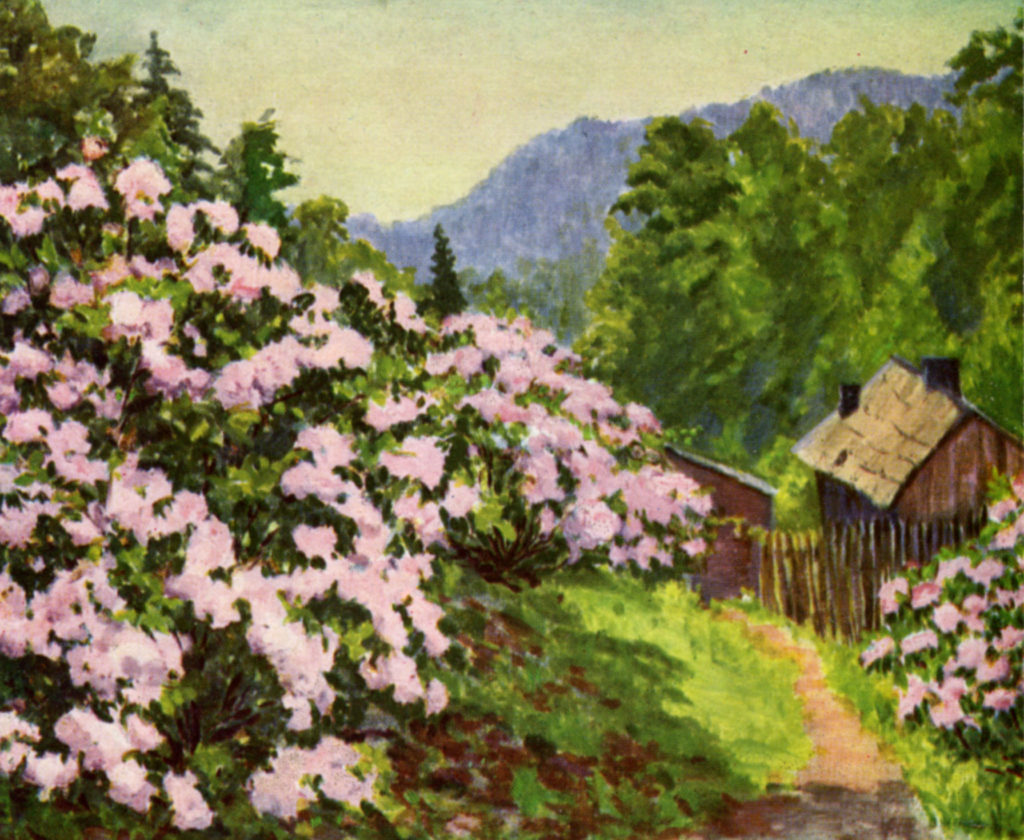 What kind of men are these from the hills
Who are part of the river of men?
We can look into their eyes and go back,
Up the Potomac and Mississippi
The Ohio and Tennessee and Cumberland,
To the heads of the hollows,
To the creeks which  run between boulders
(Quiet in the fall as the leaves that drift
Down the rivers to the seas which circle us all).

. . .  some of the strong were left,
And the weak, as the tide moved on:
Those who found  water and land beside it,
And those who needed the shelter of hills —
Shelter from winds and the wide loneliness of plains.

(We are all as lonely as a mountain hollow.
The sounds that  come to us float  and die
Apart from all other sounds,
Each hollow apart,
And the silence remains for unbroken days,
We listen and follow
An echo of sound that will lead  to the open space
Of another heart.
But the hills are forever closing us round,)

They know the sky
Beyond the hills their frame  of reference
For it has been their peace
As they pushed their wold of the plow
The broken plow and the broken land,
To the edge of the ridge.
And they carry to the sky
Their intimate knowledge of the earth,
Of the dark veins under the soil,
For they have lived in the day after day,
Transmuting the coal to bread.

**************
And yet the way they sing
Is sometimes like the way
Higher on the hill
Spring breaks from day to day
Or light climbs up the gray,
Pointing it with color till
One can with sureness say
The color makes a spring.

The painting by Abbie Winch Christensen was used again in the 1955 PMSS Calendar, but the poem by Ruth E. Campbell was replaced by a familiar mountain song, “The Riddle Song.” 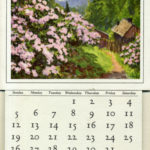 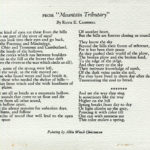 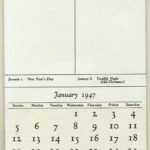 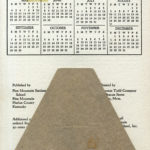