[Note: Letters from PMSS staff in the PMSS Collections are carbon copies, typewritten, unsigned, and meant for the Office files. The original signed copies were sent to the correspondents. The initials at the bottom left of most PMSS letters indicate the writer (along with the initials of the secretary). For example, “GAM” or “GM” refers to Glyn A. Morris, Director. Letters from Ruth Elizabeth Campbell are handwritten unless specified otherwise, and original. The following list of contents is in chronological order and not necessarily in the order of the image numbers.]

[032] June 5, 1931. To “Friends” at PMSS from Miss Jean A. Luke, Assistant to the Superintendent, on letterhead for “The Charity Organization Society of the City of New York” requesting information about Ruth Elizabeth Campbell who has applied for a position; lists the kind of information required.

[033] June 9, 1931. To Miss Luke from [unsigned], Secretary, who sends her a “copy of a letter left in the file by Mr. Hubert Hadley, our former Director. Mr. Hadley left the school about April first, and Miss Campbell left around the middle of May.”

[034] through [034c] September 12, 1931. Four-page letter To Glyn A. Morris, PMSS Director, from Ruth Elizabeth Campbell in Berryville, VA. She mentions she is “back in America” and sends Morris greetings. “You have probably learned that one cannot be long at Pine Mountain without becoming extremely attached to it and extremely alive to its needs and its development in the future. I do most sincerely wish you happiness and difficulties not so insuperable that they rob Pine Mountain of its joys for you. … If ever I can help you please let me know.”

[035] September 17, 1931. To Campbell from GAM (Morris), Director, who thanks her for her letter; encloses a letter to her from Mrs. Adams; hopes Campbell will visit PMSS.

[036], [036a] October 18, 1931. To Morris from Campbell in NYC. “As Miss Conn probably told you, Mrs. Adams (from Highland Park) is an old friend of Pine Mt. who for years contributed to the school, sight unseen, and then in 1928 came down on a vacation with her husband. She was enamoured (sic) of the place and people and has worked assiduously for Pine Mt. since then. I of course met her in 1928 and then again in 1929 when she returned.” She encloses a check and asked about finances: “I have seen them in practically every stage!”

[037] October 22, 1931. To Campbell in NYC from GAM (Morris), Director, thanking her for her check of $5.00. Suggests she visit nearby Union Theological Seminary: “Professor Swift is quite well acquainted with Miss Wells.” About finances, he writes that the School is “keeping at a sort of hand-to-mouth process.”

[038], [038a] December 17, 1931. Two-page letter to Campbell from GM (Morris), Director, who thanks Campbell for her “continued interest in the School” and for her talk for PMSS at the Dwight School. Provides answers to her questions concerning accepting children in mining towns; continued operation of Inter-Mountain (pulling up tracks below Big Laurel); efforts to “raise funds for relief”; some increase in School registration (due to “increased poverty in the mining camps and the general depression.”); improved crops this year; financial situation of Harlan County schools (They are “in the red” and PMSS received no support for Little School from them.); numbers of students enrolled (107 total). No new projects, except in Agriculture; hopes to develop industrial education; arranging courses for students interested in college. Studies should be made of graduates and trends in the surrounding country.

“Financially, we are very poor.” Hopes to see her in New York when he visits the seminary; encloses figures on students’ home conditions.

[039] through [039b] December 31, 1931. Three-page letter to Morris from Campbell, who thanks him for answering her questions and hopes her talk will be helpful. She would like to meet him in NYC and provides contact information; saw Miss Wells recently; invites Mr. and Mrs. Morris to a folk-dancing class.

[041] March 18, 1932. To Campbell from GM (Morris), asking her if he understands the instructions (in a folder for Miss Aims, secretary) correctly concerning how items should be mailed to Montclair, New Canaan, and Plainfield associations.

[044] N.D. Two-page letter to Morris from Campbell, enclosing a $10.00 contribution and hopes “the April Letter helps make up the 38 percent deficit.” Asks about his dancing.

[044a] N.D. A handwritten draft of a letter apparently to Campbell from [unsigned, apparently Morris]. See [045].

[045] May 5, 1932. To Campbell from Morris. [The text in this typewritten letter duplicates the handwritten draft [044a]). Morris thanks Campbell for her $10.00 check and describes his enthusiasm for Country Dancing. “Having Miss [Dorothy] Bolles & Mrs. [John C.] Campbell here is a real pleasure.”

[043] December 7, 1932. To Campbell from Morris, thanking her for her $10.00 gift. “Contributions are dropping off very rapidly so that I am afraid we shall have to make some very drastic changes next year unless we eat up all of our endowment fund.” The Reconstruction Finance Corporation has provided work for a large number of area men; a road over the mountain may be built. 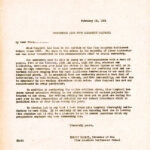 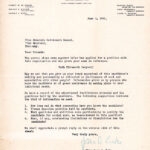 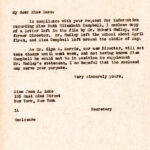 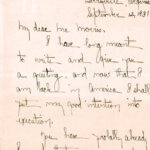 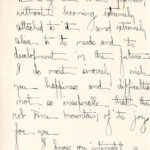 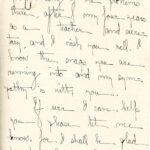 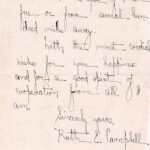 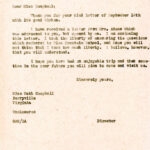 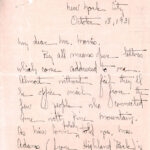 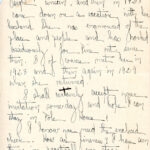 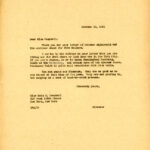 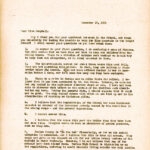 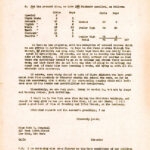 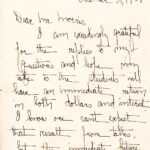 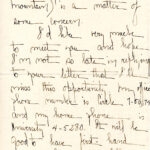 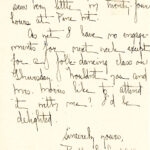 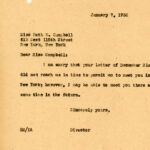 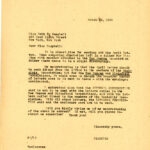 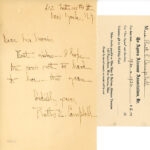 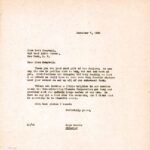 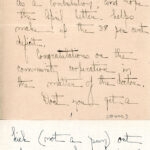 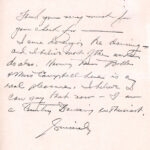 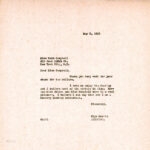