The 1949 PMSS Calendar is the work of Arthur W. Dodd, a staff at Pine Mountain Settlement School. In this calendar, Dodd has, like his earlier calendar photographs, focused on the programs at the School and on the scenery in the area. Like earlier calendars, it is also an outreach tool that is used to inform the public and donors of the work at the institution.

The 1949 Director of Pine Mountain, H.R.S. Benjamin, was struggling to keep the boarding school operating and 1949 would become by year’s end the last year of the boarding institution before the school became a part of Harlan County Schools. For a time PMSS operated a community school, but even that became less viable as transportation improved and children were bused to Green Hill school and high school students were bused over the mountain to other county schools.

The month of August features the photographer, Arthur Dodd, in his other role as Principal of Pine Mountain and counselor at the School visiting a family whose children are seeking admission to Pine Mountain (008). This intensive review process was generally engaged for most of the students entering the School.

The 1949 calendar was created in 1948 and did not anticipate the rapid change in the institution. It introduces Pine Mountain Settlement School in this manner

Pine Mountain is a vocational school for 100 boys and girls of high school age, located at the headwaters of Greasy Creek in Harlan County, an isolated section of the Kentucky Mountains. 140 acres of farm and hillside land, with 22 buildings, a coal mine, sawmill, and reservoir, comprise the property. The school is Christian but nonsectarian and depends for its support upon voluntary gifts and the income from a small endowment fund.

Students pay a small tuition fee and help towards the expenses of room and board by carrying on the daily work, in the kitchen dining room, laundry, dairy, farm, infirmary, and in the carpentry, machine and print shops. They also manage a small cooperative store. The program of ballads, crafts, dances and other traditional forms of art and recreation emphasizes the inherent culture of the mountain people.

Because of its situation, Pine Mountain serves as a community center and students and staff participate in a practical social program for the neighborhood. Two small outposts provide contacts with a wider area, in particular, the district schools. The hospital of twelve beds, with a doctor and two registered nurses, serves a region of 300 square miles.

The calendar also includes a 1949 list of the members of the Board of Trustees of Pine Mountain (000a). 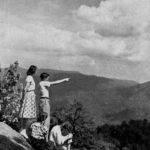 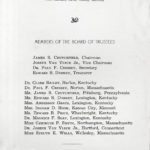 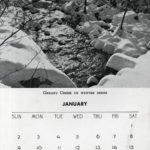 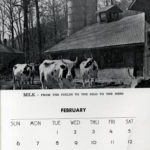 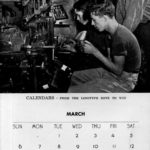 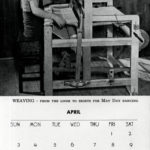 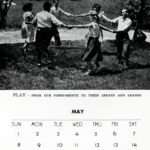 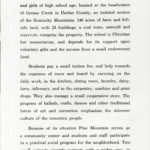 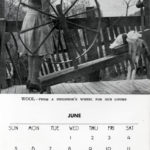 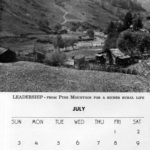 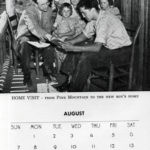 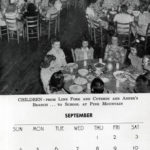 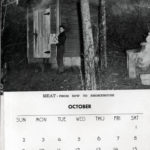 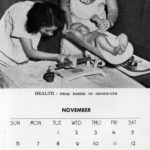 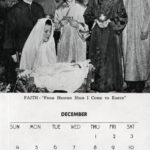 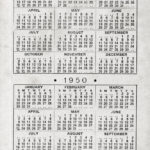