The crisis situations with water, sewage and waste matters were alleviated, in full…

The death of Ellen Hayes in July was a severe loss. Special gratitude was voiced for Paul Hayes, who continued to give maximum attention to Pine Mountain needs during this crisis period.

Alpha Sigma Tau National Foundation presented PMSS with $14,876.05 toward purchase of a new 15 passenger van. The Alumni & Friends Association donated the remainder of the purchase price of $17,893.00.

Library (Boys House) upstairs rooms were fitted with displays of pictures and artifacts of the Pine Mountain valley, PMSS, and Native American heritage.

The Clinic’s Board of Trustees obtained a grant from Fiscal Court to upgrade that building (Hill House.)

A water plant building was constructed near the reservoir to house sand filters, in compliance with State regulations.

A wetlands sewage treatment system, consisting of two units, was constructed to handle the effluent from Laurel House, West Wind and Far House. 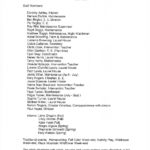 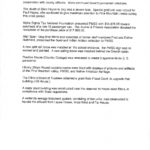