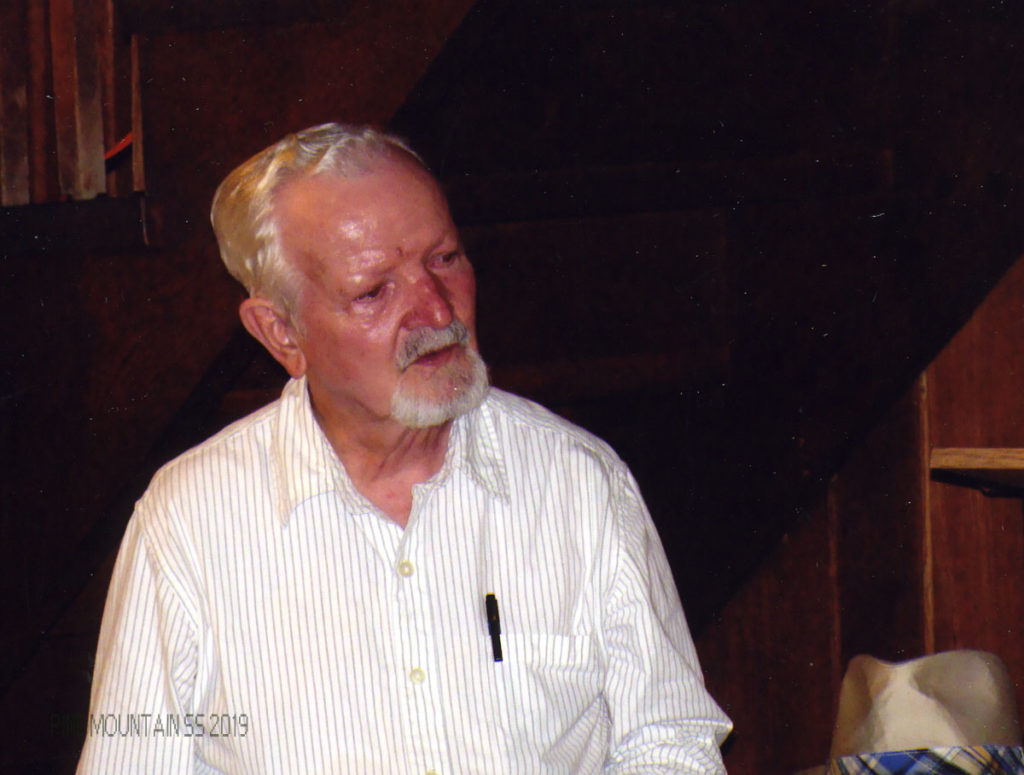 Matt Boggs, former student and one of the longest employees at PMSS, honored at the Centennial. Burkhard Collection – 2013 Centennial celebration. [burkhard_centennial_027.jpg]

Matthew Boggs spent over a half-century at Pine Mountain Settlement School, first as a boarding school student, then as a worker in a variety of positions. During his employment, 1951 to 2014, eleven directors and interim directors came and went and each decade saw new developments at the School. Throughout those years, he befriended many people, from the PMSS staff and students to those in the neighboring community and visitors to the School. He was honored at Pine Mountain’s 2013 Centennial celebration for his many years of service.

Matt began working at the School as a night watchman, and eventually as a farm worker, maintaining gardens that fed the students and staff and created income for the school through the marketing of extra produce. Gardening and working on maintaining the campus grounds were labors he surely loved, as he preferred the outdoors, enjoyed raising crops and working with people, and knew his efforts were contributing to the School’s progress.

Because of his experience and expertise, Matt was called on again in the 1980s to develop a garden at PMSS, not only to provide fresh, healthy food for the School’s staff and visitors but as a demonstration for school students and community who attended the Environmental Education (EE) program. Matt’s involvement in the EE program helped to fill a void in the educational experience of many participants who had few opportunities to learn about the natural world.

Robin Lambert, then PMSS Director, wrote in the Fall 1987 issue of Notes of the Pine Mountain Settlement School:

When I …listen to Asbel Browning and Matthew Boggs, our school gardeners, recall quirks in the summer weather that wreaked havoc on the cantaloupes, I am reminded of what wise people have always known — that the physical world, the land, is a force to be understood and honored.

Along with his main occupations during the 1980s and 90s, Matt served as a PMSS teacher of woodworking, carving, and wood identification. Matt worked with William Hayes, the School’s farm manager, to create an identification board showing samples of wood from various species of trees. The board is displayed in Laurel House II on the east wall of the Dining Room.

In 1986 Pine Mountain Settlement School received a grant from the Kentucky Oral History Commission to collect interviews with staff who were connected to the School throughout its history. Matt was among the interviewees

“whose significant long-term involvement with Pine Mountain has given them unique insight and memory for the School’s history. Copies of the oral histories will be kept on file here at Pine Mountain Settlement School and with the Kentucky Oral History Commission’s collection at the Kentucky Historical Society.” (Notes – 2001 Summer).

In his early years at the School, Matt Boggs, along with his wife, Alice Mae (Huff) Boggs, and their two children, Deborah and Donald, (“Donny”) lived in the Cabin (no longer standing). Later, they relocated to Country Cottage, and when Matt’s wife Mae died of cancer, Matthew moved to Creech Cottage, the former home of Charles and Ruth Smith Creech. Matt and Mae’s son, Donald (“Donny”) Boggs, worked for the School’s maintenance division from c. 1985 to 1986.

Matt continued to live in Creech Cottage until his retirement in 2014. Following his retirement from the School, he then moved to a home not far from the School and within the Community he had served so loyally for so many years. As a neighbor, close by, Matt continued to give time to the School by teaching woodworking to Community members on Thursday evenings and continuing to grow the best garden in the area. His classes were always filled with loyal followers and his gardens always flourished. Many have homes filled with examples of his wood work instruction and many more have been gifted produce from his gardens. In the last years of his life he lived in Lancaster, Kentucky, with his daughter, Deborah.

He married Alice Mae (Huff) Boggs and they had two children, Donald Boggs and Deborah Boggs (King). They eventually had four grandchildren and eight great-grandchildren.

Matt Boggs died on May 8, 2021, and was buried in the Nolan Cemetery adjacent to the School’s property. 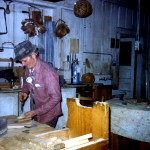 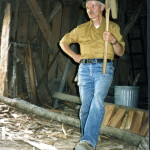 Matt Boggs demonstrating the use of traditional tools for splitting shingles. [X_100_workers_2668_mod.jpg]