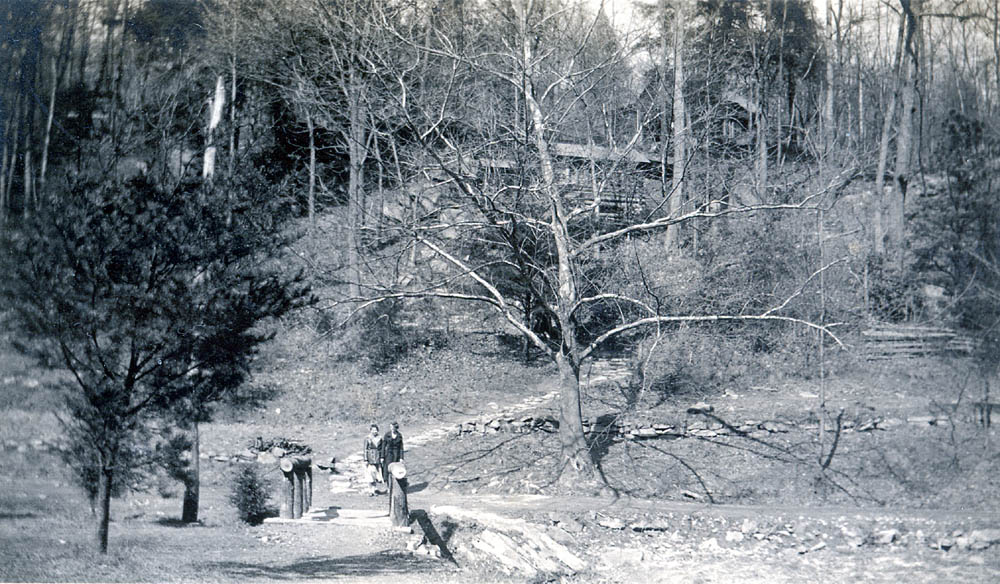 The Doctor’s Cabin (“Little Log”), or simply “The Cabin,” was located on the slope below Farm House. It was a very small and rustic cabin that was constructed on top of large boulders on the hillside just above the swimming pool area. It was originally constructed for Mrs. Martha Burns, the dairy farmer who came to Pine Mountain to supervise the Ayrshire dairy herd.

It served as a residence for a number of staff, including doctors who worked for the School in the Infirmary. Amazingly, it was a popular residence and, before it became uninhabitable, it saw many occupants. The most difficult obstacle for residents was the protection of their personal belongings from the pack-rats, snakes and flying squirrels that frequently would co-habit with them.

Crudely constructed, it eventually deteriorated to the degree that it was removed in the 1980s. All that remains of the structure are some stone foundations and steps mingled with the large boulders that once supported the structure. 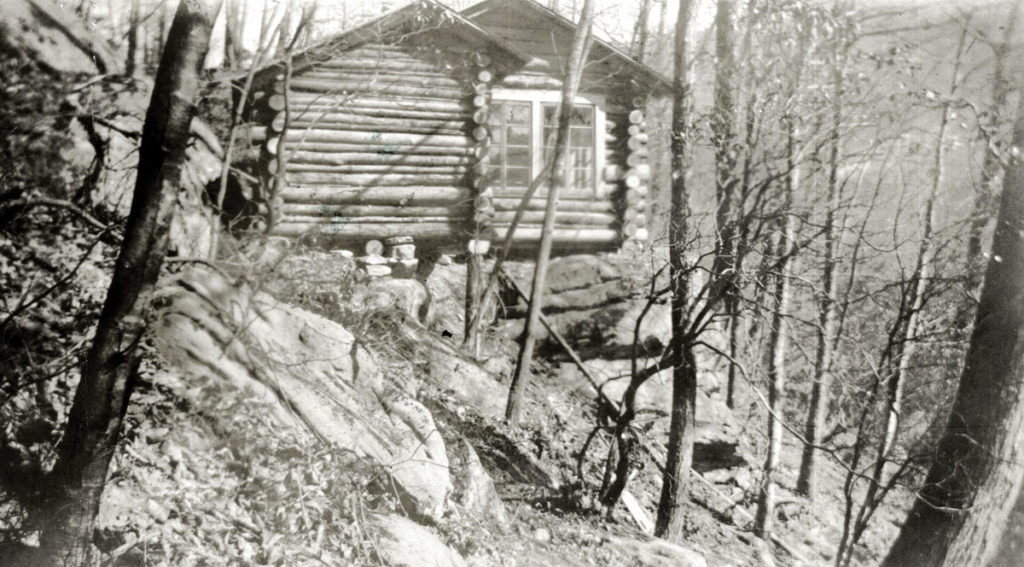