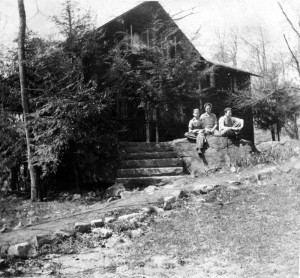 Farm House – Exterior view with 3 students on boulder in front of house; 1940s.

Farm House was constructed in 1916-1917 to serve as the residence of the Settlement School’s farmer and crew. The design was by Mary Rockwell Hook and the site was planned to provide ease of access to the Barn and other farm-related areas on the nearby South-facing hillside.

The structure was enlarged in 1918-1919 and underwent a full remodel in 1941. In a 1941 inventory of the physical facilities at Pine Mountain conducted by director, Glyn Morris, the Farm House and its equipment were valued at $3772.00.

The building is a wooden frame building of one and 1/2 stories. Basically, it is a two-story structure with cross-gabled framing. However, the roof of the façade gable extends into a porch that is recessed but contains a small room above. The siding is a simple dropped horizontal board siding. In 1941 the windows were a mixture of casement windows as well as double-hung sash windows. A separate carport was constructed in the 1950s on the north side of the building opposite the kitchen area. A unique feature of the building is its construction adjacent to a large boulder which serves as a terrace area at the entrance of the building.

The building had no boiler and was heated originally by a coal stove in the living room and kitchen of the house. Today, a heat-pump provides heating for the facility. The facility was also described as “adequate for housekeeping,”in 1941,  referring to the presence of a kitchen. The interior is comprised of seven rooms and a bath. A toilet and sink were added in 2010 (?) to the small entryway just off the kitchen. The height of the upper rooms is limited by the slope of the roof. A dirt-floor basement is located on the south side of the building and is faced with fieldstone.

Residents of the building included various farmers and, during the boarding school years, various teachers and staff, including the LaRue family in the early 1940s. In the late 1940s the Arthur Dodd family lived in the structure.

The Farm House was entered as one of the 25 contributing buildings to the National Register of Historic Places, United States Department of the Interior, National Parks Service, in 1978 (revised 1986) when Pine Mountain became a National Historic Landmark site. 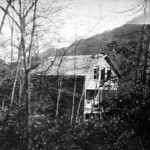 Farm House. Under construction. Distant view of exterior back of building. [II_7_farm_house_300..jpg] 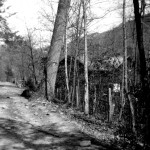 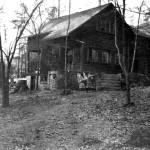 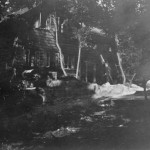 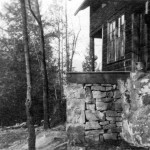 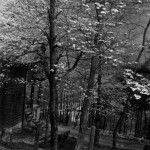 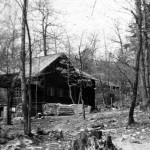 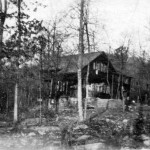 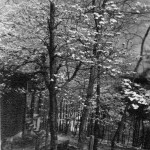 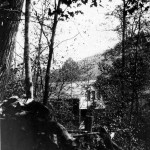 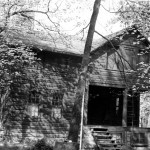 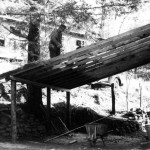 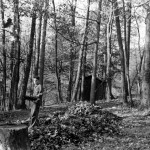 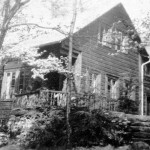 Farm House. Exterior view from below and close. [II_7_farm_house_302b.jpg] 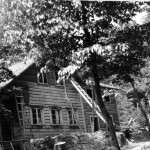 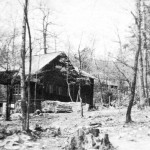 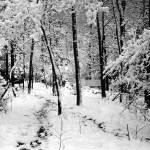 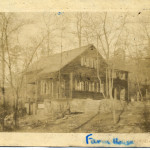 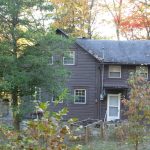 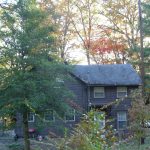 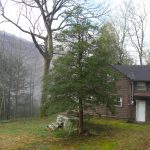