CREECH COTTAGE was built by Charles Creech and Ruth (Smith) Creech on land once owned by John Shell not long after the couple were married. Ruth was a staff worker and teacher at the School and Charles, the grandson of William Creech, Sr.  who gave his land for the School, was an employee of the Rural Electric Administration and worked as a lineman and later as a manager with REA and on the staff at Pine Mountain. Ruth, a graduate of Swarthmore College came to the school in the mid-1940s and was employed by the School as a teacher and an office worker.

Following the marriage of the couple in September 1950, and while they were working at Pine Mountain, they built the small cottage on land adjacent to the School.

The cottage was purchased by Pine Mountain Settlement School in the late 1950s when Ruth and Charles left the School for new employment and finally retirement in Indiana and later in Arizona.

It sits some distance from the main campus along Shell Creek, near the current beaver ponds. Matthew Boggs, farmer and worker at the School, lived in the cottage for many years and on his retirement in 2013, after over a half-century of employment at the School, the cottage passed along to a succession of farmers.

Today the cottage has been significantly upgraded and a new porch, interior work and other repairs have been made on the building. Work on the exterior is continuing. It is currently occupied by the School’s Community Coordinator, Judy Lewis, a long-time employee of the School. Judy provides the careful nurturing of relationships with the surrounding community while enjoying the beautiful location and solitude of this staff house. She grew up in the community and has her roots firmly placed in the Pine Mountain valley. 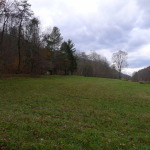 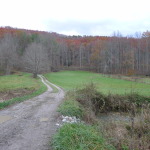 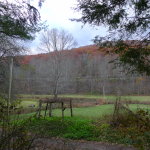 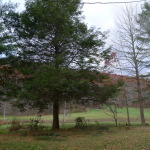 Creech Cottage. Field and large conifer in yard of Cottage. 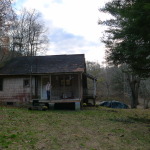 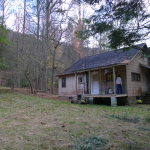 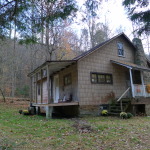 Creech Cottage. View of Cottage from below, north flank. 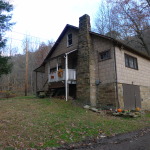 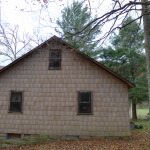 Creech Cottage. View of the back of the two story Cottage.. 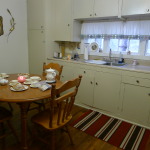 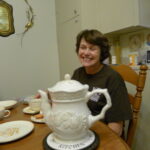 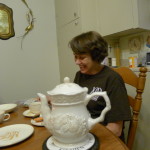 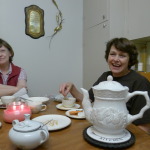 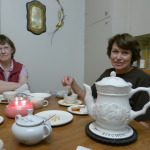 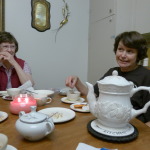 Return to GUIDE TO BUILT ENVIRONMENT