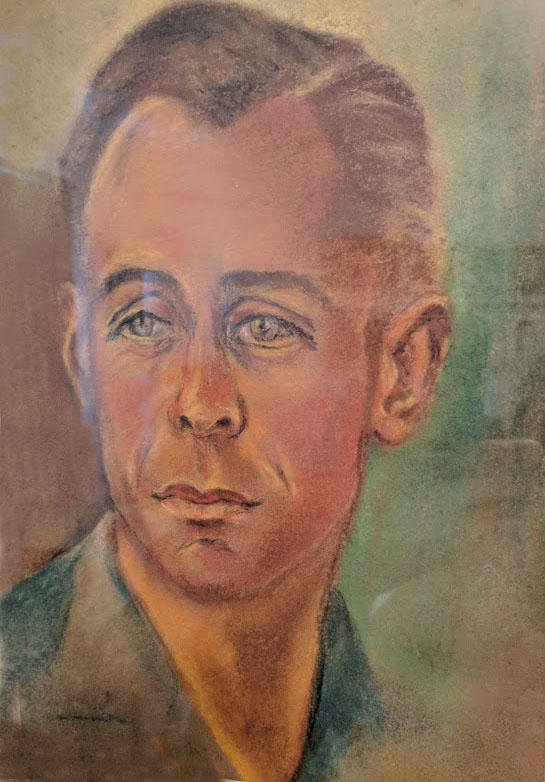 Fred J. Burkhard supervised the student-run print shop and taught printing classes at Pine Mountain Settlement School from September 1937 until June 1940. One of his memorable accomplishments at PMSS was the publication of the first edition of “At Home in the Hills,” a book featuring John A. Spelman‘s linoleum prints.

After Fred graduated with a Bachelor of Arts degree at Berea (Kentucky) College in 1935 and before coming to Pine Mountain, he worked for Henry Vogt Machinery Shop in Louisville and also did surveying.

He took over the operation of the School’s print shop and classes from August Angel, who had accepted a high school teaching position in Dayton, Ohio. 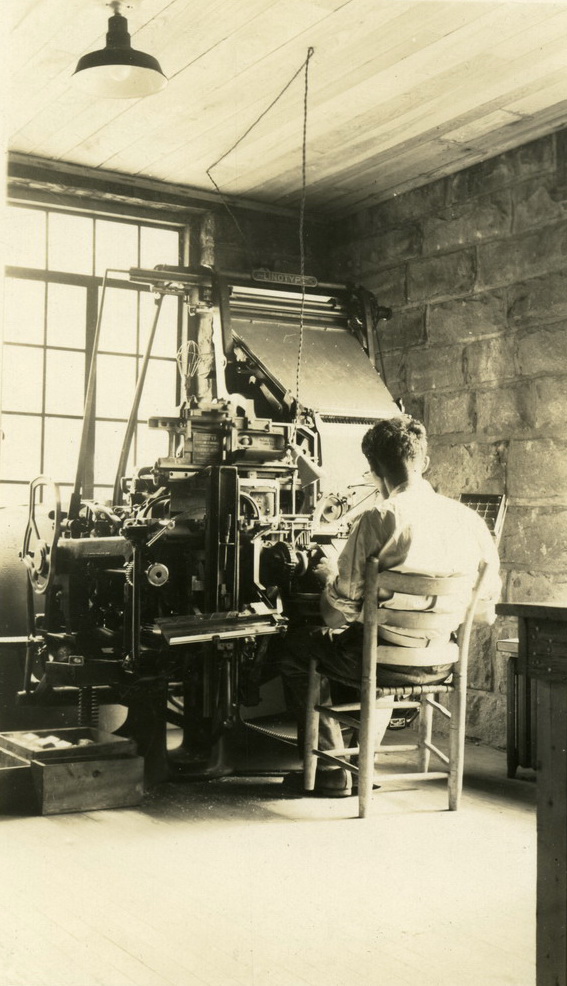 Fred soon met his future wife, Esther Weller, at the School. She had been working as a pre-school teacher in the “Little School” program for a year before Fred arrived. They married and had their first child at Pine Mountain in 1940: Elanor Louise Burkhard (Brawner). Elanor was the first child of the boarding school faculty to be born in the School’s Infirmary. A son, John Philip Burkhard, was born later, when the family moved to North Newton, Kansas.

August Angel, in his autobiography, Trivia & Me: An Octogenarian Mirrors His Twentieth Century, wrote about a sailing adventure in the Gulf of Mexico that he, Fred, and two others from PMSS, Caleb Shera, and Arthur Dodd, embarked on in 1938:

….At the end of my first year [teaching] at Lincoln High School [1938, Dayton, OH], I received a letter from Fred Burkhard, the worker who replaced me at the printing job at Pine Mountain Settlement School. He invited me to join him, Arthur Dodd, and Caleb Shera on a trip to the Cayman Islands south of Cuba. I accepted, … left Susie [Hall Angel] with her family [in Viper, KY] and joined the three at Pine Mountain. Together, we drove in Dodd’s borrowed touring car, the same one driven to Mexico, and headed for Tampa, Florida…

Awaiting us in Tampa Bay was a British two-mast schooner with “Captain John” as skipper. Captain John, then in his 60s, had sea legs all his life, following in the footsteps of his father, the previous skipper of the family-owned schooner. The craft, with a crew of five seamen, sailed the Caribbean Sea, making monthly runs between Tampa and the three Cayman Islands, a British dependency. Its cargo was mainly tires, gasoline, and necessities for the islands.

After all were aboard, the schooner was towed out of Tampa Bay to open Gulf waters and steered south toward the shores of southwest Cuba.

The narrative continues with descriptions of their sailing past Cuba and around the Cayman Islands. It was during the Castro regime and on the Isle of Pines, they were given tours of a prison, a German freighter that was flying a Nazi flag (and taking pre-WWII soundings of the Caribbean waters) and a Cuban naval cutter. They visited the Grand Cayman Islands and caught green turtles off the coast of the Yucatan Peninsula, enjoyed fishing, swimming and beach walks and joined in island meals and festivities. The story ends with a return trip to Tampa, “made in a 48-hour sail because of the Gulf Stream and tailwind.” Following their adventures, the four voyagers drove back to Kentucky. 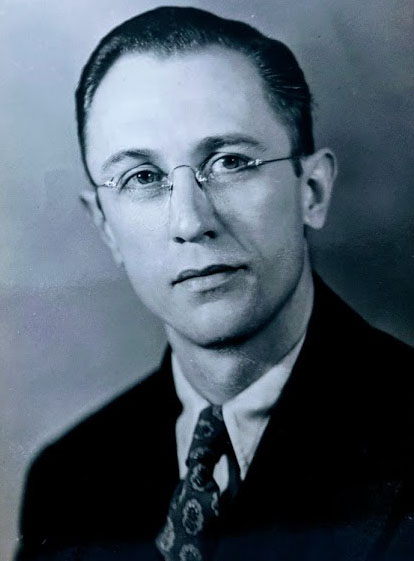 Fred stayed on at Pine Mountain until 1940 when he left to take a position at Bethel College in North Newton, Kansas. He was replaced at PMSS by August Angel, who returned with his family to Pine Mountain and resumed his previous position in the print shop.

Fred worked at Bethel College for two years. There he shared the German language, which he learned at Berea College under Charlie Pauch, with the school’s president and his neighbor, Edmund G. Kaufman who served at Bethel from 1932 to 1952. While at North Newton, Fred and Esther’s son, John Philip Burkhard, was born.

Fred and his family relocated again in 1942 to Chanute, Kansas, where Fred taught printing at Junior College for several years.

In January 1947, the family returned to Fred’s birthplace in Liberty, Kentucky. There he purchased The Casey County News, a local newspaper, from Otis. C. Thomas, whose father was the original owner. Burkhard’s daughter, Elanor Burkhard Brawner, stated in a November 2018 email:

Dad always wanted to write. He got his dream job as owner, editor, publisher of The Casey County News and wrote an editorial weekly, even after retirement.

Fred owned, operated and published The Casey County News until 1976 and the newspaper is still in operation today. Esther worked alongside Fred as business manager in their newspaper’s office. He also farmed his large acreage near Liberty and specialized in fruit trees, particularly apples. 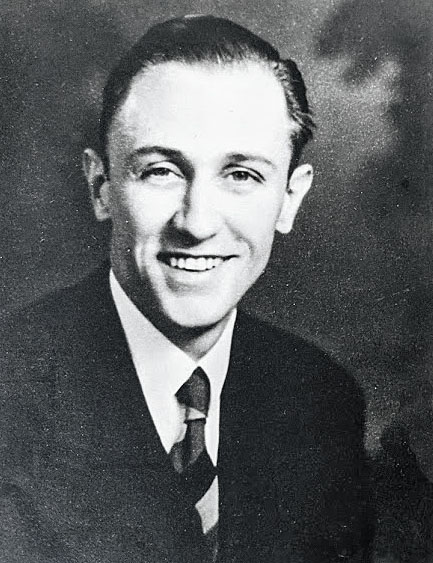 Frederick Julius Burkhard was born on February 26, 1910, in South Liberty (Casey County), Kentucky. His father, Julius Burkhard (c. 1872-1956), was Swiss and had immigrated to the United States from Switzerland in 1887.

Julius worked as a farmer and his wife, Elise (“Lizzie”) (Frey) Burkhard (born 1877), also Swiss, was at his side. Elanor Brawner wrote that “they spoke Schwitzer Deutsch (Swiss-German), which is more German than the French or Romansh, also spoken in Switzerland. [My father] never spoke English until first grade.”

Julius and Elise had three children. Fred was the oldest and was followed by Marguerite E. Burkhard and John V. Burkhard.

Fred J. Burkhard died in March 1990 in Casey County at age 80. He was buried at Mt. Pleasant Cemetery in Creston, Casey County.