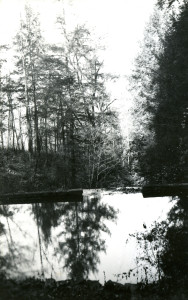 The Reservoir was begun in 1916 and work continued until its final completion in 1918. In 1931 the structure was reworked to remedy problems with seepage and structural cracks. It has performed its duties now for over 100 years. The reservoir, one of the most important structures at the School, serves as the main water supply and has been consistent in its supply of some of the best limestone spring water in the area.

The issue of water was obviously at the top of the founder’s list of “to-dos”. By May of 1913, Miss Ethel de Long, the School’s co-founder, wrote to the Advisory Board and reported on a number of consultancies, of which one concerned the construction of a reservoir. Mr. Philip Norcross, an engineer from Atlanta, was located and he agreed to provide pro bono advice and details on building a reservoir and septic tanks for the new school. 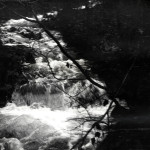 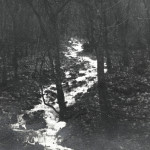 Return To: GUIDE TO BUILT ENVIRONMENT