Members of the Combs Family lived in the community of Pine Mountain since very early years. As stated on the page for KATHERINE PETTIT – WEAVING…,

When Pettit arrived in the valley she met families with names like Creech, Boggs, Turner, Couch, Combs, Coots, Day, Hall, and more, suggesting that the population was heavily indebted to England, Ireland and France in its origins.

Several Combs individuals were among the student body and workers at Pine Mountain Settlement School.

Chester Combs and his father were two of the community members that Alice Cobb and a co-worker met while on a 20-mile hike to Napier and Gabes Branch Falls. ALICE COBB STORIES Hike to Napier….

Elijah Combs, Captain Hanan Fields Combs and Monroe Combs are among the names in Samuel Morse Chenault’s 1919 article in The Lexington Herald. See image of clipping and transcription at LOCAL HISTORY SCRAPBOOK Hazard, Heart of the Coal Fields 1919.

Enoch Combs and his wife Mary “were a childless couple living in Sassafras, near Hindman (Knott County), Kentucky, Pettit’s first school (Hindman Settlement School) location. (In 1901) the Combs were the hosts for a group of young women who came to the third and final summer camp in Southeast Kentucky, which was held at Sassafras in Knott County….the last of a series of summer camps established to serve the literacy-poor hollows in Knott County.” See KATHERINE PETTIT Social Settlement in Kentucky Mountains Sassafras Album 1901 for photographs of members of the Combs family, and a young lady who was living with them, engaged in the complex tasks associated with the manufacture of textiles in the Southern Appalachians.

Among Katherine Pettit’s collection of coverlets and textile fragments was a very worn and modified blanket/shawl and a badly damaged note that reads:

This shawl was willed to … Uncle Enoch Combs, when he was a young man, not quite 20. [When he was] starting [for war] his sweetheart Nancy St … him and gave him this shawl [to ….] him. She told him to f… [when the] war was over. This he [did ?] … Uncle Enoch wore the shawl [until he was] an old man with long white [hair]. KATHERINE PETTIT – WEAVING AT PMSS – BEGINNINGS.

Homer Combs was cast as “Bo,” a hobo “in an act of funnybone ticklers” in the 1935 TOMFOOLERY play.

Uncle Ira Combs is named as one of the many “home-grown” itinerant preachers in the Baptist tradition in the biography for Rev. LEWIS LYTTLE. See VI 35 FRIENDS & NEIGHBORS Old Timers, Family Groups Gallery [VI_35_1138 and 1139]. 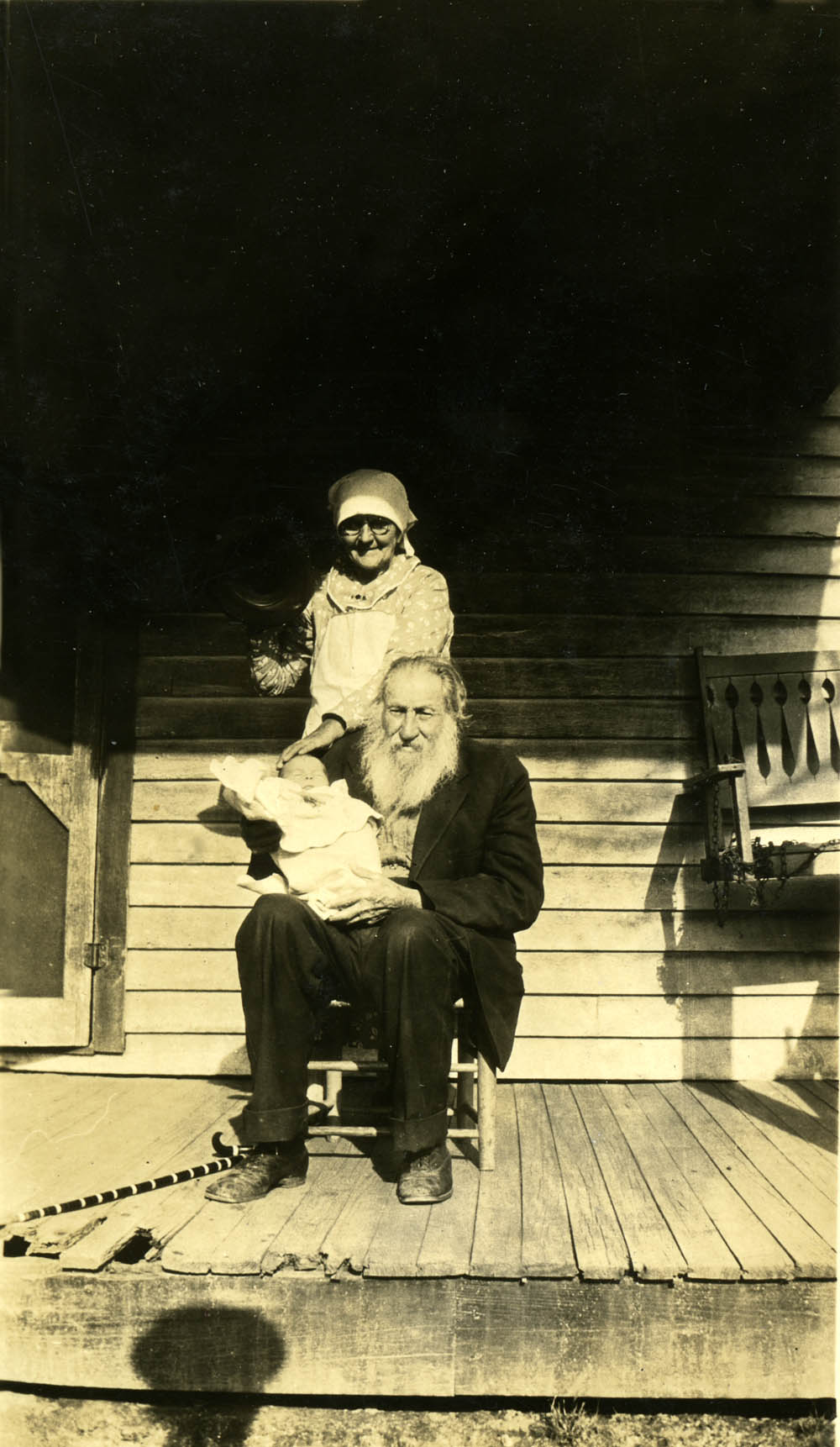 Irene Combs was among the seniors graduating in May 1935. 1935 GRADUATING CLASS. See gallery, photo #2447 – Seniors 1935) When sent a questionnaire after graduation, she responded with a lengthy narrative on her PMSS education. See images here: BOARDING SCHOOL Alumni Reflections on Their Education 1936.

In 1920, Katherine Pettit sent a letter to Josiah H. Combs, Prague, Czechoslovakia, inviting him back to PMSS. KATHERINE PETTIT CORRESPONDENCE 1920.

Rufus Combs served in the U.S. Navy, according to a list compiled by a 1947 issue of The Pine Cone. WWII MILITARY SERVICE (draft)

An article about Chris Anderson in NOTES 1940 (page 2) includes Anderson’s story about Sary Combs, a man who “died one evening and came back to life the next morning.”

Newspaper clippings (dated March 24, 1912), included in the PMSS SCRAPBOOK BEFORE 1929, show two letters to the editor from Manon Cornett in which he questions vigilante actions used to quell mob violence by officials of Woodford County, KY. His biography states that “Manon Cornett was married to Clara Belle ‘Pet’ Eversole, a daughter of Joseph Castle Eversole and Susan Combs Eversole. Her father, a prominent attorney, was one of the victims of the infamous French-Eversole Feuds in Hazard in 1909.”

Dorothy H. Stiles, an employee at Hindman (KY) Settlement School, wrote in her “Kentucky 1915” journal about a horseback ride to Pine Mountain. During the trip, they stayed overnight with the Spencer Combs’ family. The narrative describes their home and hospitality and mentions Spencer Combs’ son as a “tooth dentist.” DOROTHY H. STILES – “KENTUCKY 1915.”

“Most everyone in the Viper (KY) community was either related or could trace to some common pioneer history in the region. Common names in the area are Combs, Brashear, Whitaker, Woods, and more. Most families in the area were either subsistence farmers or worked at logging or mining or had small mercantile stores.” FERN HALL HAYES Biography.

The Combs family from Knott County was cited as one of two “great ballad-singing families” of Kentucky among folk song scholars. (The other family was the Ritchies.) Their repertoire was documented by Hindman Settlement School‘s first graduate, Dr. Josiah Combs. (Wikipedia.org.) MAY RITCHIE Biography.

Return to: GUIDE TO FAMILIES IN THE PINE MOUNTAIN VALLEY COMMUNITY 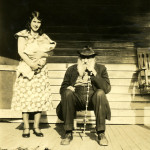 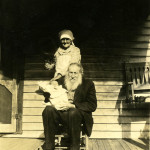 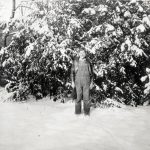 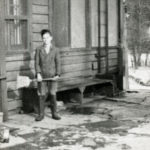 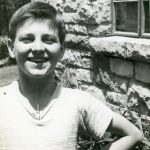 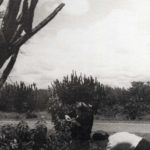 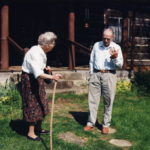 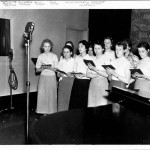 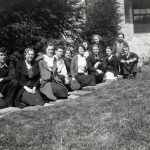 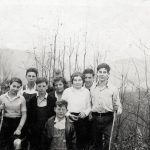 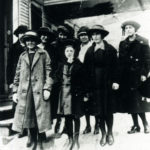 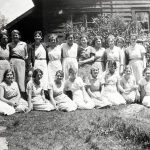