The Tomfoolery plays were annual events for the boarding school students beginning in 1934. It was a nonsensical series of vignettes that reflected on the absurdities of life, love, work, state of the world, and any other topics that might be of current interest. It was unique in that it was a creation of the men at the School. The actors were composed of both students and staff workers. It was one of the richest community-building exercises during the boarding school years and was looked forward to by all. 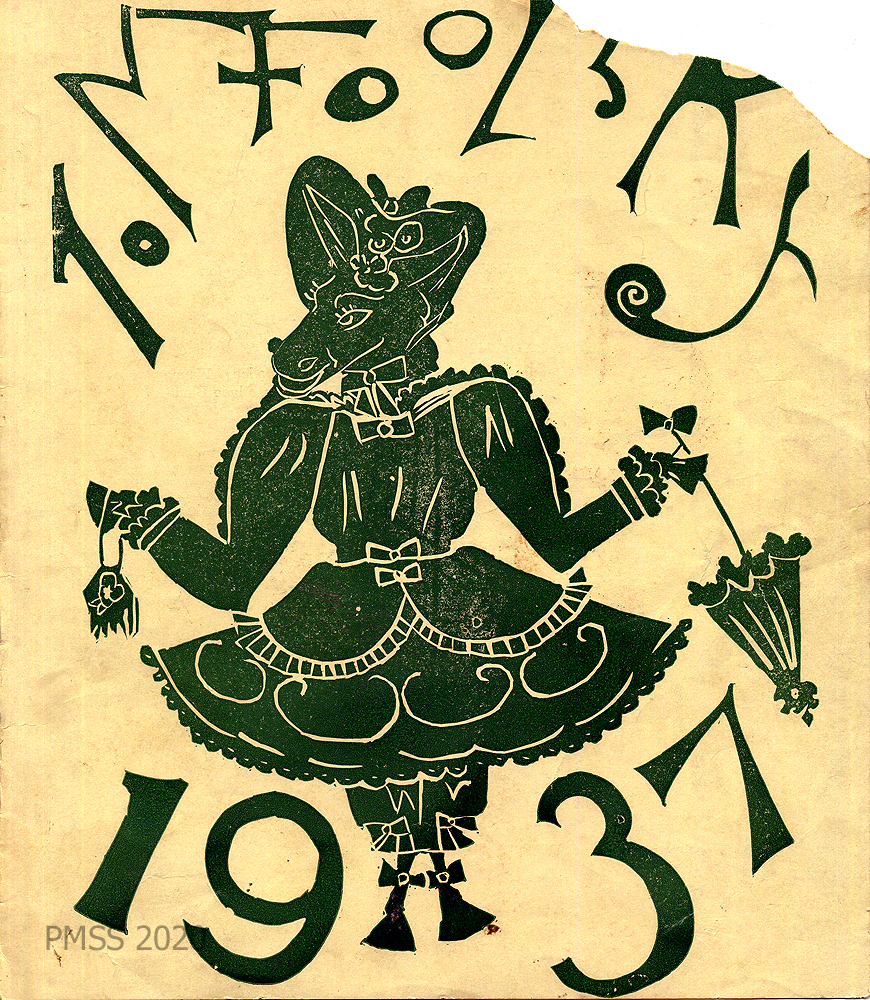 The second Tomfoolery play was presented in October 1935. A front-page article in an issue of The Pine Cone of the same date describes the vignettes and actors and indicates the typically whimsical and quasi-silly nature of the event. The following is a transcription of that article:

Students Give Second Version of Tomfoolery

The evening of October 26, was devoted to the second edition of Tomfoolery with a chorus of twenty-five boys and several special acts ranging from a cabinet meeting to a scene at the Dairy. When the curtain was drawn a double line of boys dressed in white pants, white shirts, white collars, blue ties and black coats, with the usual illuminating makeup, were revealed singing the opening chorus: “Alexanders Ragtime Band,” from which they went into, “I Want a Girl Just Like the Girl That Married Dear Old Dad.”

Back on the seats in a V formation with a background of three different shades of blue the boys sang through the course of the evening, old-time hits from: “Dear Old Girl” to “Alice Blue Gown”, and ended with, “Easter Parade.”

Soloists for the regular numbers were; Wilbur Wilder in “Daisy Bell,” Arnie Hall in “Mobile Bay,” Mr. Wilson, Master of Ceremonies, in “Easter Parade.” Specials were James Morrissey, crooning the strains of “Please Don’t Call Me Honey,” and Mr. Wilson in “Country Boy.”

Homer Combs took the part of “Bo”, a hobo with a long nose, in an act of funnybone ticklers and George Brock the part of “Snowflake” a comical motorist with plenty of wise cracks handy.

Mr. Angel in the role of a College Professor, presented a high-powered lecture on snoring with general reference to simple throatal, complex-compound nasal and so forth.

Next on the program was a Cabinet meeting featuring Luther Burkhart, as the President, Spranklin D. Bucklebelt in session with his cabinet.

Tom Madon as Mr. Madon and Bill Hayes as Sam Winfrey, treated a cow for “Nozzelitis.”

The following playbill lists the songs, plays, and actors in the 1940 Tomfoolery, the sixth year of the satirical comedy. 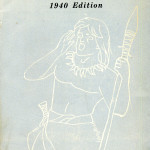 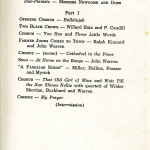 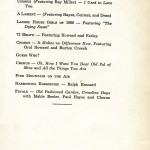 (cover) Tomfoolery
1940 Edition
“Bigger and Better Than Ever”

CHORUS (Featuring Ray Miller) — I Used to Love You
A LAMENT — (Featuring Hayes, Centers, and Dean)
LAUREL HOUSE GIRLS OF 1898 — Featuring “The Dying Swan”
72 BELOW — Featuring Howard and Farley
CHORUS — It Makes no Difference Now, Featuring Oral Howard and Burton Creech
GUESS WHO?
CHORUS — Oh, How I Want You Dear Old Pal of Mine and All the Things You Are
PINE MOUNTAIN ON THE AIR
HARMONICA HARMONIES — Ralph Kinnard
FINALE — Old Fashioned Garden, Crinoline Days with Mable Beeler, Paul Hayes and Chorus