Before Katherine Pettit came to Pine Mountain Settlement School she was involved in the establishment of Hindman Settlement School at Hindman, Kentucky, in Knott County. Her work at Hindman began just after the turn of the century and involved summer work with literacy camps and temporary shelters for the workers. The first of these temporary summer shelters, established in the summer of 1901 at Sassafras, was located approximately ten miles south-southwest of Hindman, a larger town also in Knott County. Scenes from this earliest Sassafras camp may be seen in photographs 002 and 003 in the following album.

The so-called “Sassafras Album” is one of two albums that detail the early efforts to bring literacy camps to the remote regions of southeastern Kentucky. The Sassafras camp experience photographer is not known but the annotation of the photographs in the Album appears to be in Katherine Pettit’s hand. A second “Sassafras” album is held by the University of North Carolina at Chapel Hill and duplicates in part the holding at Pine Mountain Settlement School. 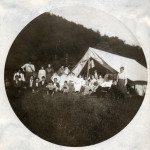 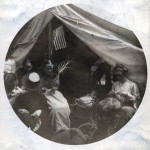 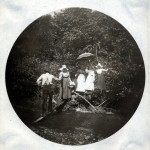 The early work in the very rugged hills near Hindman brought Pettit into contact with many of the mountain families in Knott, Perry, and eventually, Harlan counties. Pettit became fascinated with the “kivers” or coverlets that many of the women in the region wove and treasured. The patterns are some of the oldest known pioneer patterns passed along through weaving families who settled in the Southern Appalachians.

THE SASSAFRAS ALBUM – “The Social Settlement in the Ky Mountains 1901. Sassafras. Knott Co.”

The Pettit “Sassafras” Album, donated to Pine Mountain by Katherine Pettit, is a rare glimpse into the distant past of the craft of weaving. The small album captures the unique processes used by Appalachian mountain families who sheared their sheep, washed and carded their wool, spun the wool and then wove it into complex patterns. These were processes that were often passed along through their families for generations and may often be traced to European origins.

The Album is focused on the family of Enoch Combs and his wife Mary, who were a childless couple living in Sassafras, near Hindman (Knott County), Kentucky, Pettit’s first school location. The Combs were the hosts for a group of young women who came to the third and final summer camp in Southeast Kentucky, which was held at Sassafras in Knott County prior to the establishment of Hindman Settlement by Katherine Pettit and May Stone.

Katherine Pettit came from the Bluegrass of Lexington, Kentucky; May Stone, Mary E. McCartney and Rae M. McNab, came from Louisville. They all traveled into what had become somewhat familiar territory to some in the group but still carried great adventure for most in the very rugged mountains of eastern Kentucky. Their summer school at Sassafras in 1901 was not the first of the summer camps the women had participated in but was the last before the move to the site at Hindman where a permanent settlement was established.

The series of summer camps established to serve the literacy-poor hollows in Knott County and the success of these summer camps had proven that the need was great for continuing educational programming in the area. The enthusiasm of Pettit and Stone and their rich and numerous contacts led to their founding of a permanent school at Hindman in 1902 the following year.

The life of the Combs family and their skills at weaving are captured in this small album of photographs belonging to Katherine Pettit which she titled “The Social Settlement in the Ky [Kentucky] Mountains 1901. Sassafras, Knott Co[unty]. ” The small and fragile album of 27 pages, held in the Pine Mountain archive, shows members of the Combs family and a young lady who was living with the Combs, shearing their sheep, washing the wool, drying the wool, picking and carding, dying the “hanks,” and finally spinning the wool to be placed on spindles. The images freeze this valuable pioneer processes in time and allow the viewer to understand the many complex tasks associated with the manufacture of textiles in the Southern Appalachians. 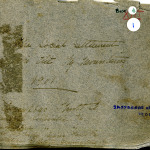 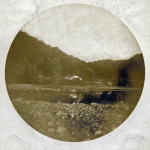 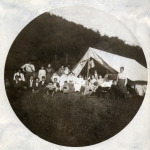 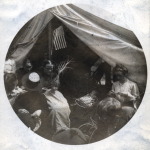 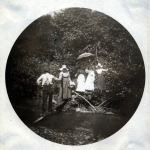 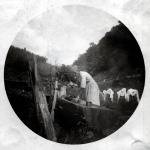 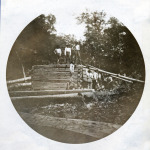 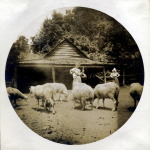 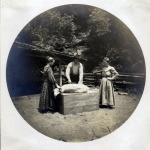 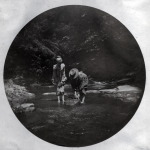 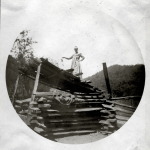 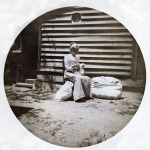 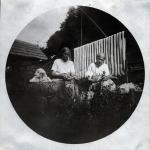 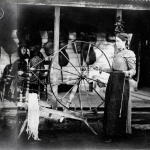 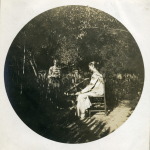 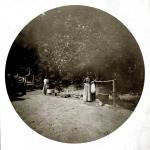 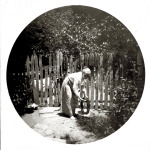 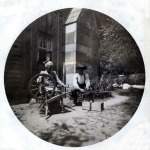 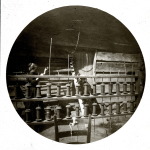 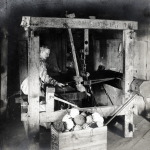 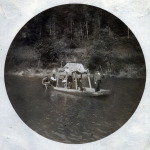 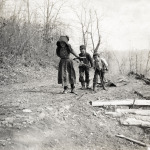 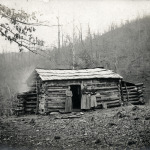 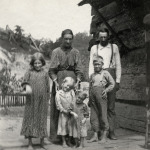 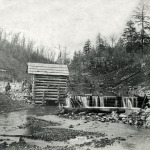 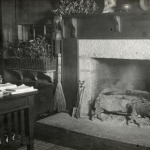 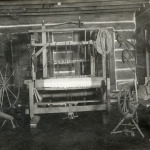