Chris Anderson remembers dying and coming back to life again: 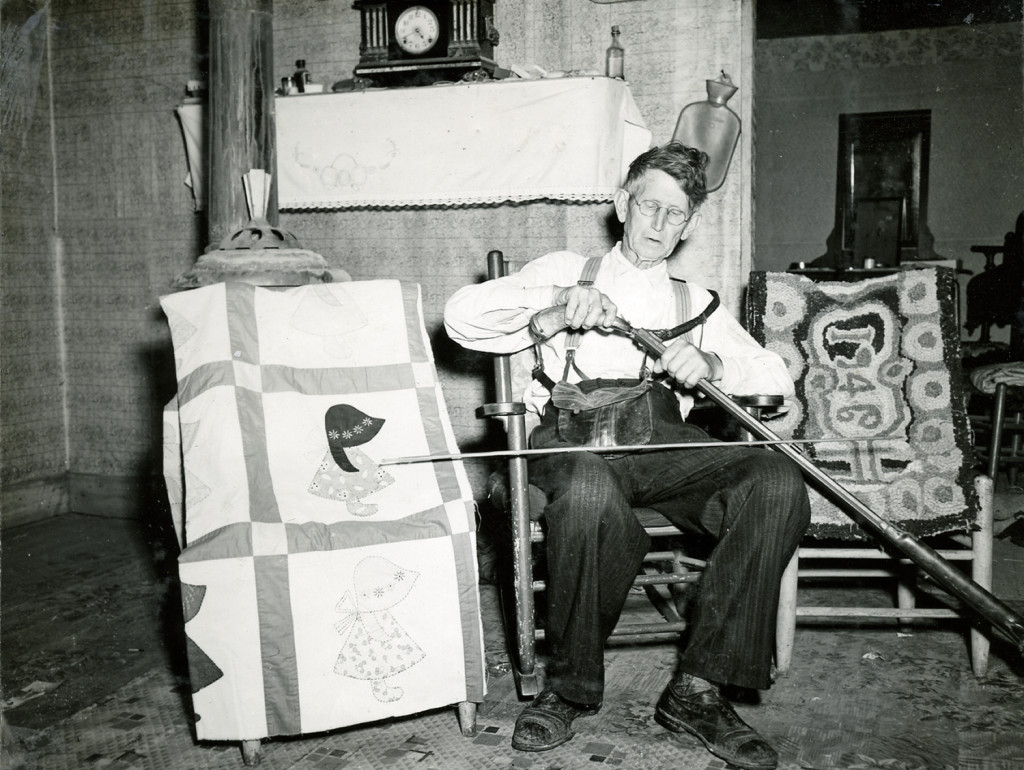 Heaven was a fine place. I seen Ed Callahan but not in Heaven. He was in a place between. Had a lot against him but he got forgive for everything he done except for one thing.

He was a great singer — when he got up close he led out in a song.

I died and went to heaven. I knowed the keeper looked like a natural man They wasn’t no gate, but a door like in the courthouse. I just looked in there. The court up there was where God was. God and the Elders — four and twenty —. God looked like a fine looking man.

Asked the keeper where my place was. He told me how long I would stay there. Probably two weeks and maybe longer.

I was alive seven or eight hours. Killed a chicken and eat a little.

Josiah Combs was raised in Breathitt County, married and died in Breathitt. He was sick for a long time and the doctor didn’t allow him to talk none. He died one evening and was dead until the next morning. Sometime along in the day he come to. He told them he’d been dead and been to heaven and then to hell and then went to a place in between. The keeper took him to the door (a gate keeper is a man that keeps the gate.) He said angels had wings and can fly. But he didn’t go in just then. They told him at heaven that the reason he couldn’t stay there was he couldn’t get forgiven for telling lies. He was a terrible liar. But if he’d take it on himself to come back (to earth) and try again, he could do that. He told them he cried all day and was going to live for the Lord.

Heaven was a place like a big field, fenced up — no horses. It was a place on the right hand of God. God was a fine looking man. I saw one side of his face. The elders was around the altar, and all lighted with the light of God’s face.

They told me if I’d be good and hold out faithful I’d get to come back sometime.

The fiddle took three spells of playing. It was hanging up high. My wife was in bed and the fiddle took a spell and started playing and the music went down to the floor. Then it commenced again and the cow outside started to rattlin’ her bell.

It took three spells. I decided it’d scare my wife to death but it didn’t scare her a bit. After three hours she commenced a gettin’ better.

The organ played one time. It took two spells of playing.

Old house. Side room behind upper room. We went in to eat supper, me and the old woman. Organ started to playin’. Jumped up and run in. Time we got to the middle of the floor it hushed. Fastened up the doors. Went back and sat down. It let out again. Went in the room. Wasn’t a thing in the world in there.

Son was expected. They thought it was him. He didn’t come and never did come. He died.

Seen the Germans — big people and little people all in different places.

Passed like in an airplane — Went on. Seen the Japs.