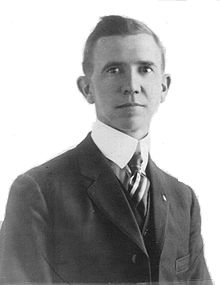 In a letter to the editor, Manon Cornett (1882-1956) questions the handling of mob violence by the officials of Woodford County and compares the vigilante actions in Woodford County, KY to those surrounding the Lura Parson’s murder trial in Harlan County, KY.  Lura Parsons was a Pine Mountain employee who was raped and murdered on the Laden Trail as she walked from Dillon Station to the Settlement School in 1921. Her assailant was wrongly identified as a negro who was working on a nearby logging operation and who was brought to trial for the murder. Many viewed his arrest and conviction through their racist lens and Katherine Pettit and many of the Pine Mountain staff saw his trial as unjustly managed and worked to clear his name and to identify a local veterinarian as the perpetrator of the crime.

The clipping was collected by Pine Mountain as it relates to a local event in the history of the School.

Manon Cornett was born in Hazard, Perry County, Kentucky on September 9, 1892. His father was Eli Cornett, elected Deputy Sheriff and then Sheriff of the county. Manon, after attending the University of Kentucky for one year. returned home to work as the appointed Deputy County Clerk and later as Deputy County Sheriff under his father’s watchful eye until 1912.  He then was appointed as the private secretary to Congressman J.W. Langley, a fellow Republican and moved his family to Washington, D.C.. In1915 Cornett returned home to Hazard where he engaged in several businesses including real estate and coal interests. In 1920 he was appointed Deputy Insurance Commissioner of the Commonwealth by John Craig and removed his family to Frankfort. He was in Frankfort in 1921 when he wrote the two letters to the editor, above.

Manon Cornett was married to Clara Belle ‘Pet’ Eversole, a daughter of Joseph Castle Eversole and Susan Combs Eversole. Her father, a prominent attorney, was one of the victims of the infamous French-Eversole Feuds in Hazard in 1909. Manon retired in Florida and was assaulted by a mobster wielding a baseball bat that left Manon incapacitated for the remainder of his life.  He was returned to Kentucky where he died on May 3, 1956.

In a brief biography by Bill James for “Find a Grave,”   he is recorded as “… a member of the Methodist Episcopal Church, A 3rd degree Mason, belonging to Hazard Lodge No. 676, A. F. & A. M.’ and a member of Hazard Lodge No. 145, I. O. O. F. (Odd Fellows), which he served as noble grand for four years; and also was a member of the Willard Lodge, K, of P., of Yerkes, Ky.; Hazard Tribe, I. O. R. M.; & Elizabeth Chapter, O. E. S., of Hazard.” He was a major stockholder in the Blue Grass Coal Corporation and a major contributor and solicitor of funds to support the WWI war effort. He was also a stockholder in the Blue Grass Coal Corporation. During World War I he took a very active role in helping with the war drives as one of the popular speakers of the day.Manon Cornett is buried in Lexington, Kentucky.