“UNITED WE STAND” – “Again America enters into conflict for ideals and honor….”

“OLD GLORY WAVES” – The flag near the playground as seen by students; Pledge of Allegiance.

“GREAT THINGS ARE EXPECTED OF US” – William Creech is quoted concerning his expectations of youth; At annual ceremony at the museum, once home of Aunt Sal and Uncle William, Brit Wilder spoke of memories of his grandparents.

“ARMISTICE DAY” – 23rd anniversary; description of the students’ observance of the day, including a play, “Peace Does Not Last Forever.”

“BLACKOUT (Continued from page one.)” – Activities during blackout; new rules concerning use of electrical equipment, enforced by the Power Committee. 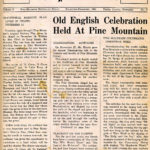 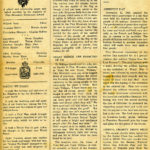 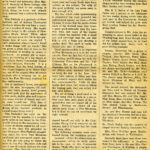 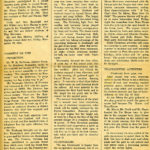