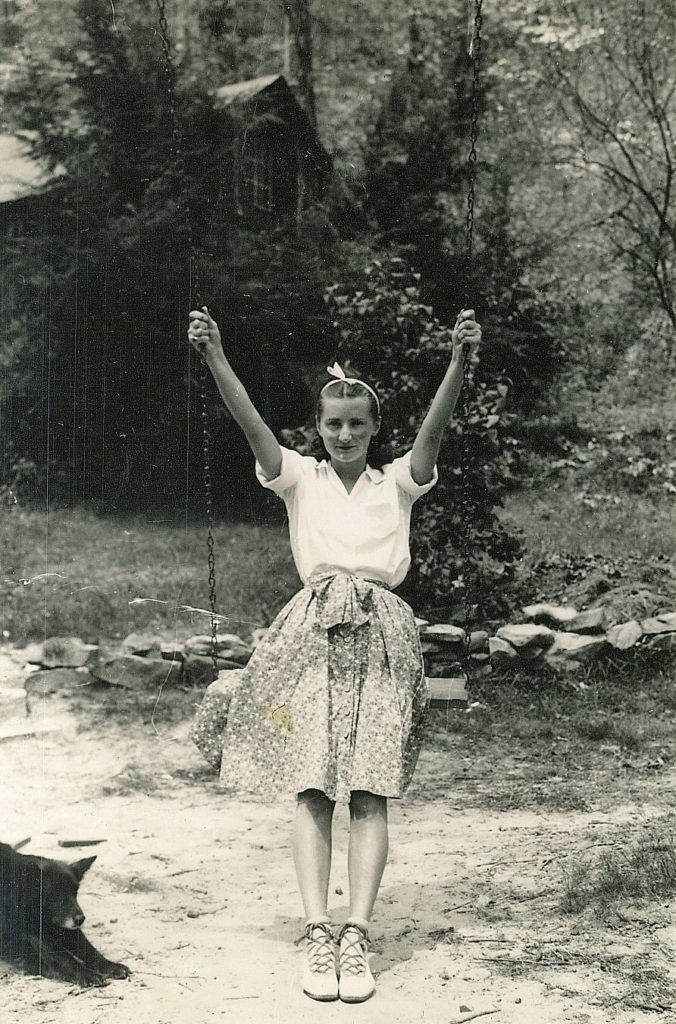 On September 8, 1941, a letter from Pine Mountain Settlement School was sent to Miss Martha Anne Keen in Scarsdale, New York, stating, “Your name has been given to us by the Presbyterian Board [National Missions of the Presbyterian Church in the United States of America] as one who might be interested in the position of English teacher at Pine Mountain School.” This was the beginning of an experience that would change the course of Miss Keen’s life.

The letter offered Miss Keen a salary of $70 a month “and maintenance” and was accompanied by literature about the School. If she would like more information, the letter suggested, she should contact Arthur L. Swift of Union Theological Seminary who was a member of the Pine Mountain Settlement School Board of Trustees.

Less than a week later, Miss Keen replied by Western Union Telegram stating, “Please consider me as an applicant as I am very interested in your school and its work.” The telegram was soon followed by a letter from Miss Keen to Glyn Morris, then director of the School:

I am very much interested in the splendid work of your school. I know that its indigenous type of program is fitting your students for a more abundant life where they must live it, and its community program is making great gains in the whole area. I should be more than happy to be a part of such important pioneering.

My major emphasis has been along the line of religious education, and yet Miss Scott [of the Presbyterian Board] felt that I am qualified to teach other subjects.

An interview with Morris in New York City was arranged for September 18, and on September 19, she accepted the position in a telegram to Glyn Morris: “Glad to accept position probably minimum 2 to 3-year term as of our discussion.” Morris then sent a clarification to Miss Keen as follows:

The agreement entered into by Pine Mountain and its staff members is for one year only, but it is always with the tacit understanding that the arrangement will continue. As you can readily see, it would not be efficient to have a new English teacher every year, but at the same time the school does not formally employ anyone for more than that length of time.

Morris continued on to welcome her to Pine Mountain and provide her with travel directions:

…the best way to get to Pine Mountain: I find that the 7:30 p.m. train from New York, arriving in Bristol, Tennessee-Virginia at 10:45 a.m. which connects with the bus to Harlan, is the most convenient. From Harlan you can get to Pine Mountain in an ‘OK’ taxi, with which we have a special arrangement for a reduced rate. It should not be over $2.00.

Miss Keen traveled to Pine Mountain on September 23, 1941. Her position was confirmed in a memorandum written three days later:

Miss Martha-Ann(e) Keen is engaged by the Pine Mountain Settlement School, Inc. for the school year 1941-42 as teacher of English and Dramatics, and advisor for the Pine Cone. Her salary is $70.00 per month plus maintenance and laundry. She is entitled to two weeks’ vacation with pay during the Christmas holidays.

According to her daughter, Suzanne Arny Fuller, “Mary Rogers told me that Mom lived in Far House at some point and was a kind of ‘house mother’ to a group of boys.”

Martha Anne Keen had attended Mount Holyoke College (South Hadley, MA) from 1934 to 1938, graduating with a degree in religion and minors in psychology, English literature, and biology. She then spent a year at the Union Theological Seminary in New York City (1939-1940), where she studied religious education, the Bible, counseling, and theology as a graduate student on a fellowship with the Student Christian Movement in New York.

Her resume included work with the Student Christian Movement (NY State) Apprentice to Field Secretaries that involved campus visitations, conferences, and study of college student problems and needs. She went on to work as assistant to the executive of the Syracuse Peace Council, where she was involved with a newsletter and gained experience in public speaking and work with study groups. In addition, she taught Sunday school, did playground work with underprivileged children, worked at a summer camp in Flint, Michigan, and studied voice and music appreciation.

With these credentials and her stated interests in “teaching, recreation, dramatics, sports, choir,…counseling and community relationships” Miss Keen was a good match for Pine Mountain Settlement School. She also was looking forward to attending worship services, “particularly those which are the creative expression of the students themselves.”

On April 11, 1942, she was rehired for a second year, according to a contract prepared by Morris and signed by Keen and Evelyn K. Wells (Chairman of the Personnel Committee):

The Board of Trustees of Pine Mountain Settlement School has authorized me to employ you as Teacher in the Academic Dept for the school year beginning Sept 1, 1942, and ending May 1, 1943. In payment for your services, which will include teaching English, supervising Pine Cone, and such other teaching duties as may be reasonably requested, you will receive $70.00 per month; meals in the Laurel House dining room; room at Big Log, including heat and light; a reasonably limited amount of such laundry as you care to send to the school laundry; four garments ironed per week at the laundry; together with a vacation of two weeks at Christmas time, with pay, beginning and ending with such dates as shall be announced by the School. Also, you will sign up with the staff committee chosen by the staff for this purpose.

Miss Keen returned to campus on July 31, 1942, to prepare for another year of teaching at Pine Mountain. By this time Morris was on temporary leave while serving as Chaplain in the war in Europe, and Mr. Dodd became acting director until the arrival in a few days of Mr. and Mrs. Webb. Mr. William D. Webb had been appointed by the Board of Trustees to the position of director in Morris’s absence.

Miss Keen was known for her resourcefulness and thoroughness, her team-work, and her sharp intellect. She was said to work well with others, particularly young people, showing ready sympathy and real interest in them and inspiring confidence in themselves. Her qualities were valuable contributions to the effectiveness of Pine Mountain Settlement School’s mission.

Martha Anne Keen was born June 4, 1917, in Brooklyn, New York. She was the older of two daughters of Fred L. Keen (a “factor” in a cotton mill) and Martha C. Keen. Her sister was Phyllis Keen. 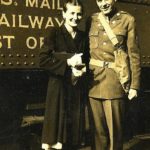 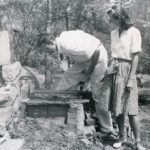 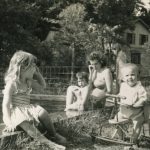 Martha Anne and Malcolm divorced in the 1950s. Martha Anne went on to receive a social work degree from Rutgers University in New Brunswick, New Jersey, in 1967. She was remarried, this time to George Douglass in 1972. Martha Anne Keen died on November 5, 1981, in Old Greenwich, Connecticut.

The School has long treasured a John A. Spelman watercolor/tempera painting that was donated in honor of Martha Anne Keen and Malcolm Arny by their four daughters. The painting was originallyt hung in the Laurel House dining room. It is currently in the Pine Mountain Settlement School Collections in Boy’s House.   John Spelman III was art instructor and artist-in-residence at the School from 1940 to 1941. Both Martha and Malcolm Arny were friends of Mr. Spelman.

In June 2015, the Arnys’ daughter, Suzanne Arny Fullar, wrote the following in an email to the PMSS Collections staff:

I am glad the Spelman watercolor is still hanging in Laurel House as my father knew Mr. Spelman and loved this painting. My sons and I have spent time at Pine Mountain and my oldest son, Eric, was married in the Chapel. It is a place we love deeply.