Ruby Ayers was one of six Ayers sisters, each talented and with an independent spirit. All were well-known among their fellow Pine Mountain Settlement School as accomplished in music, writing, drawing and dancing.

Three of the Ayers sisters, Joanna, Georgia and Ruby, were members of the Pine Mountain Settlement School Girls’ Octet, a group that often toured for the School on promotional trips in 1936-1937. The PMSS Girls’ Octet was created in 1936 by PMSS Director Glyn Morris and largely focused on traditional ballads and dance common to the Southern Appalachians. The ensemble gave concerts in various eastern and midwestern cities, including a performance at the White House in Washington, DC, for U.S. President and Mrs. Roosevelt and at the Ford Motor Company headquarters in Dearborn, Michigan, for Mr. and Mrs. Henry Ford.

Ruby Ayers began her studies at Pine Mountain Settlement School in 1935 and graduated with eight other students in May 1939. At Pine Mountain, she served on the staff of The Pine Cone, a PMSS student publication, from September 1938 until she graduated. Her poetry was often published by The Pine Cone, including:

Ruby’s talents as a visual artist were also evident while she as at Pine Mountain. Her pen sketch of a Kentucky homestead was featured on the back cover of the December 1937 issue of The Pine Cone. Also, the February 1938 Pine Cone announced on page 2 that the PMSS printshop reprinted Uncle William Creech’s famous 1915 letter in a booklet with Ruby Ayers’ pen sketch of a barn on Greasy Creek on the cover.

Ruby was among three PMSS students who won the Silver Jubilee poster contest, sponsored by Mrs. Leonard Elsmith of New York City, according to Pine Cone’s October 1938 issue (page 5). The other two winners were Wilbur Wilder and Christa Bell Creech.

“In conversation with Mr. [Arthur W.] Dodd just now I was reminded of my neglect in not getting an official invitation off to you to join us as relief-housemother on campus for the rest of the term.

As Mr. Dodd has told you, we would be glad to have you with us to relieve in houses four times a week and to pay you full maintenance and twenty-five a month. You would have a room in West Wind, meals in Laurel House, and laundry service (reasonably limited) with four pieces iron each week. …” 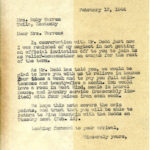 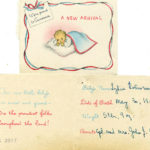 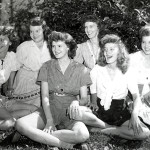 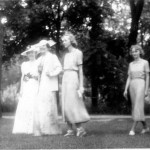 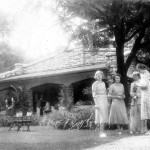 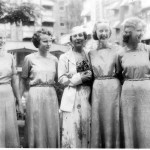 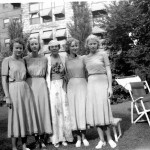 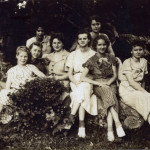 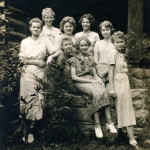 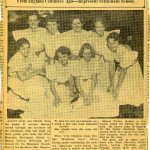 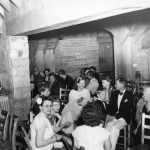 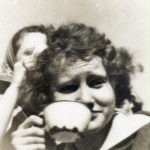