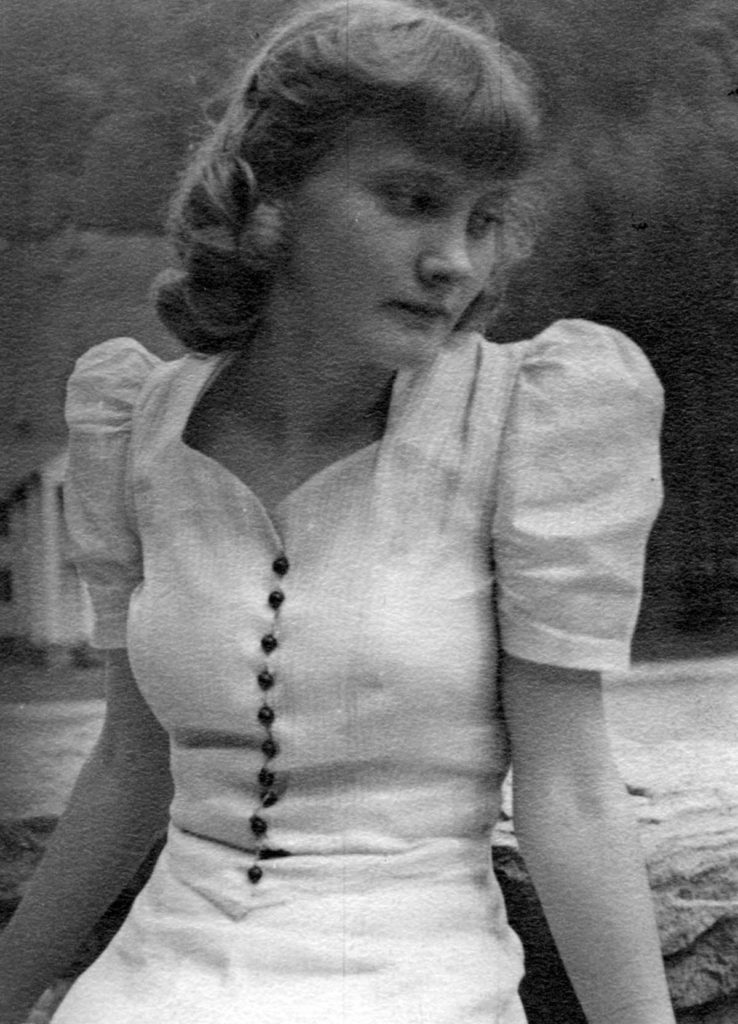 Ellen Ayers Hayes was a student at Pine Mountain and, in the 1980s, a staff member heading the Intervention Program at the School. She was born on August 11, 1922, in Ewing, Virginia, and later lived with her family in Twila, Kentucky. Her father, Henry G. Ayers, was a coal miner and her mother, Ethel (Oaks) Ayers, a school teacher and housewife. She was part of a large family of six girls, all of whom attended Pine Mountain Settlement School.

Ellen left Creech School in eighth grade and began her ninth grade at Pine Mountain Settlement School in 1937. A good student, Ellen Ayers aimed to be a journalist and focused on English classes while at Pine Mountain. An extrovert and very social student, “Mattie,” as her friends called her, was active at the School in many ways, including dramatics, choir and glee club, dancing, library work, talks in the Chapel, and assistant editor of the School publication The Pine Cone. Ellen also played the lead in H.M.S. Pinafore student production and was a dancing instructor during her last school year. She worked three summers at the School to pay for her tuition.

Ellen’s five sisters, Joan, Georgia, Ruby, Bonnie, and Evelyn, formed a strong support system for her as she made her way through Pine Mountain’s program.

Like her sisters, Ellen excelled in her courses with a few exceptions (such as, Chemistry) and developed a firm attachment to the School. She graduated from Pine Mountain in 1941 and was accepted in Berea (KY) College, where she majored in education.

Five years after Ellen graduated from PMSS, she was married to Paul Hayes by Glyn Morris, a minister and former PMSS Director, in the Chapel at Pine Mountain on May 30, 1946. Paul Hayes became the School’s director in 1986.

In 1986 Ellen and Paul welcomed the opportunity to “give back” when Pine Mountain asked Paul Hayes to intervene as an interim Director of the School. After he completed his service as interim director, Paul ended up remaining for ten years at the School as the Director with Ellen at his side. Generally referred to as “Mac” in her later years, Ellen served as coordinator of the community Intervention Program, working to develop skills and training for at-risk youth in the Pine Mountain area. She also assisted Paul with daily administration and operations of the School. In the summer of 1986 she was a teacher in the Environmental Education program.

Ellen (“Mattie”) Ayers Hayes died of cancer in 1994, during the eighth year of the couple’s stay at Pine Mountain. Paul died in October 1996, the tenth year of his directorship, also of cancer. Paul and Ellen had four children: Martha, Paul Silven, Mae, and Henry.

The Ayers family and the Hayes family had a long association with Pine Mountain Settlement School. Ellen’s files includes both her school record as well as personal correspondence with the Hayes family (not yet added), with staff at the School and with her sisters and family.