[Note: All letters from PMSS staff are carbon copies, typewritten, unsigned and meant for the Office files. All other letters are handwritten. The following list of contents is in chronological order and not necessarily in order of the image numbers.]

(65) October 6, 1941. To Mr. Morris from B. Callahan. “Mr. Henry Creech wishes me to inform you that a Mr. Clark connected with the R.E.A. will be up here in the near future to figure and estimate regarding the lighting of the School. The special meeting and the official turning on of electricity for Whitley and Knox Cos. will be held near Corbin somewhere, about Oct. 10th….”

(60) November 20, 1941. To Mr. Callahan from [unsigned], who was asked by Glyn Morris to tell Callahan that Mrs. Holton “was delighted with the trays.” The writer quotes Morris: “He is a most faithful and efficient workman and time increases my respect for his ability. He possesses qualities of workmanship which are becoming more and more hard to find.”

(62) N.D. Memorandum from [unsigned]. Contract for Mr. Boone C. Callahan’s engagement by PMSS for fiscal year 1941-42 as Woodworking Instructor and Supervisor of Repairs at “$100.00 per month with added allowance of $10.00 per month for maintenance, plus coal, light, and the occupancy of Farm House” and one month’s vacation.

(67) January 20, 1942. Notice To Office From Fire Chief, who states that trash should not be stored in basements.

(72) February 26, 1942. To Mr. Callahan from Mark Godman, State Industrial Arts Curriculum Committee, Kentucky Department of Education, Frankfort. Re: A need in Kentucky to develop a state-wide standard industrial arts curriculum. He lists the members of the Committee and their position and town. Boone is informed that, at the first meeting, he was appointed chairman of the committee for the FARM SHOP curriculum, with two other members to work with him. Gives the date & goals of the next meeting. Twelve specific curriculum fields have been agreed upon. He suggests that Boone acquire a copy of the A.V.A. Standards Attainment Report from the American Vocational Assn in Washington, DC.

(73) March 28, 1942. To Mr. Callahan from Mark Godman, Kentucky Department of Education, Frankfort. A reminder of the dinner meeting on March 20 in Louisville during the K.E.A. The committee plans to secure 2 lists: Learning and Doing Units and Projects and Exercises in each of the Industrial Arts fields using a questionnaire; asks Boone to submit a checklist and a bibliography.

(96) April 11, 1942. To Mr. Callahan from Glyn Morris, Director, on PMSS letterhead. A contract confirming the employment of Callahan as Woodworking Instructor and Teacher of Mechanics for July 1942 through June 1943. He describes the job responsibilities; payments; 2 quarts of milk per day; housing in Farm House; excess vegetables; a month’s vacation in the summer after 11 months of service; Sundays and two weekends each semester off; and 2 weeks with pay to attend summer school to complete his degree. Signed by Boone C. Callahan & Evelyn K. Wells, Chairman of Personnel Committee.

(74) N.D. A note to Mr. Morris from Boone, thanking him for the permit to attend the conference, “tho I didn’t go as Mr. [Arthur W.] Dodd objected to my being off duty.” He encloses the letters to “show my reasons for feeling obligated” to attend.

(75) April 14, 1942. Handwritten note to Mr. Callahan from Janet Grout in The Office, stating that Mr. Morris permits Boone to attend the meeting.

(88) June 8, 1943. [Draft of a typewritten memo.] ”To whom it may concern” from William D. Webb, PMSS Acting Director, confirming that Mr. Boone Callahan, was shop instructor for 12 years at “this state-accredited vocational high school for mountain children. We regret that our institution is unable to offer a salary which an expert cabinet-maker would deserve in these times. We sympathize, also, with Mr. Callahan’s desire to gain broader experience in his field. May we say that Mr. Callahan is leaving the school with good feeling on both sides; and that he can ask from us at any time our recommendation of his character and ability.

(89) July 12, 1943. To Mr. Webb from Boone C. Callahan in Cleveland, OH. “I am enjoying my war work, as Salvage Inspector, here in the Fisher Body Aircraft Bomber Plant. We often miss the Webbs & “Webbites.” The children frequently ask about Dorothy & David. Mrs. Callahan and the children are visiting a little while more with her mother in W. Va. but will join me here in Cleveland soon. Hope everything goes well with your family and that labor shortage is not so acute in the general work of the School.”

(95) October 2, 1943. To Mrs. Mary H. Crawford, Hollywood, CA, from [unsigned, William Webb], Acting Director, who thanks her for her gift of $10 as her annual subscription to Pine Mountain; describes the sorghum “stir-off” at Henry Creech’s farm and using cane to taste the froth of the molasses.

(90) November 29, 1943. To Miss Bartlett at PMSS from Boone C. Callahan & Family in Cleveland, OH, thanking her for forwarding a package from Hollywood to the Callahans. Sends regards to Miss Merill (sic) and Mrs. B.M. Bartlette (sic).

(91) December 3, 1943. To Miss Mary H. Crawford in Hollywood, CA, from [unsigned], Secretary, who assures her the package has been forwarded to Mr. Callahan in time for Christmas. “Mr. Callahan left his employment here last spring and since that time has been doing war work in Ohio. He is earning a good salary, as many war workers are, and is undoubtedly able to do a good deal for his wife and children. The adjustment from Pine Mountain life to city life was a big one for them to make as life is very simple here….”

(92) (93) N.D. Faded 2-page letter to Estelle Callahan from Mary Crawford in Hollywood, CA, (92) who encloses a check for her annual subscription. [A notation from Mrs. Callahan at the top of the page states she will write soon and that she has a new address. Followed by a notation from Estelle Callahan.] (93) A continuation of the letter from Crawford describing a visit by her friends, Commander & Mrs. Junker and Junker’s war experiences.

(94) N.D. Notation on a black sheet of paper: “Mrs. John Darnall, Glendale, Ohio” in ink, crossed out in pencil.

(99) September 15, 1954. To Mr. Callahan in Cleveland, OH, from Burton Rogers, who thanks Callahan for the gift he made “as a memorial to Miss [Gladys] Hill for the enrichment of the School program in general and the visual aids room in particular.” Received by Miss [Grace] Rood. “I may say that we think of you often as we go about the campus and the buildings with so many reminders of you and your work, both in furniture and in the larger building construction and arrangement. You have certainly left your mark on Pine Mountain in a very unique and wonderful way.” 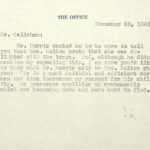 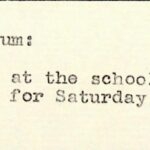 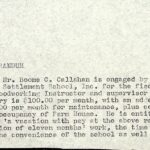 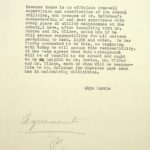 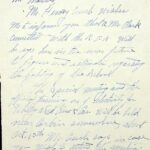 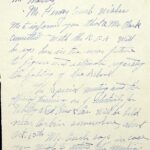 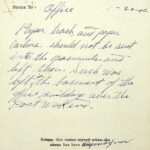 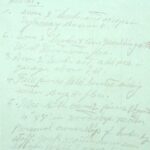 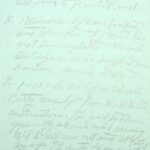 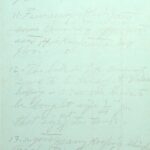 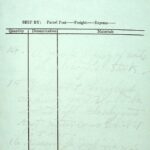 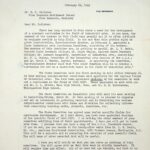 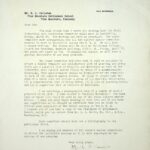 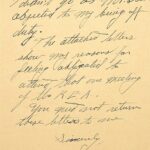 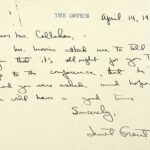 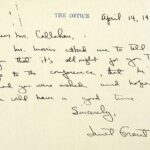 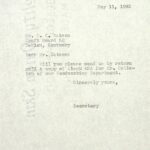 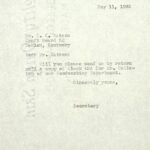 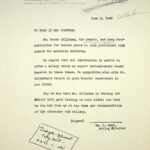 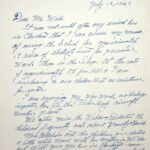 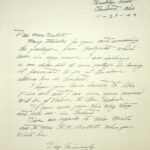 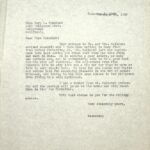 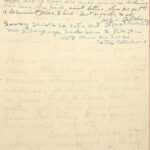 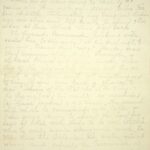 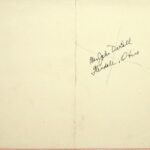 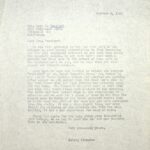 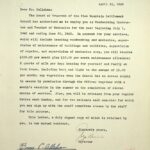 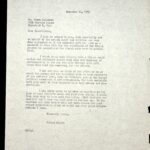