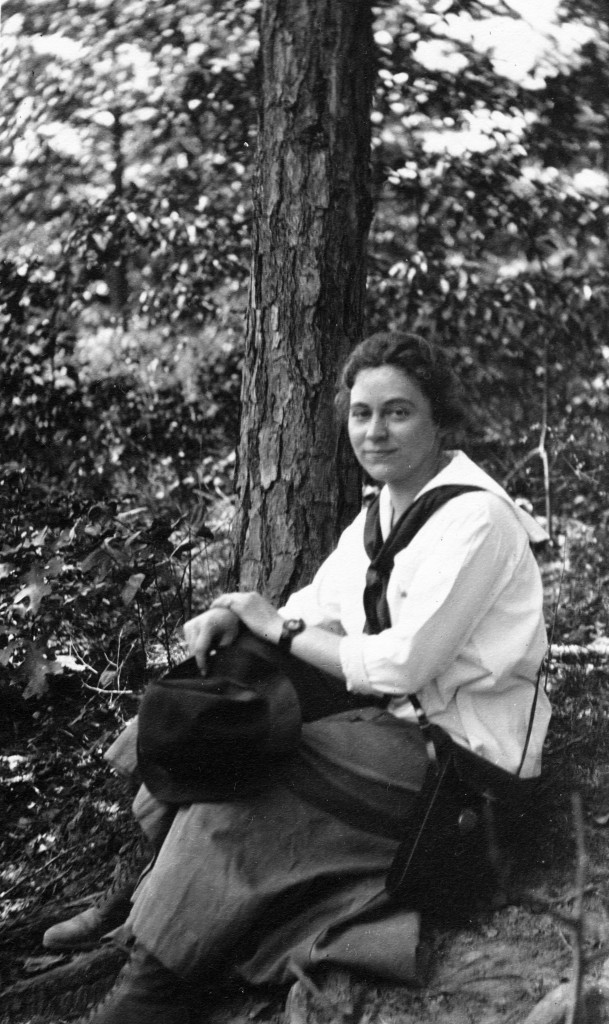 Celia Scone Cathcart was born on May 8, 1893, in Sidell, Illinois, the only child of William Gabriel (“WG”) Cathcart and Anna Sconce Cathcart. WG’s parents, John Marshall Cathcart and Sarah Alexander, had emigrated from County Tyrone, Ireland, to Illinois in the mid-1800s.

After attending grade school and high school in Sidell, Celia studied at Illinois Woman’s College (now the co-educational MacMurray College) in Jacksonville, Illinois. Celia studied for two years at MacMurray College before transferring to Northwestern University in Evanston, Illinois. There she joined the Alpha Phi Sorority, earned membership in Phi Beta Kappa, a society that honors outstanding scholastic achievement, and graduated in 1915.

According to Pine Mountain Settlement School’s staff records, Celia performed volunteer work at Pine Mountain in 1915, possibly having been recruited by Miss Katherine Pettit, PMSS co-director at the time, on a visit to Northwestern. Celia’s son, William Cathcart Holton wrote about his mother in 1984, describing Celia’s PMSS experience as

…living in another world of poverty, illiteracy, transportation by mule and wagon, but enriched by working with a proud people with a rich heritage of self-sufficiency and strong religious faith.

Back in Illinois, on January 16, 1918, Celia married Caryl Ames Holton, also from Sidell. A University of Illinois graduate in civil engineering, Caryl was employed as a second lieutenant in the U.S. Army Corps of Engineers. World War I was raging in Europe at this time and, only a few months after the wedding, Caryl was sent to France with the U.S. Army Expeditionary Force to fight alongside British and French allied units against Imperial German forces. He was discharged from the Army in June 1919, seven months after the Armistice. 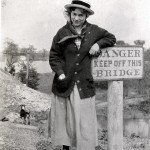 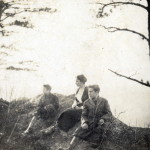 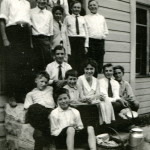 Frances Lavender Album. Mrs. [Celia Cathcart] Holton and some of the School House boys with their supper at their feet. [Celia Cathcart Holton was a teacher from 1915 – 1919]. [lave042.jpg]

Pine Mountain School records indicate that Celia returned to teach upper grades at the School from 1918 to 1919 while her husband was overseas during World War I. She also worked hard to raise funds needed for a road that would connect Pine Mountain school to the railroad. According to William Holton,

The lasting contribution which Mother made to Pine Mountain was that of raising funds to build a road over the mountain which would end the isolation of the little school. She went by train to a number of cities where she solicited wealthy individuals for contributions. She carried a 25-caliber pearl-handled automatic pistol for protection. According to Pine Mountain records, she and one other woman raised about $50,000. The road was started in the early 1920s but was not actually completed for over 10 years. And by our standards today, it was only a cleared path which could be negotiated by horse-drawn wagons. The path can still be seen.

In 1917, an article about Celia Cathcart’s fundraising for the road was printed, along with her picture, in Highway Magazine, titled “Wills, Ways and Women: Building the Pine Mountain Road” by B.G.M. The author referred to Celia as “one of those people who just take delight in doing things that folks say can’t be done” and named Celia as the “Missionary Extraordinary for the Pine Mountain Road.” The article described her fundraising strategy and skill:

The Pine Mountain Settlement School wants a road over the mountain, and Miss Celia Cathcart is at work proving to people of Kentucky and the whole region that it must and shall be built. It will be six miles long and the County Road Engineer has calculated its cost at $60,000. Since it is an inter-county seat road, half of the expense will be borne by the State; $5,000 will be donated by Harlan County, and the remaining $25,000 is Miss Cathcart’s little stint. At the rate she is going, it will not take a great while either. People go to road meetings, where she is to speak, in a spirit of indifference or criticism and return filled with a crusader’s zeal for the mountain road. The talks that she gives them certainly have the punch. Enthusiasm finds vent not only in applause and cheers but in the bestowal of good hard-earned dollars and supplies of every kind that can be of assistance to the enterprise.

Also in 1917, The Road-Maker magazine published Celia’s article, “Where the Trail Now Ends,” an “earnest appeal” for donations for “the paved way” and the Pine Mountain Settlement School. The editors of the magazine joined in her call for help by offering to provide contact information to readers who requested it.

Meanwhile, Celia’s father, William Gabriel Cathcart, had purchased a house and farm named “Rosedale” in London, Ohio, for Caryl and Celia. After Celia returned to Illinois from Kentucky in 1919, the couple moved to the Ohio property, with hopes of finding work and starting a family. Celia kept busy working for the Daughters of the American Revolution, Delphian Club, and the East High Street Club, and teaching a Rudora Sunday School class. She was active in the Republican Party and worked for the election of Judge Frances Allen to the Ohio Supreme Court. Although Ms. Allen was not elected, she would have been the first woman in such a position. William wrote the following about his mother’s life in London, Ohio:

Born to wealth, Mother had to cope with severely limited finances all her married life. Feeding and clothing three growing boys during the Depression years was difficult; little was left over for little luxuries.

After Celia left Pine Mountain Settlement School, she continued to support the School. As recorded in the Daughters of the American Revolution Magazine of 1920:

Celia Cathcart Holton, a DAR member, gave a talk at the meeting of the London, Ohio, chapter of the DAR, titled “At the End of the Trail,” about the lives and possibilities of the Southern mountain people.

She also came back to Pine Mountain as a member of the PMSS Board of Trustees and served on the board until 1935.

Her son, William, described his mother’s character as follows:

Someone meeting Mother for the first time would be struck with her erect, proud appearance; with her short, man-styled hair (in a day when women wore their hair long). The impression would have been of a patrician…’lady’ who was confident of herself. She seemed gracious and a bit cool…The popular ‘sins of the flesh’ – smoking, drinking, playing cards – were intolerable to her.

She set high standards for herself and for her children. ‘Do your best’ was a frequent admonition — and the assumption was that your best would be just a little better than the best of others. She felt a keen obligation to help the unfortunate and needy.

Celia’s life was cut short by cancer in 1942, but her “spirit and vitality” was evident in all that she did, including her service to Pine Mountain Settlement School.

**Note: Images were donated and annotated by the family of Celia Cathcart Holton and sent to the PMSS Archives by Julia Holton King Todd. She notes that the inclusion of the pistol image is to document the comment in one of Celia’s letters:

“I don’t know how you are, but I have about reached the point where I should take my little pearl handled revolver to a dark corner and hold up the first passerby if I were sure he had $7,000.00 on his person!”[1]

[1] Letter from Celia to Miss de Long. June 1, 1917 [regarding raising funds for the Pine Mountain Road.] 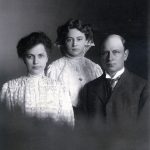 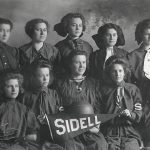 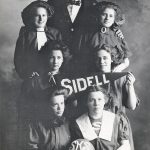 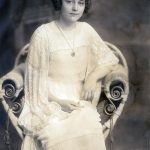 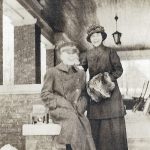 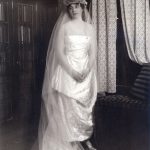 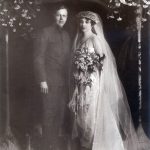 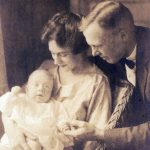 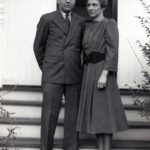 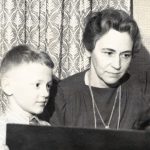 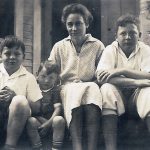 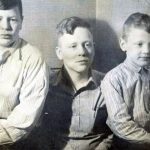 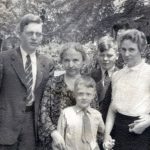 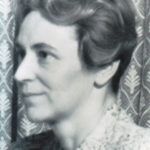 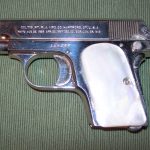 CELIA CATHCART Correspondence I – Listings of published articles by and about Cathcart and original letters in the possession of Julia Holton King Todd, Celia’s granddaughter, dated 1916-1918.

For a full bibliography, see below.

Back to BIOGRAPHY – A-Z