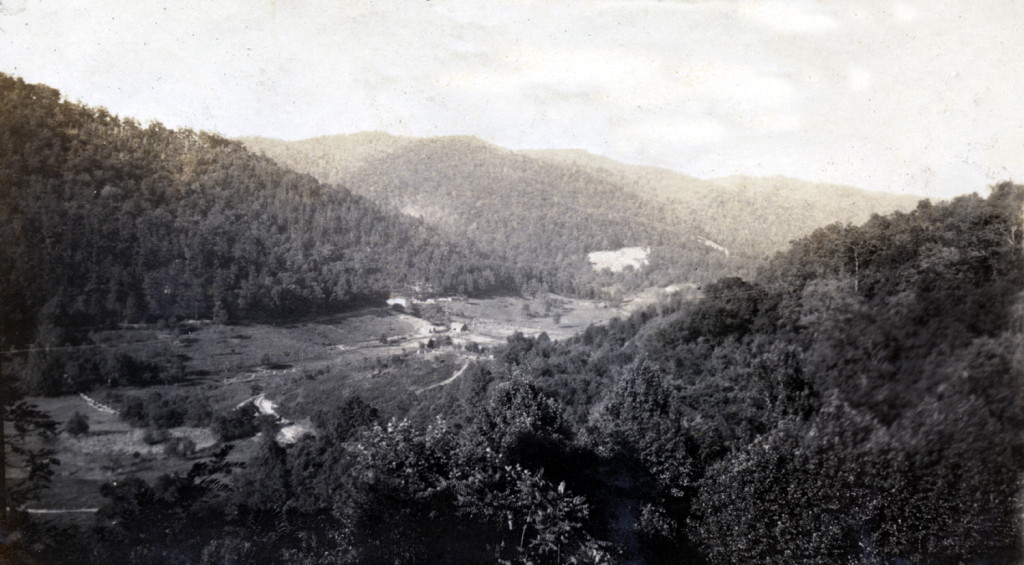 [Note: Letters from PMSS staff in the PMSS Collections are carbon copies, typewritten, unsigned, and meant for the Office files. The original signed copies were sent to the correspondents. All other letters are typewritten originals unless specified otherwise.]

1916_00_02 Page 1 of report. GENERAL: Describes location Pine Mountain that runs for 50 miles, from Tennessee, through Kentucky and into Virginia, cut only by the Cumberland River in Pineville. Average elevation is 2,600 feet. Low places (“gaps”) will determine the location of the road. He then describes the horizontal distance and the North side (steep, regular) and South side (cut by streams in deep hollows, sandstone cliffs).

1916_00_03 Page 2 of report. GENERAL continued: Sandstone cliffs.
GRADES AND ALIGNMENT: “The length of the road over the mountain depends entirely upon the grade used.” A table shows the length of the road for various grades, based on the difference in elevation to be overcome. “The matter of alignment is governed wholly by the topography of the country.”

1916_00_04 Page 3 of report. ALIGNMENT continued: “Switchbacks will not be used, but hairpin curves will be necessary… (with) a minimum radius of 100 ft.”
CHARACTER OF MATERIAL ENCOUNTERED: “It is estimated 75% of the excavation will be solid (sandstone) rock. … the soil is a sandy forest loam….”
DRAINAGE AND ROAD BEDS: “…it is advised that all culverts be constructed of dry masonry because of the abundance of good stone for that purpose. Gives the road bed measurements.
SURFACE: “A nine-foot water bound macadam surface of limestone 3” thick, with a sandstone base 3” thick, is recommended.”
GUARD RAILS: “…can be cheaply constructed of the timber out from the….”

1916_00_05 Page 4 of report. GUARD RAILS, continued: “…right-of way. This timber can be used rough and will make an effective, strong, and at the same time artistic guard rail.”
RIGHT OF WAY: “The right-of-way for the entire road has been pledged….”

FINANCES: “Harlan County has appropriated $5,000.00….” The state of Kentucky will pay for 1/2 the cost if the road is made as a section of the inter-county seat road (from Harlan to Leslie county seats.) The amount that PMSS will need to raise is shown: either $5,000 or $20,000 depending on total cost of road.
APPROXIMATE ESTIMATE OF COST PER MILE is listed, totaling $9,700 per mile.

1916_00_06 Page 5 of report. AVAILABILITY OF MATERIAL: To be taken from limestone outcrops on the North side. “This is practically the only limestone in Harlan County.”
SUMMARY:

“Nothing can be said that is new and not known regarding the benefits of good roads. This road however, is unique. From an economic standpoint alone, it is not now a necessity, but from the point of view of humanity, education, and development, it is a vital necessity.

It will be the means of bringing in touch with civilization a people who have had between them and the outside world a practically impassable barrier. When Pine Mountain Settlement school can say that it was Instrumental in having a road built over Pine Mountain, it will be saying that it has educated and broadened not only the children of the community, but every man, woman, and child. It can say now that it is opening the door to civilization, but with the road built, it can say it has pulled down that door and made easy the way.

Apart from the above, which is the ‘raison d’être’, the road will be from a scenic standpoint, one which once traversed will never be forgotten.”

1916_07_15 July 15, 1917 (sic, 1916). To Judge Ward, (County Judge, Harlan County), Harlan, KY, from (unsigned, apparently Ethel de Long), who is worried that the survey by Mr. Yoder hadn’t been done yet. Also, it is difficult to raise the remaining $14,00c0 when the School does not know the County’s plans. She notes that this is a time when Red Cross and war relief are also raising money. She asks for advice and hopes Judge Ward “will get things started.”

1916_07_17 July 17, 1916. To Judge Ward from (unsigned), asking him to “persuade the Letcher County Judge to extend the road up Line Fork from the mouth of Bear Branch to the Harlan County line, where it will connect with a pretty good road. … (If so) we could haul goods across Hurricane Gap more cheaply and expeditiously than we can get them from Incline.”

1916_07_24 July 24, 1916. To Judge Ward from de Long), who is delighted to have his cooperation. “It is a great satisfaction to have someone in office who is pushing good road matters as you are doing.”

1916_08_21 and 21a August 21, 1916. Two-page original typewritten letter to “Kate” (Katherine Pettit), ℅ Mrs. J.R. Morton, Harbor Springs, MI. from Ethel de Long. [21] She updates Pettit on the road construction after having met with Mr. Toms, Acting State Road Commissioner, and Mr. Yoder, Supervising Engineer of Harlan County Road Construction. She gives the estimated cost per mile, the amount that the State of Kentucky will pay, the amount PMSS has to raise “as a donation to the road” and the amount the School can borrow “to put into its construction immediately, said money going back to the lenders as the state redeems the county bonds.” She describes the amounts she and Miss (Celia) Cathcart will try to raise. Mr. Toms suggests trying to secure some of the money that the federal government gives to the state this year. Both Toms and Yoder feel that the best hope for state aid is through the Harlan County Fiscal Court and advise how to approach the governor. She is writing to Senator Brock who she hopes will help with the governor. [21a] PMSS already has $5,000 for the road, appropriated by the Harlan County Fiscal Court.

1916_11_17 November 11, 1916. Two-page letter to Mr. (Darwin D.) Martin from (missing second page; possibly from Pettit or De Long), who describes the proposition that she will present before the Fiscal Court of Harlan County: If the county (which is now receiving aid on $250,000 from the state.) would receive a donation of $50,000 from PMSS for a particular piece of road construction, it would then receive state aid on $300,000. PMSS would agree to this “if the county would return to us one-sixth of its income from the state aid fund…. The road is going to be expensive, but it has to be, and we are willing to work for it, not only for the aid it will give our school but for the enlightenment, it will give this whole community.” She then refers Martin to Uncle William’s letter. Miss Celia Cathcart will work at raising $25,000; she reminds Martin of his offer to securing a loan for the other $25,000, which the state would return at $1,000 or more a year. (MISSING SECOND PAGE) 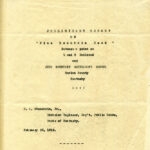 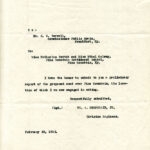 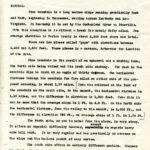 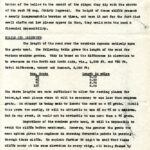 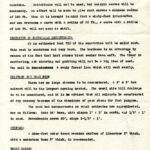 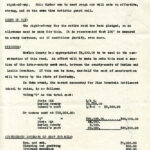 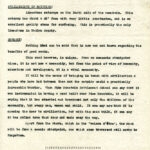 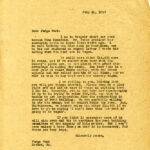 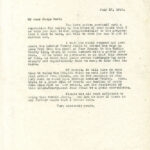 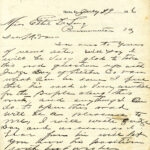 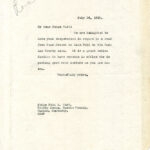 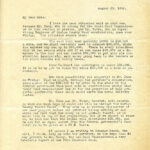 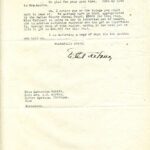 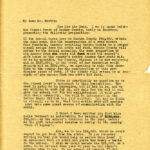