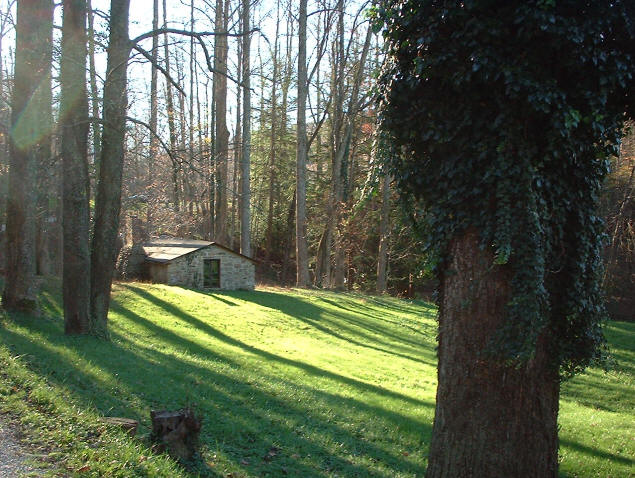 The Electrical Power House was constructed in the early 1930s to provide housing for an engine that was to supply electrical current for the power needs of the School. It was originally built to house an oil engine purchased from Fairbanks-Morse & Co. that would generate power for storage batteries. 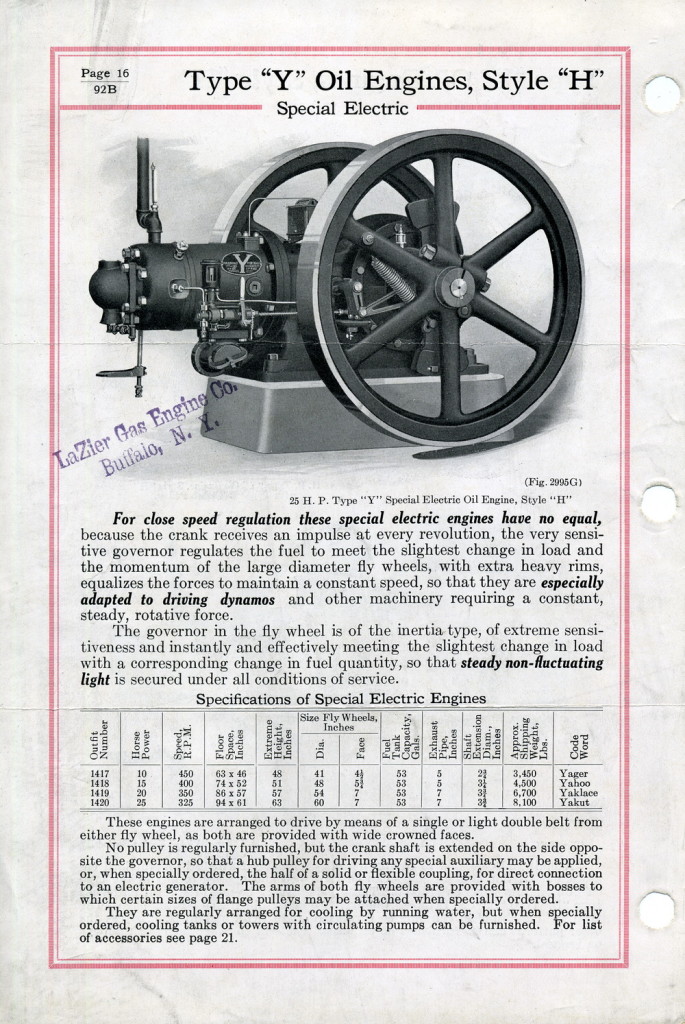 The former president of the Board of Trustees, and a well-known entrepreneur, Darwin D. Martin, had a different idea: Pine Mountain should have its own plant. He noted that the “…cost of $4,000 to bring that [Kentucky Utilities] current over the mountain …..could be greatly reduced if an isolated plant were to be installed at the School.” He suggested that the cost of the plant would “amount to a mere song in ordinary times.”

Mr. Martin then wrote to Mr. Frederick H. Evans in Rochester, New York, that Pine Mountain was seeking an electric light plant and wondered if the Kohler Company might reduce their costs for such a plant for the School. He noted that in Buffalo, New York, where he [Mr. Martin] resided as a vice president of Larkin Company, the cost of current per KW was as follows:

I judge the current to be D.C.? If it were [an] A.C. I would like to try a plant in an apartment house in Buffalo. Recently the Buffalo General Electric Company ripped out an almost new installation of D.C. motors costing many thousands of dollars from one apartment house, replacing with A.C. Had I known then of this Kohler plant and its possibilities I can see a large saving by substituting it, or several of it, in this one building. Perhaps you will see similar possibility in Rochester.

If you but confirm my views I think I shall authorize shipment of this plant to the school. A new storage battery would cost us around $500 and would have to be replaced again after five years. If I have not been run away with by my lack of electrical knowledge; if you see it as I do, I will have this plant shipped even though it be over the prostrate bodies of our director and the hard headed business men named above. But ten days will give time for them to holler if they see difficulties that do not occur to me. To the objection that sometimes 5 KW is not enough, I will answer Mr. Morris by saying that the crippled battery and Fairbanks-Morse engine can be used in emergencies.

He provided a drawing of how the plant engine might work: 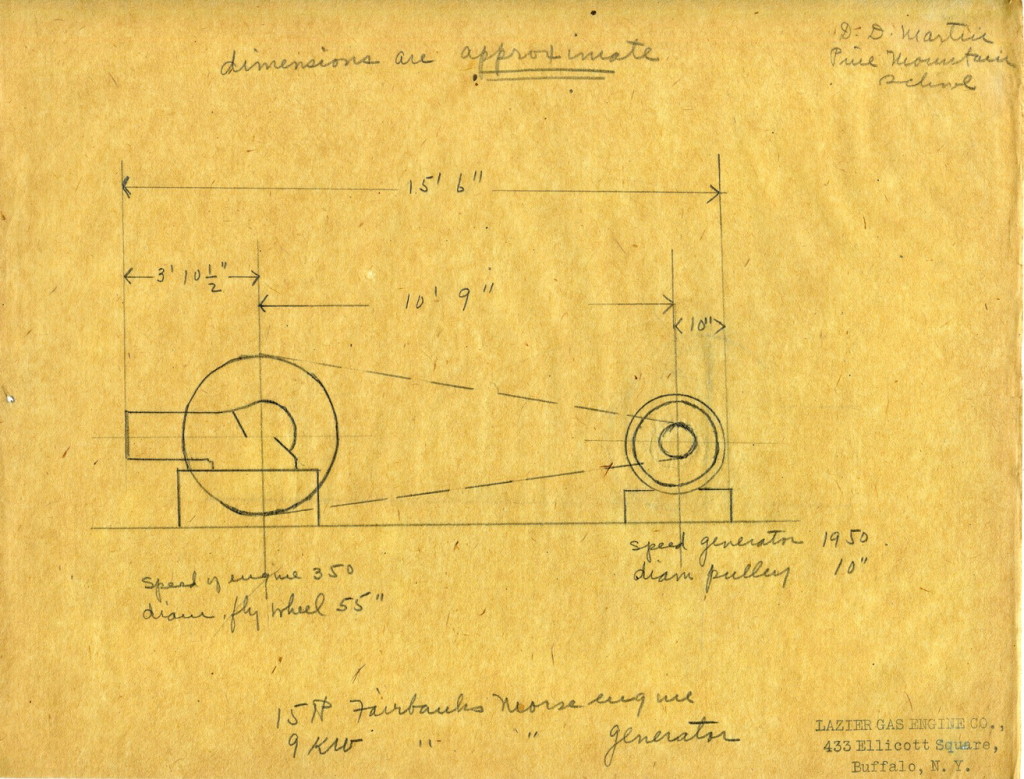 The Fairbanks-Morse engine he refers to had been purchased when the plant was built at Pine Mountain in 1930 and had been a continual trial with bearings and “damaged” fly-wheels, crankshafts, and a general inability to accommodate the growing load placed on the equipment.

In great frustration Mr. Martin had written to the Fairbanks-Morse & Co. on January 6, 1932, that on a visit to the School in October of 1931, he was

… greatly astonished to find the flywheel of the engine you sold us in 1930 wobbling very noticeably and to learn that the maximum load the engine will carry is under, instead of over, its rating. 55 amperes is all it will carry. It has died under 58 amperes.

If this engine was installed on the Board Walk in Atlantic City I think you would send a replacement by express, or get the name plate off the engine. Because it is installed in a dark valley in Harlan County, Kentucky, on yon side of Pine Mountain, my confidence in your house is such that I believe you will nevertheless be rather solicitous to have the engine right.

He continues to argue that the crankshaft, and not the fly-wheel, is crooked and needs to be replaced by the company. In the meantime, the director of the School, Glyn Morris, had the crankshaft inspected by an engineer from the coal-camp in Benham and Mr. Morris affirmed that the man

… who inspected the plant the last time was in no doubt about the crankshaft being crooked. Perhaps we can demonstrate to the Fairbanks-Morse people that we have received two crooked crank shafts, they may realize that probably someone in their employ has made a mistake.

Crankshaft or fly-wheel, no matter. It wobbled. The power plant had many difficulties. The forward-thinking purchase had unfortunately come just as the Great Depression was starting to grip the country and electrical power development, the TVA (Tennessee Valley Authority) and REA (Rural Electrification Administration), were just beginning to be realized as the government tried to kick-start the economy, In not so many years, the power plant at Pine Mountain became a back-up source of power as the campus was “electrified” through the REA program in Kentucky.

While a trustee, Martin had generously donated many valuable assets to the School, including his wit and astute business sense. In the early 1930s Martin and Larkin Company lost millions and the generous gifts from Martin ended. He was no longer a monetary benefactor for the School but he remained a solid supporter and consultant of Pine Mountain until his death in 1935. 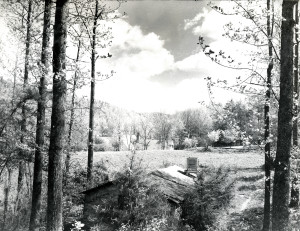 What remains from the early foray into local generation of power at Pine Mountain is a lovely little stone building that sits just below the Chapel and just above the Dancing Green on the north side of the campus. It was used as a pottery studio in the 1960s and 1970s and still has the occasional potter eyeing the building and imagining its possibilities. The chimney seen below is from the years that it served as a potter’s studio largely for salt-glazed wood-fired pots.

The conversion of the building to a small ceramics studio was largely the idea of staff member Paul Lynn.  He hoped to use local clay to build a ceramics program that would encourage the use of local materials to build a practical as well as a profitable pottery business. The experiments with local clays and the deep research that Lynn engaged was sufficient to run the ceramics program until his departure from the School and a sharp decline in staff skill in maintaining the labor-intensive program.

Today, the chimney of the wood kiln may still be seen but the dry storage now provides maintenance storage and the one window and the one door are in a state of fragile decay. Yet the dream of a Pine Mountain Pottery has not gone away and interest in building a new program for training potters is again alive.

The re-purposing of the small building for a ceramics studio that occurred in the early 1960s may still prove useful. The modifications of the stone wall on the North flank of the building to accommodate the placement of a wood kiln chimney may still prove of use in a re-design that combines new technologies with the older pottery methods proposed in the 1960s and 1970s.

The building is roughly 40′ x  15′ and is dry with a solid cement floor. Water is close by and electrical access is easily accommodated. The outdoor terrain is sloping but could be adjusted to provide additional workspace with a concrete apron. The roof appears to be sound. 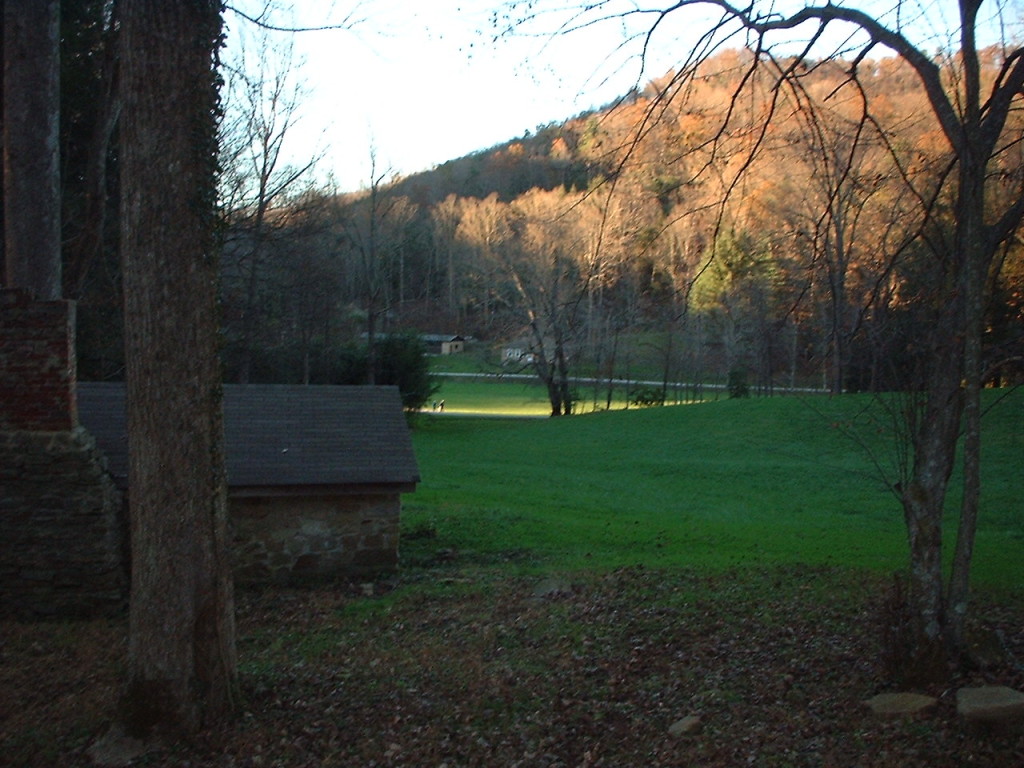 Electrical Power House. Looking across the valley toward  the Office and Tool Shed. 2013. Photo by HW. [DSCF0021.jpg] 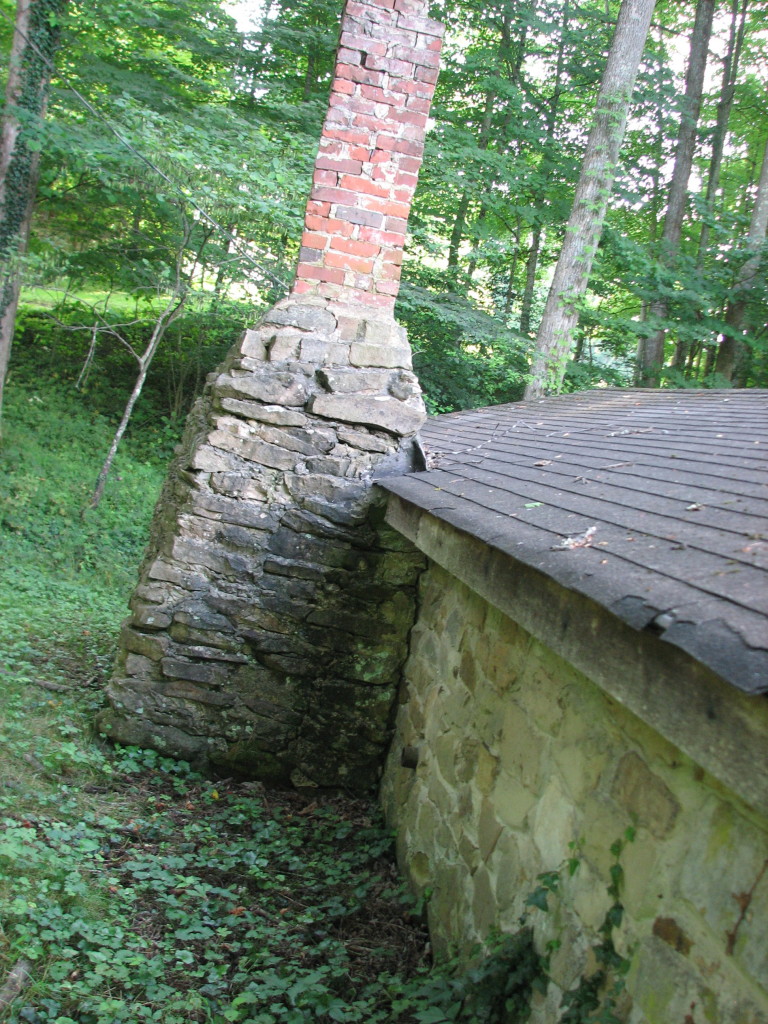 Electrical Power House chimney was added when the building was used as a pottery studio in the 1970s. Photo by HW. [IMG_1901.1.jpg] 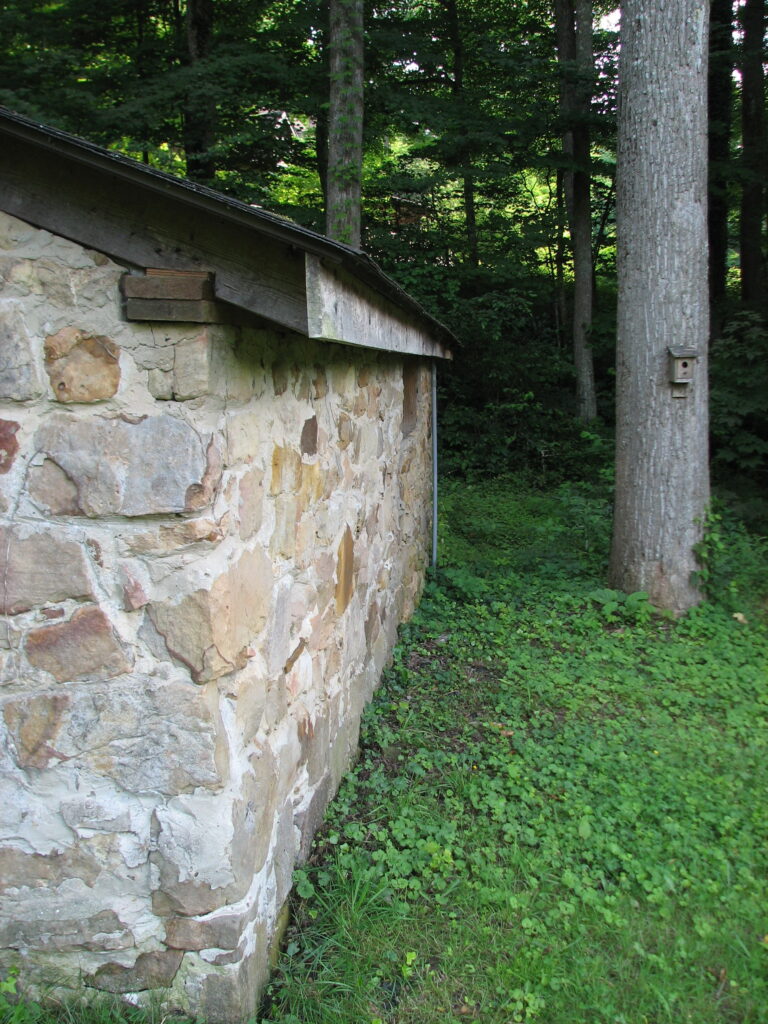