James Greene III is a member of the Board of Trustees of Pine Mountain Settlement School and long-time historian of the settlement school. He prepared this celebratory account of the Cecil Sharp and Maud Karpeles visit to Pine Mountain for the dedication of Far House II in 1997. The celebration at the School included a traveling exhibition of photographs of the noted folklorist and his work as a gatherer of English Country Dancing and of Appalachian Mountain balladry as well as a weekend of dance and music.

Pine Mountain again celebrated the visit of this noted folklorist with a weekend of dance, historian’s discussion, a traveling exhibition of photographs about the Cecil Sharp, and a visit by the Berea College Country Dancers who owe so much to Sharp. The weekend of events on October 6-8, 2017, explored the site of the famous visit and Sharp’s first encounter with the Kentucky Running Set, a dance form that he was intent on linking to early English Country Dance influences.

Prepared for PMSS Director Robin Lambert for the 1996 edition of the Pine Mountain Settlement School Notes, the account describes the demise of the earlier Far House I as well and the noted visit of Sharp to the campus where he saw the dancing of the Kentucky Running Set on the terrace of the earlier building. Along with the account of Peter Rogers, the Greene account also provides excerpts from the writing staff at the School and that of Sharp. It adds additional reflection on the history of the Cecil Sharp event at the School and on his life. The editor’ of this website, Helen Wykle and Ann Angel Eberhardt are grateful for Jamie’s insights, his added details and for sharing his work with this online archive.

The full document is focused on the building where the dance was performed and was written for the November 27, 1995, dedication of the new Far House II. In this elegant description of the night when the two visitors “discovered” the Kentucky Running Set, the author highlights the importance to Pine Mountain Settlement School of the visit and the legacy that the visitors left for the history of English Country dance.

…In 1917, Far House was the site of an important moment in the revival of folk dance in the English-speaking world. Cecil J. Sharp, one of the truly great among scholars of folksong and dance, arrived at Pine Mountain the last week of August. Accompanied by his assistant, Maud Karpeles, Sharp was completing the second of three summers devoted to collecting folk songs in the United States. A native of Great Britain, Sharp in mid-life had discovered the treasure of folk song and dance that still existed in England and had become both collector and promoter of the folk tradition. He believed that folk song was the base from which the music of a nation arose. He saw in folk dances a link to the origins of a people.

In Katherine Pettit and Ethel de Long, Sharp found kindred spirits. Miss Pettit had early recognized the importance of ballads as cultural survivals and had collected texts at Hindman and sent them to The Journal of American Folklore for publication. She had introduced Olive Dame Campbell to ballads; Campbell, in turn had whetted Sharp’s interest in collecting in the Southern Appalachians. The ballads and the language had been a determining influence in Ethel de Long’s decision to work in the mountains, and she loved the dancing, seeing in set running a wholesome and natural form of recreation for mountain youth.

The five days that Sharp and Karpeles spent at the school were a time of mutual discovery, cultural exchange, and lively intellectual discussion. Both sides were taken with the other. Sharp called Pine Mountain “the model of a mountain settlement school,” praising them for their sensitivity to the culture and for the value placed upon aesthetics. The women found Sharp’s personality delightful and his ideas a validation of their own work. Sharp reaffirmed their belief in the worth of mountain culture and in the contribution that their students could make to the outside world. 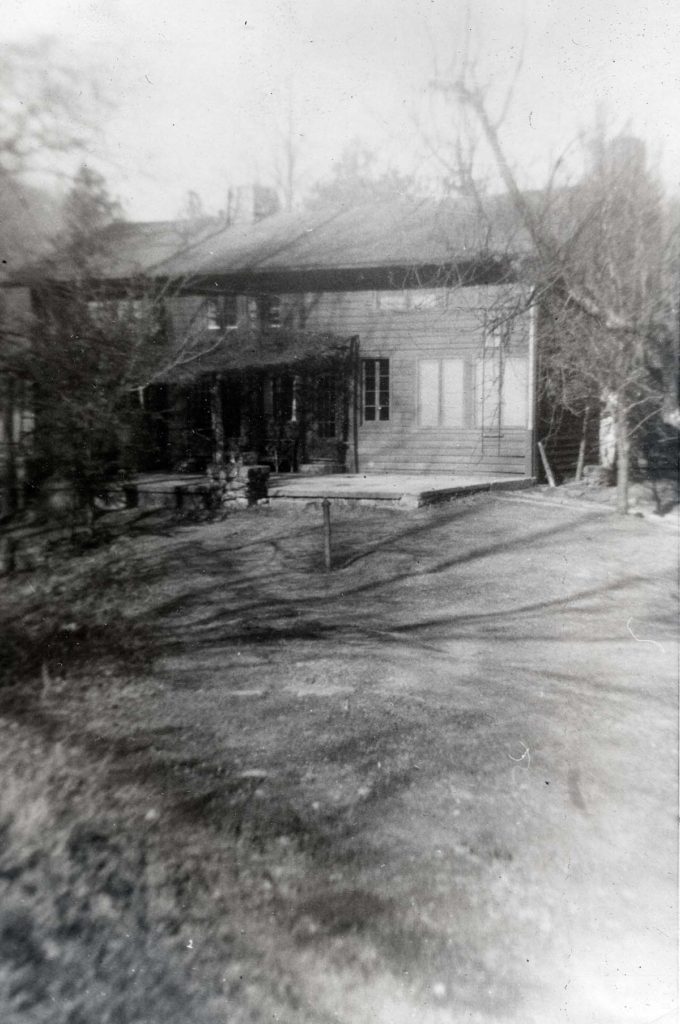 The high point of the visit occurred on the evening of August, at a party held on the upper terrace at Far House, when Sharp saw for the first time the Kentucky Running Set. Although he had heard of the dance in other places, he had the impression “that it was a rough, uncouth dance, remarkable only as an exhibition of agility and physical endurance.” That night, as he watched the dance unfold, he realized that it was something else entirely, a form of country dancing English in origin but forgotten in the Old Country. “It was danced,” he wrote later, “after dark … with only one dim lantern to light up the scene. But the moon streamed fitfully in lighting up the mountain peaks in the background and, casting its mysterious light over the proceedings, seemed to exaggerate the wildness and break-neck speed of the dancers as they whirled through the mazes of the dance. There was no music, only the stampings, and clappings of the onlookers, but when one of the emotional crises of the dance was reached — and this happened several times during the performance — the air seemed literally to pulsate with the rhythm of the ‘patters’ and the tramp of the dancers’ feet, while over and above it all, penetrating through the din, floated the even, falsetto tones of the Caller, calmly and unexcitedly reciting his directions.” [The Country Dance Book, Part V. London: 1918. 14-15]. Being caught unprepared, Sharp did not note [notation] the dance until he saw it again at Hyden, but when he published the dance in 1918, he dedicated the volume to the school. The collection and publication of this dance was a crowning moment in Sharp’s career and remains of such significance that the Kentucky Encyclopedia in 1992 could call Sharp “the major figure in the history of folk dancing in the commonwealth.”

For Pine Mountain, the visit was a turning point. In the words of [Pine Mountain staff member] Evelyn K. Wells, Sharp “made us feel definitely that what had always been our pleasure was also our duty, the keeping alive of these ancient things that were the children’s heritage.” A 1924 issue of the Notes summarized Sharp’s vision:

‘Pine Mountain, Sharp said, should be the friendly soil in which all that belonged to us should be kept alive, and all the allied English songs and dances should be planted — a center for English and American folklore.” Over the years, this vision found expression in such things as the May Day celebration, the Ballad Book, tour groups from the school, dancing classes and parties. It still finds expression whenever a group, be it Elder Hostel, a visiting elementary school class, a reunion of alumni and friends, or young people from the neighborhood takes the floor at Laurel House or gathers by the fireplace to sing. It is a living thread in the fabric of Pine Mountain. It is fitting that the historic terrace has been preserved and will be a part of the new Far House.’ **

**James Greene prepared this account for Paul Hayes, the Pine Mountain  Director, for the dedication of the new Far House II on November 27, 1995. Paul Hayes, who had supervised most of the building’s construction, was ill with cancer and died almost a year later on October 2, 1996. A reprint of the dedication essay appeared in the January edition of the Pine Mountain Winter (January) Notes of 1996. This was followed by a Fall 1996 issue edited by Milly Mahoney, Interim Director, and with a special tribute to  Paul Hayes by James Greene III. 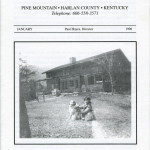 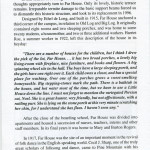 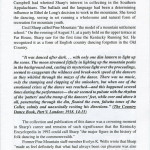 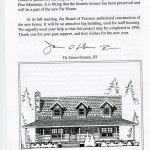