Correspondence. [smith_larry_001.jpg]
Smith’s letter in response to PMSS Director Geoff Marietta, October 10, 2017; enclosing gift toward matching funds for ARC grant; enjoyed PMSS mailings; congratulated Marietta for being named Executive Director; comments on Marietta’s marriage in the Chapel; Smith worked at PMSS for 3 years in the mid-1990s; in response to Marietta’s invitation for alumni to share their stories, Smith offers his story “written at the time of my leaving (PMSS), as a way of coping with the overwhelming emotions at that bittersweet time of life transition.” Smith was told by Millie Mahoney that a copy of his story was added to the Archives. Smith considers his PMSS time as among his “life’s greatest blessings and fondest memories.”

Page 1: “My Pine Mountain Story.” [smith_larry_story_001.jpg]
Smith describes his leaving PMSS on July 23, 1995, and his “rustic mountain home.” He decides to spend his last night writing his story, a thanksgiving prayer, a tribute to “the many dear people who have played a part” and an inspiration to friends and family to visit Pine Mountain, in reality or in their minds.

Smith visited PMSS from Mansfield, Ohio, six years ago (July 1989) with his friend Steve McKee, who had got his start as a naturalist at PMSS under Afton Garrison, Mary Rogers and others. McKee “had arranged a weekend field trip to Pine Mountain for some of the ‘regulars’ at the Gorman Nature Center.” They also planned to collect fossils and study the region’s geology.

Page 2. [smith_larry_story_002.jpg]
Smith describes his travel across Ohio to Kentucky and arrival at the PMSS; the campus buildings; Laurel House interior; meeting Mary Rogers and hearing her story of how the mountains were formed.

Page 3. [smith_larry_story_003.jpg]
Smith tells of his first evening at PMSS when he was taken to Jack’s Gap to see the sunset and view from atop a mountain. He then returned to graduate school at Ohio State University and, impressed with the natural beauty and diversity and warm hospitality of the PMSS area, began studying courses and attending park programs related to natural history or interpretation. He also attended PMSS’s wildflower and autumn color weekends.

A year later, while studying at a field station on Lake Erie, he learned of an available teaching position at PMSS, applied, and was accepted.

Page 4. [smith_larry_story_004.jpg]
Smith describes Country Cottage, the PMSS housing he’s assigned to as a teacher, and how he restored it after three years of non-use. He expresses his appreciation for his natural surroundings, unable to select “which scene was most beautiful or little discoveries the most inspiring.”

Page 5. [smith_larry_story_005.jpg]
Some of Smith’s many Pine Mountain experiences stand out in his memory: climbing the mountain on an icy day, the trees covered in hoarfrost; seeing “alpenglow” in the evening on his return trip down the mountain; hiking during unusually heavy snow in March.

Page 6. [smith_larry_story_006.jpg]
Smith lists other highlights of his PMSS experiences: seeing the Northern Lights; massive icicles on the high cliffs; viewing stars in clear night skies; the flowers and birds of Appalachian springs.

Page 7. [smith_larry_story_007.jpg]
Smith describes the spring sounds of many birds, frogs and the occasional coal trains 9 miles away.

Page 8. [smith_larry_story_008.jpg]
Smith’s summertime memories include the cooling mountaintop air as it settles in the valley and forms dew; a stream of pure and sweet water from the mountainside limestone, source of PMSS’s drinking water; the old forest that protects the stream; fireflies’ rare “synchronous blinking”; the wide variety of insects.

Page 9. [smith_larry_story_009.jpg]
Smith’s memories of fall include a different variety of insects and flowers; the trees beginning to change color; the mountain autumn giving way to a blustery November. However, natural surroundings are not enough and Smith then writes about his “neighbors and new friends, some of the finest people I know I will ever meet.” He tells about Fred and Loreen Lewis and their home.

Page 12. [smith_larry_story_012.jpg]
Smith tells about Burton Rogers‘ career and the love and respect he received from all who knew him; of listening to Burton’s stories from years past. He goes on to describe Pine Mountain’s Chapel and its pipe organ which Burton had played for over 50 years.

Page 13. [smith_larry_story_013.jpg]
Smith continues his fond memories of the Rogers. His happiest times were visiting with Burton, Mary and interns at their home. He ends with thoughts about leaving PMSS for his new job and his gratitude for the “many precious moments” the School had given him.

Page 14. [smith_larry_story_014.jpg]
Smith observes that one can never adequately repay the special PMSS people who inspired him, but only “pay forward, carrying on the tradition….” 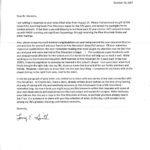 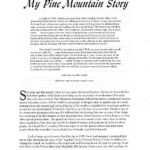 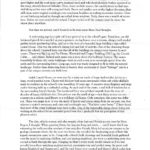 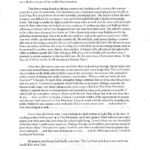 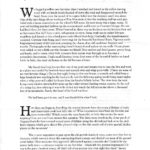 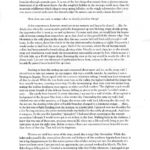 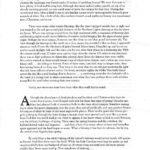 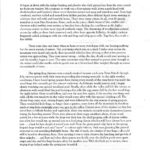 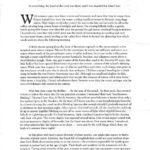 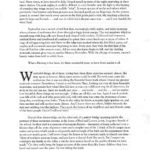 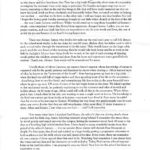 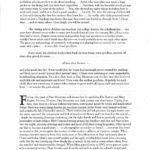 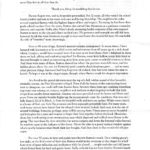 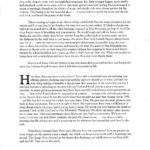 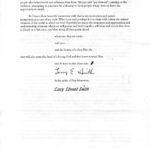