“MY COUNTRY ‘TIS OF THEE, SWEET LAND OF LIBERTY, OF THEE I SING.” – We should appreciate our freedom.

“WOULD SUPERSTITION HELP?” – A Defense Stamp Book can ward off bad luck.

“O.W.I. CENSORSHIP” – Strictness of the Office of War Information about weather reports.

“BOOK REVIEW” – Our Hearts Were Young and Gay by Cornelia Otis Skinner and Emily Kimbrough.

“THE DEAD PIGEON” – A story about the milk boys and a flock of pigeons at the barn.

“IN WINTER” – a poem by Marie Richmond.

“STOP ME IF YOU’VE HEARD THIS ONE” – Riddles. 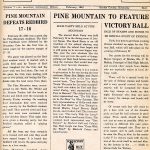 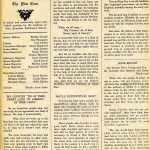 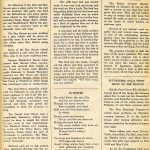 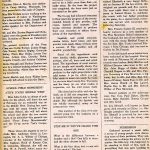