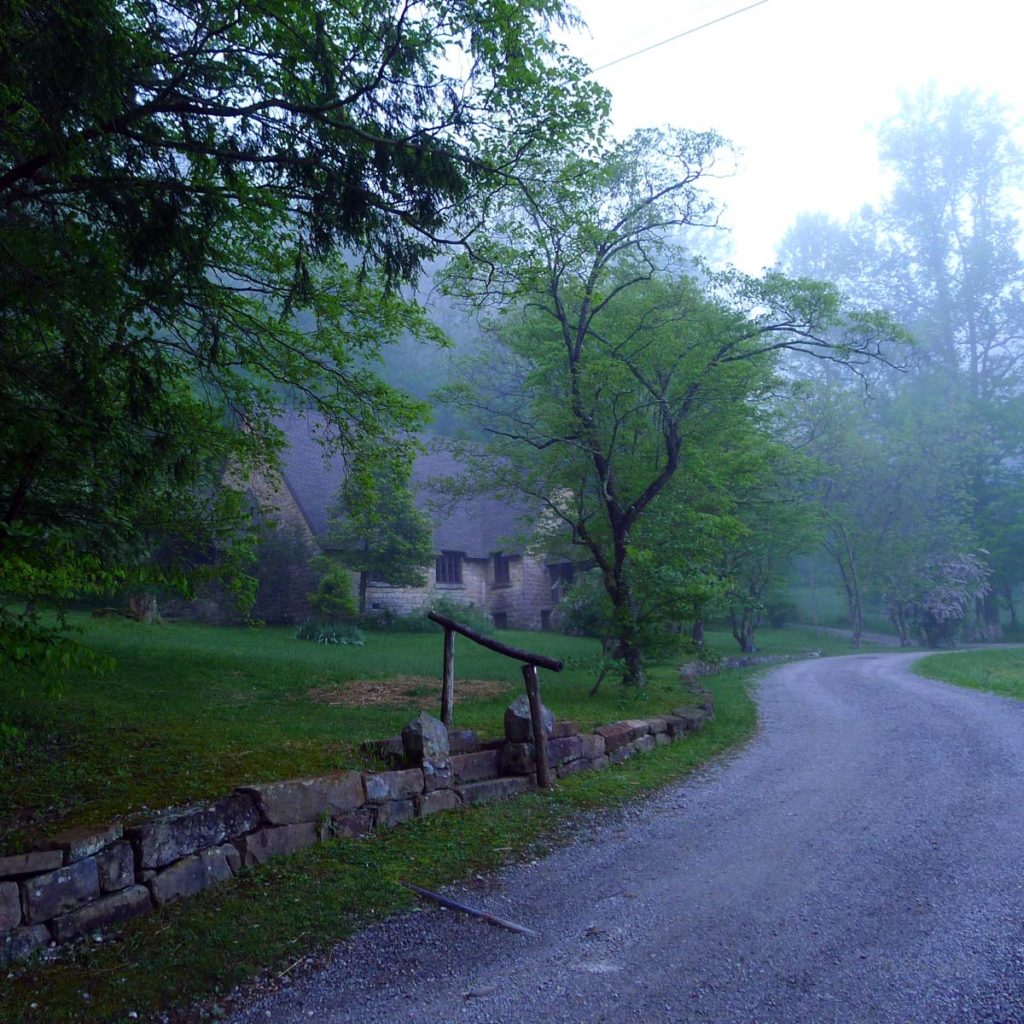 The Reverend Alfred Lee Wilson (d. 1949) served on the Board of Trustees at Pine Mountain Settlement School during its earliest years. (The Board of Trustees was known as the Advisory Board at that time.) His tenure lasted from November 1915 until September 1920. In 1924 he offered the dedication address for the Pine Mountain Charlotte F. Hedges Chapel. His address focused on “What Religion Adds to Life.”

Rev. Wilson came to the Board from his ministry at the Kenwood Church Interdenominational at Greenwood and 46th Street in Hyde Park, Cincinnati, Ohio. The denomination began as the Kenwood United Church of Christ, an Evangelical church, and dates from November 17, 1875. Over the years the church evolved while retaining its Evangelical roots. It became a community place where persons from various religious backgrounds could come together in unity on the basis of their shared Christian faith common to many Evangelical denominations.

The growth of the Cincinnati church was rapid and in 1886 a full-time minister, the Rev. John P. Hale, was hired. Hale remained until 1898 and was followed by three other ministers and then by the fourth, Rev. Alfred Lee Wilson. [Two other ministers were: the Rev. R. Crosser and Rev. Albert Joseph McCarney.]

Like the congregation and the ministers, the first meeting house in Cincinnati, established in 1885, grew quickly. The church added a large wing, known as the “Kenwood Chapel,” to the first meeting house. There was a later addition as well, in order to provide space for the very active Sunday School and the weekly prayer meetings. As the work of this active church gained the recognition it also spread its reach to “social uplift.” The term was used to describe the work of churches beyond the local boundaries of the congregation.

A continuing feature of the church, and particularly under the ministry of Wilson, was a very large Ladies Society which the church-sponsored. It is from within this Ladies Society that Pine Mountain found many friends of the School and who supported its work.

It is likely that this Ladies Society brought Pine Mountain to the attention of Rev. Wilson. In the years following the turn of the century, there was an uptick of activity in women’s groups, particularly those in the Presbyterian church. The Women’s Board of Home Missions of the Presbyterian Church was concerned that many Americans in isolated areas were not receiving proper social service assistance and education. Many women picked up the social work and education call in other churches and supported efforts to bring public services and aid to mission schools in the mountains of Appalachia. While Pine Mountain was non-sectarian, it followed the Community Life Movement that advocated for many of the same up-lifting activities.

Following Wilson’s departure from the Board of Trustees, he remained in touch with Pine Mountain and its Directors. For example, he returned to campus in November 1924 to give a sermon during the dedication of the new Chapel, according to Notes from the Pine Mountain Settlement School, November 1924. Harriet Crutchfield (PMSS teacher 1928-1930) mentions in a November 1929 letter that Wilson “has been on the lookout for a minister for P.M. for years and that he used to pay a Methodist minister from Harlan to come over once a year.”

Also, Glyn Morris noted in his Director’s Report of 1934 that he visited that year with the former Board member in Cincinnati. The two likely had much in common in their inclusive religious beliefs.

Apparently, Wilson did not remain an Evangelical, or the report is in error, as by November 12, 1967, the Cincinnati Enquirer described Wilson as a Presbyterian clergyman. [See https://www.newspapers.com/newspage/100697386/]