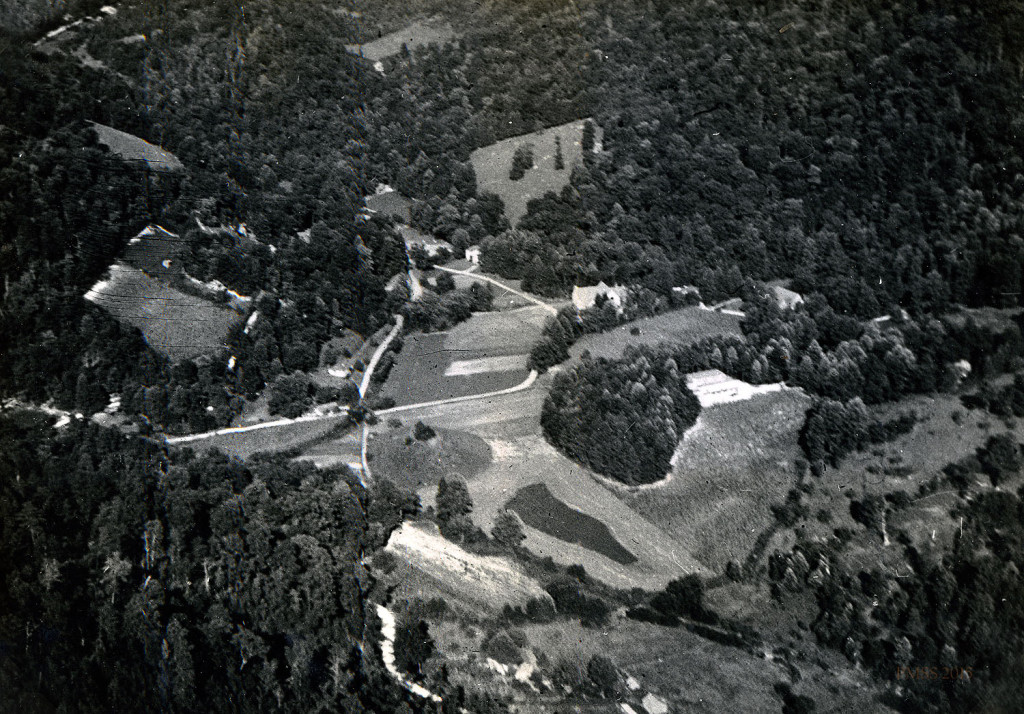 In June 1913 Pine Mountain was a plan in the heads of Miss Katherine Pettit and Miss Ethel de Long and Miss Mary Rockwell [Hook], and physically a tract of useless bottom land and wooded hillside. At the end of fifteen years there was a plant  consisting of thirty buildings, including living quarters for 130 people, a stone church, a schoolhouse power plant, reservoir and water works, coal bank, barn and farm buildings, buildings for industrial training, playground, good roads and paths everywhere and a productive farm. All this had come to pass with the aim principally of local labor, at first totally unskilled, but finally competent.

The patience and the wit required to prepare the raw  materials at hand bring in from the railroad over eighteen miles of rough trail the cement, hardware and other things we could not supply cope with weather conditions and the mountain temperament, which did not always see eye to eye with us, cannot be too highly valued. It was sudden growth even for normal times, and when we remember that most of it went on when America was at war [WWI], and in the period of business depression [Great Depression] and economic paralysis following the war it becomes phenomenal. 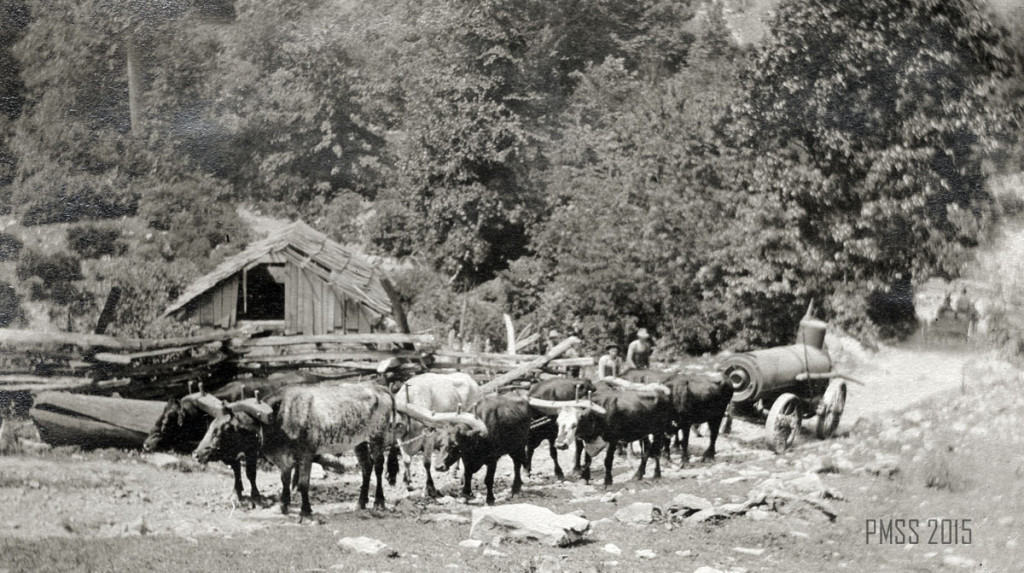 The general plan of development for the school buildings and grounds, made in the early days by Miss Rockwell [Mary Rockwell Hook], has been followed with a good deal of faithfulness. Miss Rockwell made plans for many of our buildings, Mr. [Luigi Zande]  and Mrs. [Ethel de Long] Zande designing the others. Miss Rockwell was of course a trained architect, and Mr. Zande knew stone work, but had to learn everything else about building, as did Mrs. Zande. The farm developed under Miss Pettit’s [Katherine Pettit] direction. 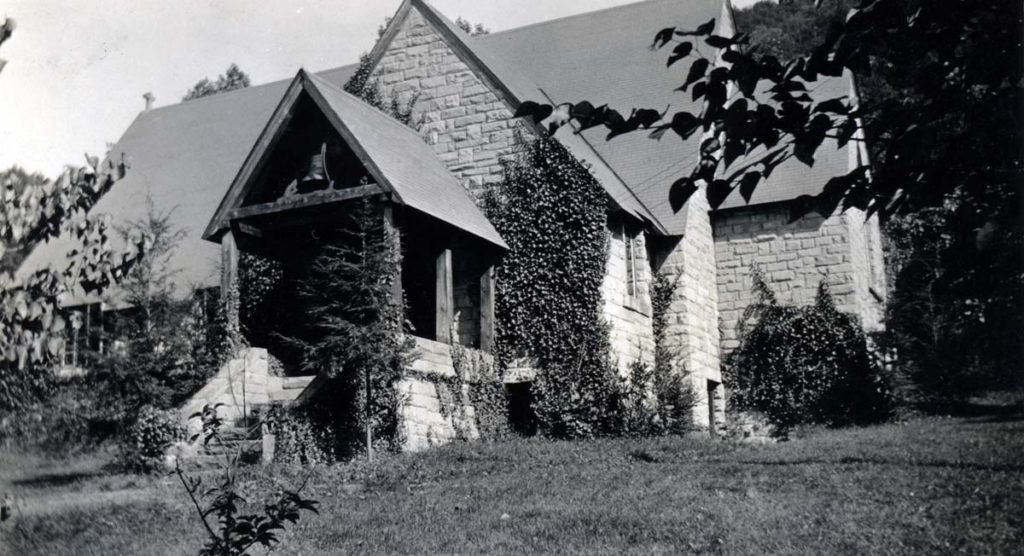 The Chapel, built of stone hewn from two enormous boulders not far up on Pine Mountain, was built by Mr. Bill Creech, Uncle William’s [William Creech, Sr.] son, Mr. Chris Anderson, and a young man from Big Laurel, Turner Turner, under the direction of Mr. Zande. Mr. Creech knew more about stone work than the other two, and at the end of the work, Mr Anderson and Turner Turner found themselves trained for a well-paid trade. During the building, a visitor from Harlan came to look us over, and said, “Well, of course you’ll never be able to finish this without getting in some ‘Tallies’ (Italians) from across the mountain.” the men at work said they needed no foreigners, and the result proved they were right.[However, Luigi Zande, a “foreigner” had trained them all.]

Much of the building one now sees up and down the creeks is the result of lessons learned through helping build Pine Mountain. Oscar Begley, a young man who began working for us when he was fourteen has become an expert carpenter because of his training here, and under the supervision of Mrs. Zande really built the Medical Settlement [Medical Settlement at Big Laurel]. 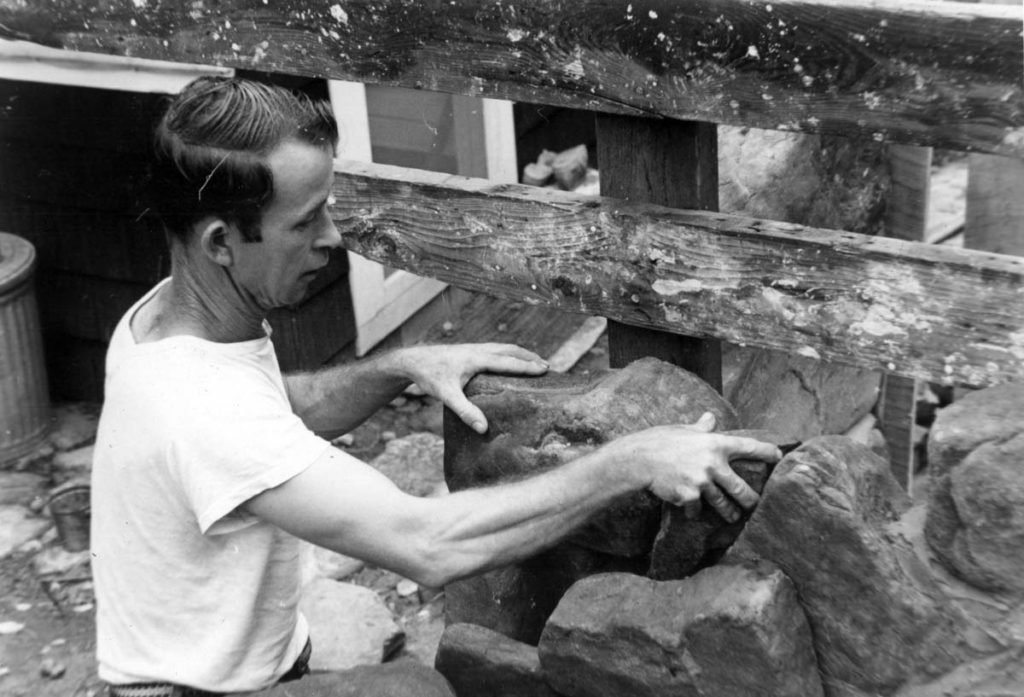 Much of our early stone-cutting was done by Mr. Andy Drosky, an Austrian who came from a small job, and stayed in the neighborhood for years, a most friendly and loyal worker for Pine Mountain. The dressed stone of the Laurel House fireplace and the beautiful letters in the cornerstone of the Schoolhouse are his work, as well as much else about the School. 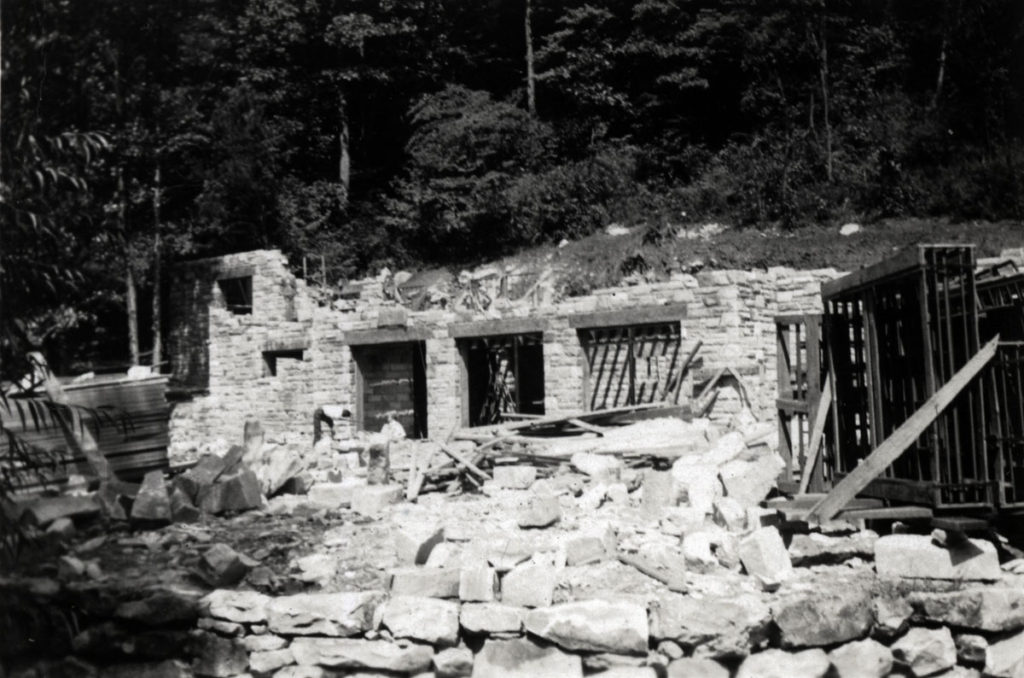