The first gift of money to Pine Mountain was from the Missionary Society in the Hindman School which, after a serious discussion of the claims of the child widows of India, the Lepers and one or two other interests, decided in favor of the new school for Mountain children which Miss [Katherine] Pettit and Miss [Ethel] de Long were about to start. The speech that swayed the vote to Pine Mountain was made by Stephen Gilbert, a Hindman boy who has since become a minister and made two or three visits here preaching in our church. The amount voted was the entire balance in their treasury, forty-five cents!

Uncle William Creech‘s gift of land is mentioned in the introduction, but there have been other gifts, notably from Columbus Creech and Henry Creech, who gave us the land back of the School running to the top of Pine Mountain.

Col.  J.C. Durrett of Midway, Kentucky, gave us a pair of mules with their harness in 1913 and many substantial contributions of money. We bought the Wilder Property at the head of Isaac’s Run with his money, also the Little Laurel Farm.

Money for buildings has been given as follows:

We remember as typical of the generous gifts that have equipped the school and maintained it, the seed which came for years from  J.C  McCullough of Cincinnati, the farm implements always forthcoming at our request from the B.F. Avery Plow Co., through Mr. C.F. Huhlein of Louisville, the window glass that came for years during our construction period from Capt. Charles W. Brown of the Pittsburgh Plate & Glass Co., the bathtubs and other plumbing fixtures from the Ahrens and Ott Company, the furnishings of a thousand varieties from toasting forks to the Ford truck, that came every time Mr. Martin [Darwin D. Martin] turned us loose in the Larkin Catalog. 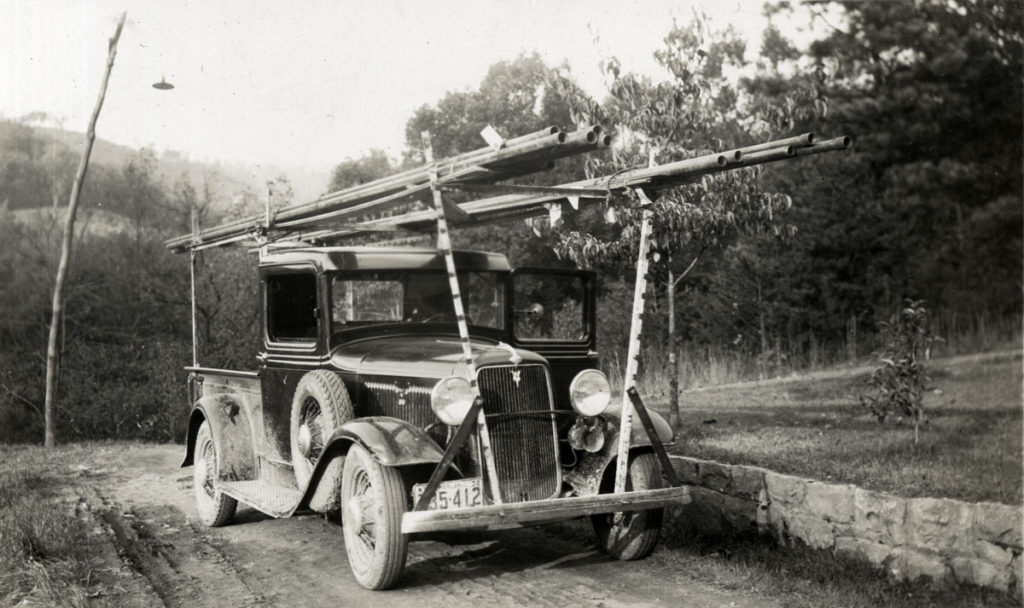 One of the first gifts to the school and one of elemental importance was Miss Helen Kimball’s money which bought the Sawmill. All the lumber for the Big Log House was given and sawed by the Creech brothers. Most of the money for the building of the Swimming Pool was raised by the Pine Mountain children who ate dinners of rice and cocoa every Friday for a year, saving the money of their regular dinner.

Most of the firms, who early in our history gave us actual equipment, changed their policy after the War [WWI], preferring then to give us a money gift. 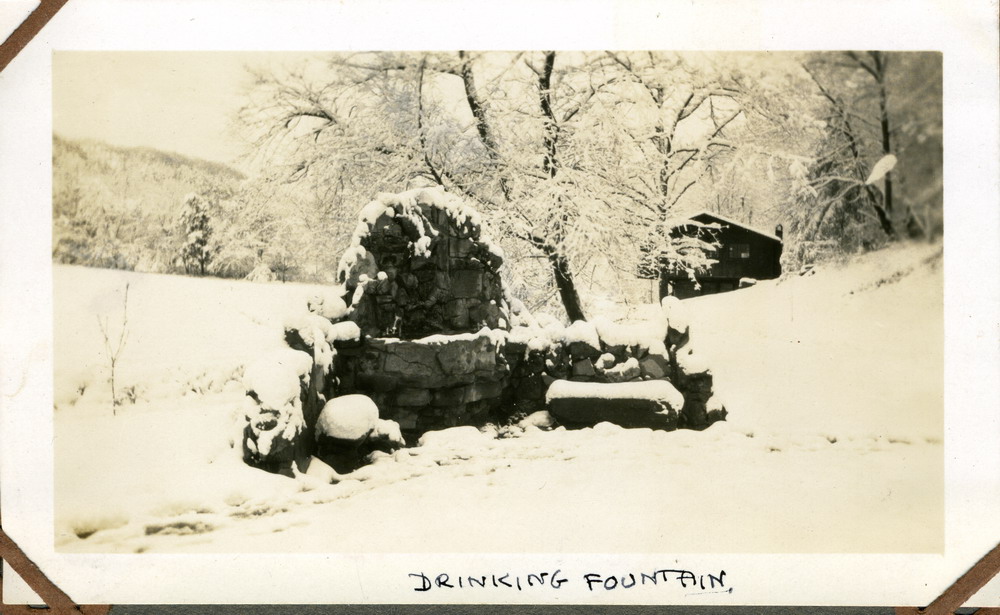 The Memorial Tablet to Uncle William, set in the fountain [William Creech Memorial Fountain] on the Playground, was the gift of Philip Roettinger of Cincinnati. Another interesting gift prompted by admiration for Uncle William was that of $100 every Christmas for four years, from Mrs. George H. Bruen, to be used for a book for every child in the school, “in memory of their friend, William Creech.”

The Log Cabin [Aunt Sal’s Cabin] which was the pioneer home of Uncle William and Aunt Sal was given us by the Creech heirs, and will be furnished by their gift of the “household gear” belonging in the first days of their marriage to that couple. 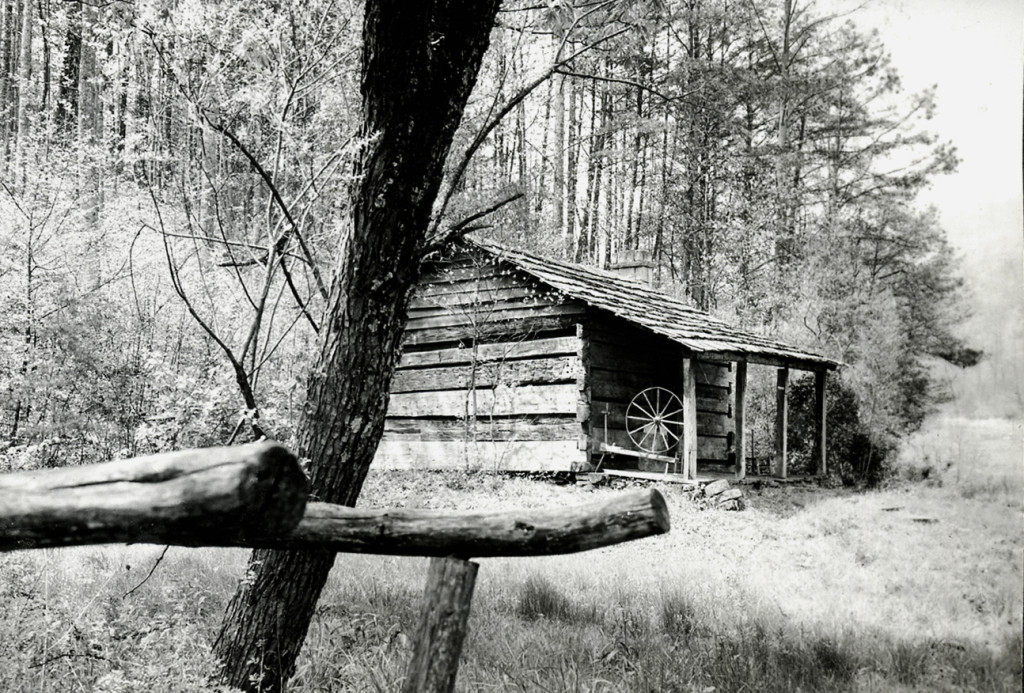 We have spoken elsewhere of the generosity of the Louisville and Nashville Railroad in giving passes for all medical and surgical cases.

In 1926 a bequest from the estate of Mrs. Crane of Montclair made possible an expensive piece of land reclamation, putting almost another acre into garden land to the west of the road from the Pioneer Cabin [Aunt Sal’s Cabin] to the Toolhouse [Toolhouse I], which had formerly been a wide ditch. 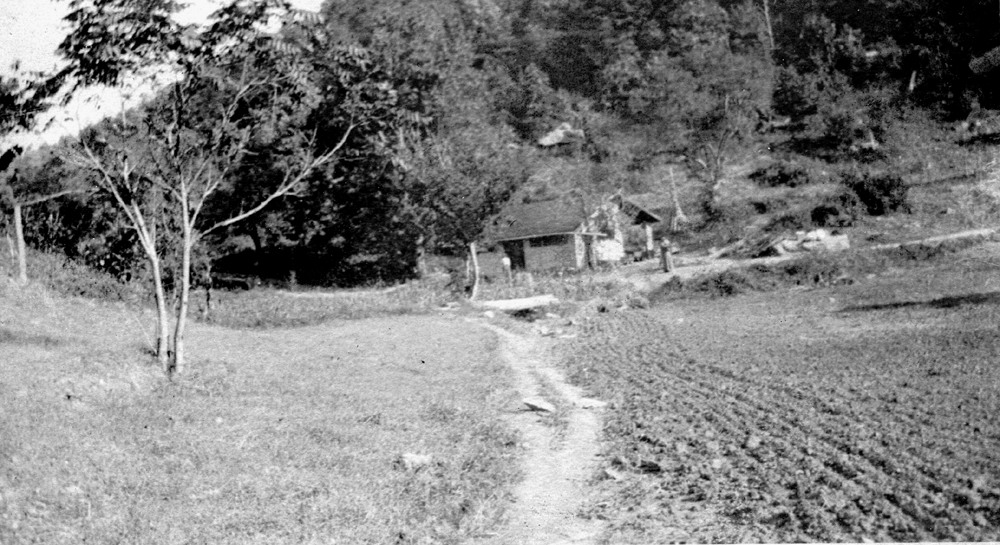 Miss Elizabeth Hench formed the Joy Stock Company from a group of her friends in 1921, and her sprightly letters to her growing membership have resulted in the support of the Cow Joy and her daughters at the School ever since. 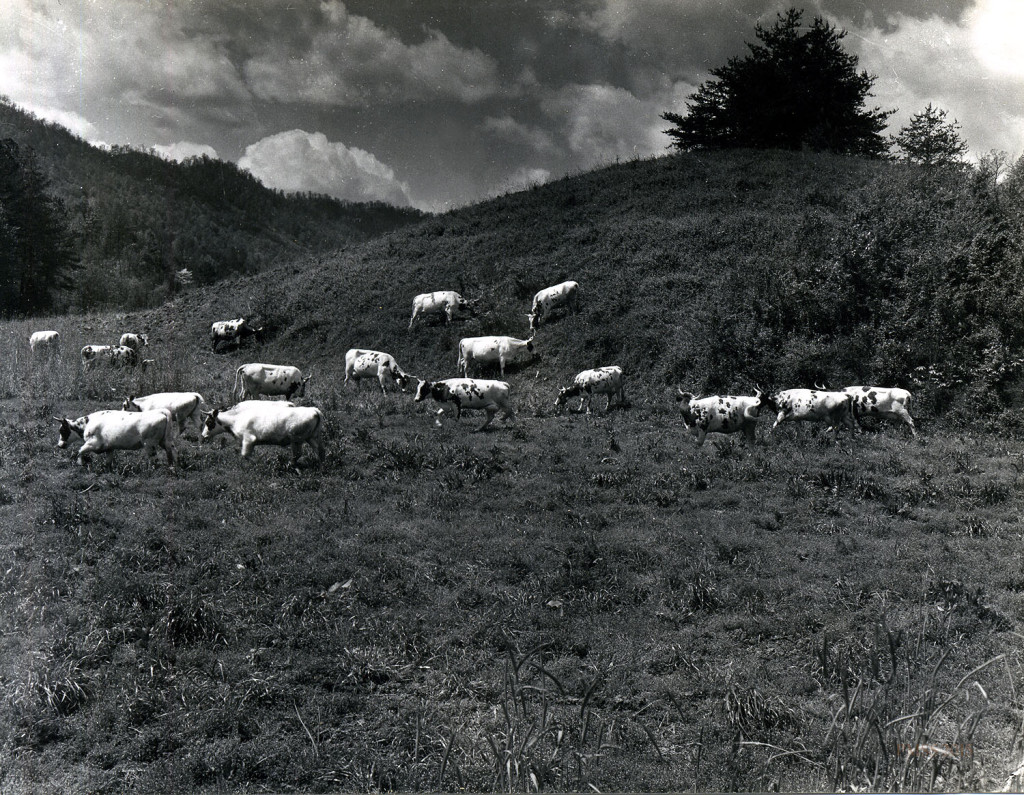 Mary Rockwell Hook has always put her talents and training at our disposal drawing plans for our buildings and making the trip from Kansas City to Pine Mountain for consultation.