PHILIP ROETTINGER Board
Member, Board of Trustees, early 1900s 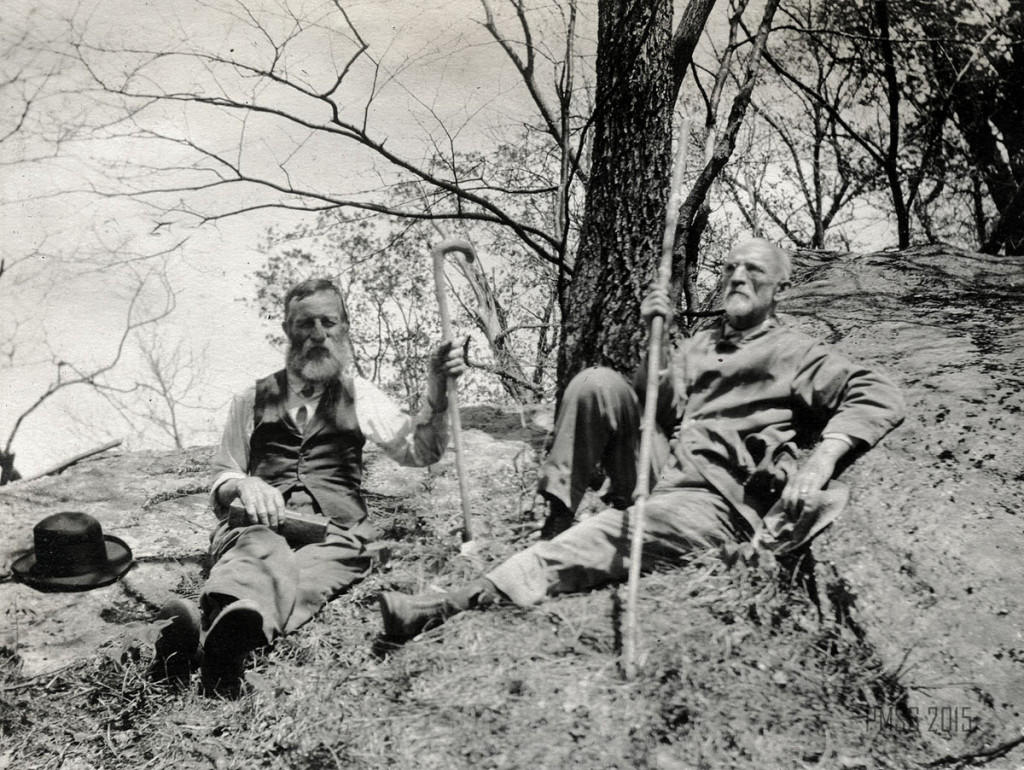 Philip Roettinger, an attorney from Cincinnati, Ohio, and a member of the board of trustees of the Pine Mountain Settlement School, Harlan County, Kentucky, was present on the School campus at least some of the time between the years 1914 and 1922 when Marguerite Butler was a PMSS teacher and superintendent of extension work. Her biography and many others at the School mention the friendship they had with Mr. Roettinger and with his daughter, Elisabeth Roettinger, who was briefly at the School as a worker during the 1914 and 1915 summers. One of the deepest friendships that Roettinger made at the School was with one of its founders, William Creech, and his wife “Aunt Sal” Creech. They maintained correspondence through the end of their lives.

Philip Roettinger was born July 9, 1853, in New Richmond, Ohio (Clermont County), to parents who had immigrated from Germany. He and his wife Ella A. (McChesney) had two children, Elisabeth and Stanley Clay Roettinger. Elisabeth married Justin M. Townsend in 1917 at the age of 32. The School’s archives list Elisabeth as a “summer worker” in 1914 and 1915.

Mr. Roettinger was admitted to the bar in Ohio in 1878. He graduated from Ohio Wesleyan University with an A.B and an M.A in 1875. His legal education was with the Cincinnati Law School where he received an L.L.B in 1878. He maintained a membership in the Phi Beta Kappa fraternity.

Philip Roettinger managed a law practice with his brother, Stanley Clay Roettinger, who later became a well-known and respected judge in Cincinnati. Stanley named his son Philip Clay Roettinger, and the nephew, like the father and uncle, became an important figure in the CIA involvement in Guatemala in the 1950s. The Roettinger and Roettinger law firm provided counsel for such firms as Reading Bank of Cincinnati, Alfred Vogelei Drug Company, American Carriage Company, and others and maintained offices in the Gwynne Building in Cincinnati.

Mr. Roettinger must have had a particularly fond interest in Pine Mountain Settlement School. Besides serving as a member of the School’s Board of Trustees, he visited the campus often and assisted the School in a variety of ways. A 1917 letter written by Marguerite Butler mentions that he arrived on campus to attend Fair Day. A 1919 letter describes the arrival of Mr. Roettinger and his daughter, Elisabeth, for the School’s commencement program at which he gave a talk. A 1920 Butler letter tells of his sending Mr. Jackson, a private detective and “the best he could find,” to the School to work on a criminal investigation. Also, a 1920 letter mentioned his helping a community member with deeds.

Evelyn K. Wells, the School’s secretary (1916-1931) and acting director in 1931, wrote the following about his fundraising for the School’s dairy in her notes for an unpublished history of the School:

Mr. Philip Roettinger of Cincinnati was one of the pioneers in helping us get the dairy on its feet. In 1914 he took charge of raising $500 for the barn, by sending out postcards asking for a dollar apiece. The barn was built* in the summer of 1915.

In William Creech‘s biography, Philip Roettinger is cited as having placed “The Memorial Tablet to Uncle William” at the playground fountain, the William Creech Memorial Fountain, when Creech, founder and original donor of land for the School, died in 1918. 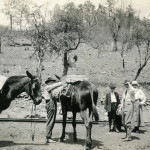 Philip Roettinger preparing to come to PMSS at the train station at Dillon [Laden]. Man packing mule for trip across Pine Mountain. [X_099_workers_2527y_mod.jpg] 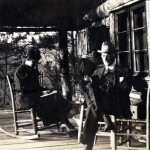 Mr. Roettinger died on September 29, 1935, in Wyoming, Ohio, at age 83. He was buried in Spring Grove Cemetery in Cincinnati.