[NOTE: Letters from PMSS staff in the PMSS Collections are carbon copies, unsigned, and meant for the Office files. The original signed copies were sent to the correspondents. All letters and reports are typewritten unless indicated otherwise. The correspondence is in chronological order and not necessarily in the order of the image numbers. The spelling of the family’s last name varies in letters and documents between “McIntire” and “McIntyre.”]

004 April 3, 1933. To Mr. (Glyn) Morrisi from Emily Hall, Hazard, Ky., enclosing an application blank and asking if the School will take her nieces in the fall if the “Board of Trustees don’t …limit your student body to only high school students. … I would love to have them in Pine Mt. School.”

005-005a July 28, 1933. Two-sided letter to Morris from Emily Hill, Jeff, Ky., offering to return to PMSS to replace Miss Wallace or help Miss (Edith) Cold at Laurel House as housemother. Asks if her nieces, Audrey and Peggy McIntire, can both be taken by PMSS.

006 August 1, 1933. To Emily Hill from (unsigned, possibly Mr. Lehman), answering Emily’s letter in Morris’s absence. “I am sure that (Mr. Morris) intended that Peggie should come as well as Audrey.”

007 August 7, 1933. To Emily Hill from Morris, declining her offer to work at PMSS as the housemother position is filled. Assures her that both nieces are accepted by PMSS.

008 November 30, 1934. To Emily Hill from Morris (by AC), asking her to sign the enclosed blank in case of emergency operation for Audrey’s tonsillitis and appendicitis.

009 May 29, 1935. To Mrs. Columbus Creech (Emily Hill Creech), Pine Mountain, Ky., from Arthur Dodd, Principal, sending Audrey’s school report for the past year. Due to her poor grades, she may have to repeat her present class unless she improves.

010 December 28, 1935. To Emily Hill Creech from Morris, reporting on Audrey’s school work, since sending out report cards from PMSS has been discontinued. “Mr. Dodd reports that there has been considerable improvement in Audrey’s work this year. … I hope that she will continue to live at the school and that she will continue to improve. She is well liked by her classmates and by the workers, which bespeaks much for her.” Thanks Emily for the sausage and her kind words when they met last night.

011 May 11, 1936. Memo of understanding to Audrey McIntyre (and signed by her) on PMSS letterhead, stating the she will live at Mrs. Creech’s home and will work on her PMSS debt in the summer.

012 July 3, 1936. To Mrs. Columbus Creech from Morris, reporting that “Audrey made considerable progress in her academic work during the past year at Pine Mountain. … Peggy was somewhat handicapped by coming in the second semester, but her record even so was fair.” Both girls’ industrial work was good. “As you know, at Pine Mountain we are much more interested in this phase of school life than in the academic work.”

015 February 23, 1938. To Audrey in Tuckahoe, NY, from Arthur Dodd, Principal, who is asking former students who are employed about whether or not they like their work and what PMSS could have added to their curriculum that would have helped them. Mentions producing the play H.M.S. Pinafore with ”nearly fifty in the chorus alone.”

016-016b May 26, 1940. Three-page handwritten letter to Morris from Audrey McIntyre in Bronxville, NY, requesting information about her birth date, years at PMSS, and parents’ name and address. She needs a written letter from her school for a test she will be taking.

[NOTE: The images of the following school records [021- 032a] are considered private material and are not generally publicly displayed. Their access may be provided on request, pending approval of Pine Mountain Settlement School and the archivist of the PMSS Collections. Contact the main PMSS Office for information.] 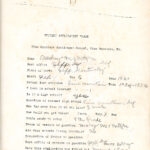 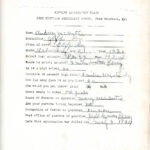 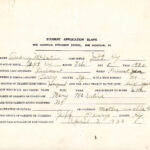 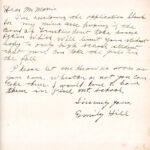 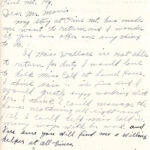 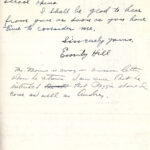 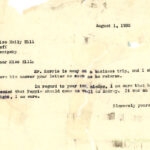 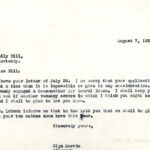 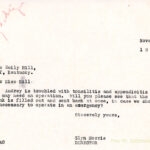 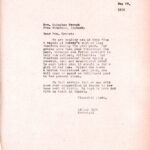 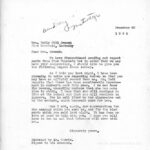 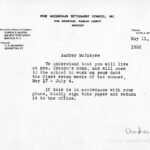 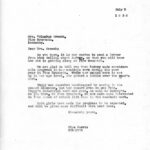 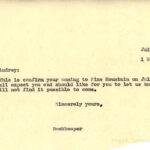 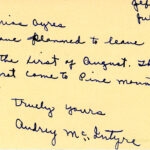 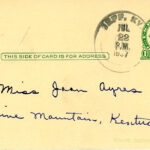 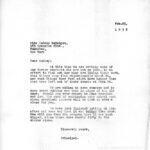 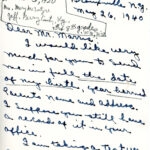 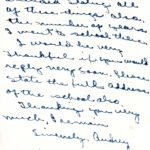 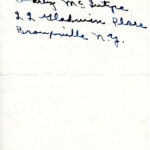 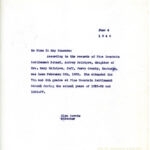 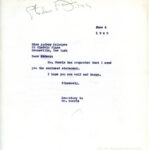 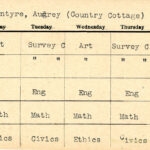 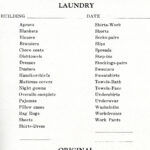