How fortunate it was that Peggy McIntire* had an aunt who deeply cared about her and her siblings, Buster and Audrey. This kindly aunt was Emily Hill, the sister of Peggy’s mother, Mary, and a worker and former student at Pine Mountain Mountain Settlement School. (Emily eventually married Columbus Creech, a son of William Creech who donate land in 1913 for the establishment of the School.) Peggy’s mother, in ill health, was raising the children alone and must have welcomed her sister’s willingness to help.

At Emily’s urging, the School accepted all three children. In a letter dated August 1933, she asked then-director Glyn Morris, that, since her two nieces will soon be arriving at the school, her July work earnings be applied to the entrance fees. Also, she offered to pay the remainder of their School bills.

[*NOTE: The family’s last name, “McIntire,” was also spelled “McIntyre” on some documents and photographs.]

Peggy McIntire began at Pine Mountain in the fifth grade. Her Student Application Blank indicates that the last school she attended was run by the Kenmont Coal Company in Perry County, Kentucky.

During the years that followed, Peggy attended Pine Mountain Settlement School intermittently until 1938. According to evaluations of her school work by her teachers, Peggy’s frequent absences, short attention span, and inconsistency in applying herself contributed to the difficulty she had in handling her studies. On the other hand, the teachers described her as pleasant, conscientious, and willing to work hard to improve herself.

A February 1934 letter to Morris from Emily, was written from a hospital in Harlan, Kentucky, reporting that “Peggie” (as Emily spelled her name) was “very sick” in the hospital for three days. However, although Emily began to worry that she wouldn’t survive, Peggy soon recovered. In the letter, Emily thanked Morris and the doctor for caring for Peggy.

Peggy submitted another Student Application Blank to PMSS in October 1935, the contents of which were filled in by her sister Audrey. This time she was ready for seventh grade.

It isn’t clear whether Peggy returned to Pine Mountain for the 1938-1939 school year. A letter dated October 1938 to her aunt, Mrs. Emily Hill Creech, from the School’s student counselor, Esther Weller, asked if Peggy would be able to return after her months-long absence due to illness. A week later the School’s business manager wrote to Mrs. Creech about the McIntire siblings’ school bills. As their then-guardian, Mrs. Creech had no obligation to pay their school bills, but the manager asked if she could supply the School’s kitchen or barn with her excess produce. A March 1939 letter from the manager suggested that Buster may begin working on both of his sisters’ debts. Peggy McIntire‘s correspondence in the Archives collection ends at this point and it is not known whether any of those steps were taken.

At the time of the 1930 U.S. Census, the parents and their three children, Audrey, age 10, Peggy, 9, and Buster, 5, were living in Franklin, Kentucky. By the 1940 Census, Peggy and Buster were living with Emily and Columbus Creech in Pine Mountain, Kentucky. Audrey was employed in a private home in Bronxville, New York, as a domestic worker.

Peggy married Johnny Estavanik. She died on July 2, 1971, at the age of 50 and was buried in Bill Hill Cemetery, Jeff, Kentucky, where her sister Audrey was buried 10 years earlier.

[For links to more photographs of the McIntire, Hill, and Creech Family and other relatives, go to JAMES COLUMBUS CREECH Family Collections Guide.] 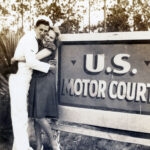 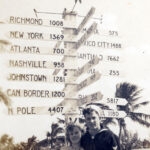 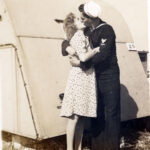 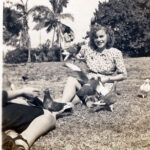