Events: Summer 1953 drought emergency. A new pump was obtained to raise water from the lower catch basin to the reservoir. Severe fire hazard in area.

Continuing drought emergency. A new pump was obtained to raise water from the lower catch basin to the reservoir. Severe fire hazard in area.

Three teachers were part of the Rural School Improvement Project, which was administered by Berea College through a grant from the Ford Foundation. Charles Kincer, Director of the project in this area, and his family resided on PMSS campus. The program involved supervision, some aid in school supplies, and provision for summer study for the participants.

Fair Day, sponsored by a community committee, held October 31, included a celebration of the 40th anniversary of the founding of PMSS (1913), and the dedication of the hospital in West Wind as the Creech Memorial Hospital. Members of the Creech family, the Board of Trustees, former staff members and representatives of other mountain institutions joined community residents for this event.

Farm: It was decided to sell the dairy herd and acquire the number of beef cattle the farm can feed. Sufficient trees should be cut each year to preserve and maintain the forest. The poultry project was continued.

The Print Shop was continued for PMSS use.

A chlorinator was installed to process water from the reservoir.

A PMSS property survey was made, with maps brought up to date.

Student teachers from Berea College benefitted the school during 2-week assignments at PMSS.

The Trustees’ meeting, April 24, 1954, noted the death of J. S. Crutchfield, and recognized his contribution as a long-time friend and Trustee of PMSS. 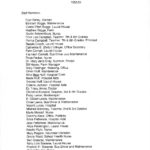 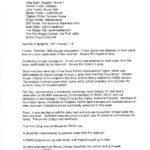 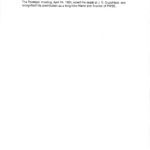