A second summer “Little School” for youngsters eligible for first grade in 1963 and 1964 (4- and 5-year-olds) was held for six weeks, with upper-graders serving as volunteer aides. A music teacher, Elena Harap, was added to the staff; her sister,…

…Eileen Harap, served as a volunteer, chiefly in art.

A winter kindergarten program was instituted for students eligible for first grade next year. Miss Mahoney taught this unit in the “laundry dry-room” in Laurel House.

An Ohio church youth camp was at PMSS for its seventh summer.

A youth employment opportunity on a special grounds crew was continued.

Paul Lynn joined the staff as a general volunteer, doing his alternative service assignment in lieu of military service. He worked in music at Pine Mountain and Green Hills schools, photography, pottery, woodwork and general volunteer.

Nine previously unemployed men were given work-training at PMSS under the federal program for unemployed fathers.

Mary Rogers, volunteer librarian, reported that about 600 books had been added during the year. Parents and students who had left Pine Mountain School (after 10th grade) used the library. The tenth graders were in charge of the high school library. There were a total of 74 volunteer student librarians. 10,000 volumes were circulated during the year. Story-telling continued for grades 1 – 6.

Vernon Conley supervised the greenhouse, promoting tomatoes for home use and sale.

Harlan County was eligible to have 10 Head Start units in summer, 1965. 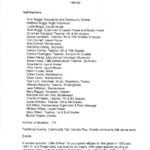 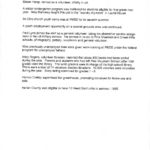