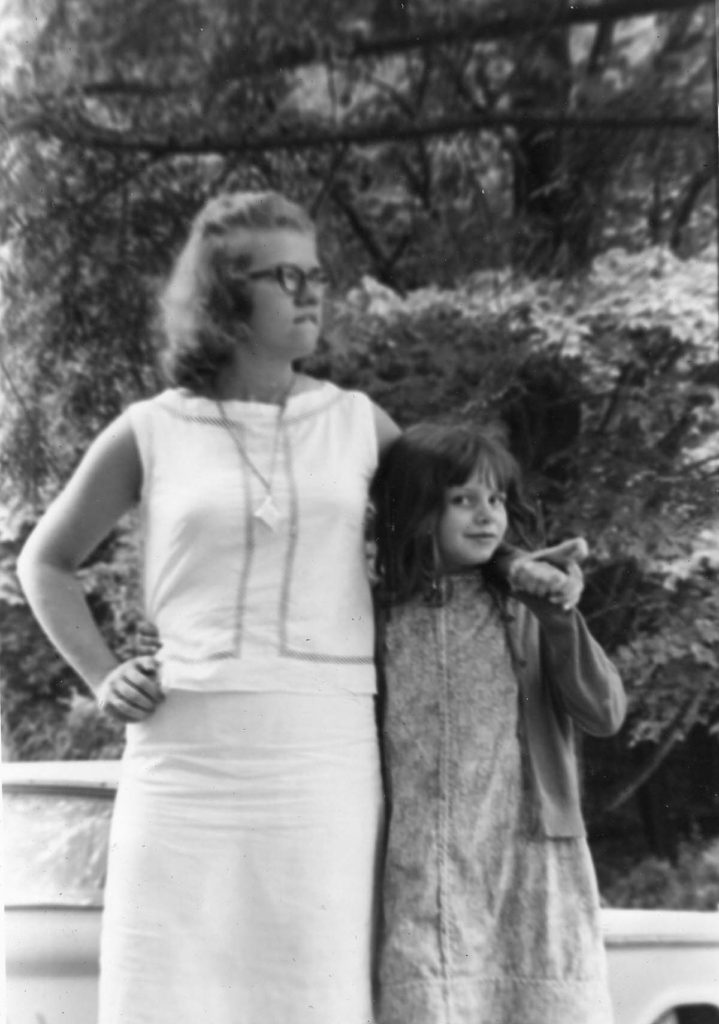 Connie Fearington Brosi was born on June 23, 1943, to William and Sylvia Fearington. She and her three sisters grew up in rural southeastern Illinois. They spent their childhood helping farm with horses alongside their father and grandfather, who was from Laurel County, Kentucky. Connie played piano at church and was active in 4-H. During her high school years, she received a Betty Crocker Future Homemaker of the Year award.

Connie’s education at Eastern Illinois University was funded by a scholarship offered to top students planning to become teachers. The scholarship program was instituted to offset a teaching shortage at that time.

After graduating in 1965, Connie was hired by the Pine Mountain Settlement School as a teacher. Her influence at the School is described at the Appalachian Mountain Books website:

[S]he introduced her students to regional books which many of them came to love. One of several regional authors she met while there was Rebecca Caudill who was born nearby and visited the school often. Her book, Did You Carry the Flag Today, Charlie, was about one of Connie’s students.

In 1968 she moved to Nashville and taught first grade in a segregated school, Wharton Elementary. While teaching, Connie took night classes and earned a Master’s Degree in Elementary Education from Peabody College in Nashville.

After Connie married George Brosi at Pickett State Park, Tennessee, in 1971, the couple lived on a small farm near Sequatchie, Tennessee (near where she is now buried). In 1979 George and Connie were hired by the Council of the Southern Mountains to work at their Appalachian Book and Record Shop in Berea, Kentucky, a store which specialized in new books and records about the Mountain South. Feeling that many of the most important regional books were out-of-print and not available in a store that only sold new merchandise, Connie and George established their own family book business in 1982, Appalachian Mountain Books.

Connie was George’s partner in several other professional endeavors as well, including his work for social justice organizations and later his work as editor of Appalachian Heritage, a literary quarterly published by Berea College.

Connie was a hard-working homemaker and mother whose days were filled with cooking from scratch and raising her seven children: Brook, Berry, Blossom, Sunshine, Sky, Glade, and Eagle. (Sky eventually married Geoff Marietta. After both earned their doctorate degrees, Sky and Geoff moved their family, which by then included two sons, Perry and Harlan, to Pine Mountain Settlement School in 2015 where Geoff began serving as director of the School and Sky as ________.)

According to Connie’s obituary,

Connie eschewed materialism, questioned conformity, and embraced simple living. She lived her life with little money, and her specialty was making-do. She heated her home with wood, dried her laundry in the sun, and raised much of her own food. Connie’s home featured kids and dogs playing in the yard, [crowing roosters], and a supper table laden with garden food, homemade rolls, and, if you were lucky, her legendary blackberry pie.

As Connie’s children grew, her role shifted from Mama to Mamaw to her thirteen grandchildren. Her obituary concluded with this observation: “All young people were important to Connie and through them her values live on.”

Connie Carol Fearington Brosi passed away at the age of 72 on June 27, 2015, in her home surrounded by family following a long battle with cancer. She was buried at the Forever Wild Cemetery near Whitwell, Tennessee. A memorial service was held on on Sunday, July 19, 2015, at Pine Mountain Settlement School and the Connie Brosi Memorial Fund was established at the School.

— Adapted from an obituary notice for Mrs. Brosi posted July 2015 on Facebook by George Brosi
and from the Appalachian Mountain Books website. 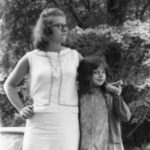