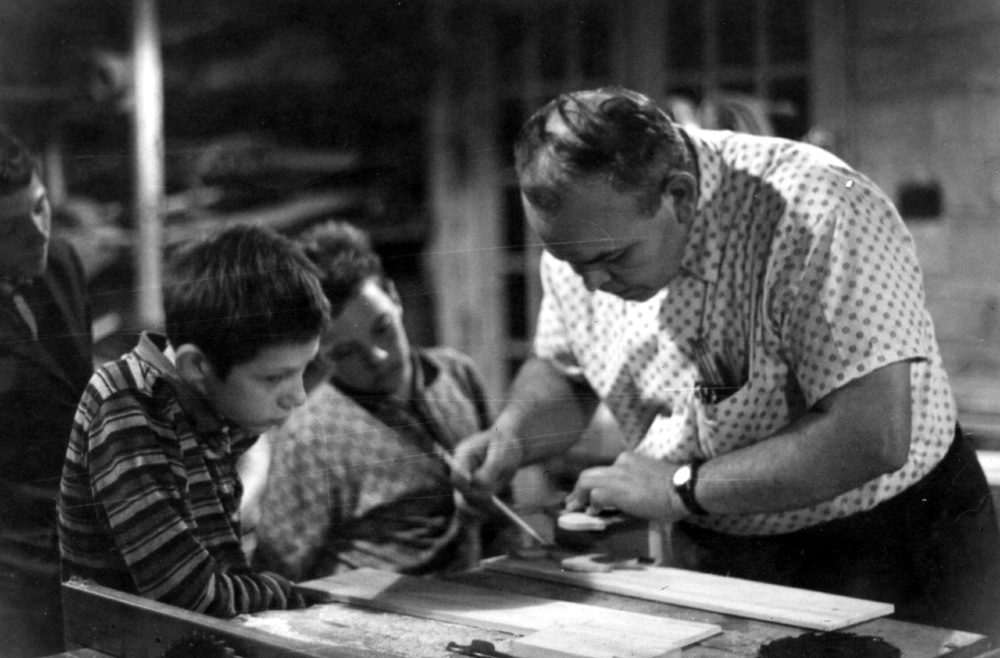 In the fall of 1955, the Pine Mountain Settlement School community was pleased to hear that one of two staff positions for vocational subjects and recreation had been filled. A Notes issue of April 1956 recorded high expectations for their new staff member, stating that “He has a strong desire to serve in this valley and is equipped for such service in various ways.” Rev. L. Alvin Boggs was indeed well-qualified. He grew up in the area and was a former PMSS student, a college graduate, and an ordained minister.

During his intermediate years, his parents followed the logging industry, living along the railroad tracks in shanties that were transported from place to place aboard a train.

Boggs is quoted by Royce about growing up in a poor family:

You have to make do with less than other people in society. We had to eat anything we could grow; and if we couldn’t grow it, we couldn’t eat it. … There was a time when we would only go the twenty-three miles to Harlan twice a year, in the spring to buy the seeds and fall to buy shoes We walked twelve miles to the train to ride eleven miles on it, then carried the groceries back. I can remember when a head of lettuce was better than a candy bar.

During the 1940s, Boggs served overseas in the U.S. Army during World War II. According to Royce:

During World War II, he befriended many German prisoners, who still correspond with him. He learned to speak German by reading the most elementary books available, and the German prisoners told him he talked like a baby. His humanity moved many of the prisoners and he recalls their bringing him his rifle when he forgot it. During the Christmas season, he would shun the GI parties and go instead to the prison camps to sing with and for the Germans. His war experiences taught him that all human beings are precious.

According to an obituary for Rev. Boggs, written by Mary and Burton Rogers:

At an early age, Alvin knew his call to the Christian ministry among his own people, and through the years has served as pastor to many congregations on both sides of Pine Mt and ministered personally to countless men and women and children.

In 1954, Rev. Boggs returned to PMSS to work as a vocational teacher and leader of recreational community projects. The 1956 Notes article described his activities:

He started woodwork for the older boys and opens the shop to adults two nights a week. He has singing with the younger children and various projects in dramatics, as well as playground supervision.

As a Harlan County native, he must have had a strong desire to help those in his part of Kentucky, a feeling he expressed in his 1961 description to the Council of the Southern Mountains of the area around Black Mountain:

I can believe anything after seeing this area. I cannot describe it…I wish I could do something for this string of coal camp communities. Wish I could talk to you and wish some responsible, able agency could turn some wheels favorably in this place…It is under my skin, and deeper.

When Burton Rogers‘ directorship ended at Pine Mountain Settlement School, Rev. Boggs became the acting director, beginning on April 1, 1973. He continued to serve as director for the next ten years and was succeeded by James Urquhart.

Notice of Alvin’s appointment was made in the local Harlan Daily Enterprise: “He has been on the staff at Pine Mountain Settlement School for 18 years … Boggs succeeds Burton Rogers, who will remain on the Pine Mountain staff as assistant director with special duties of maintaining contacts with the School’s many friends …”  Burton also noted in a memo of March 24, 1973, that “It is truly the most rewarding possible climax to my administrative opportunity here to see as my immediate successor a birthright citizen of our own community who is strong and able in every respect.” 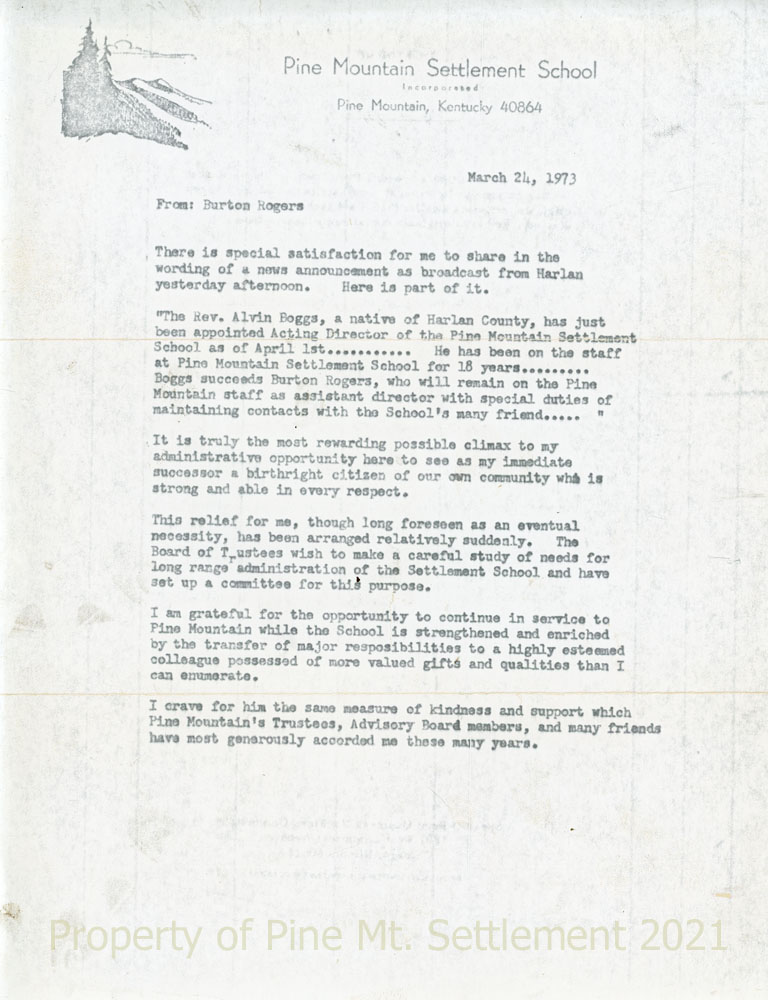 In the fall of 1983, Rev. Boggs was pictured in Notes with a description of his new role at PMSS as Associate Director of Development:

[He] is actively working to build up the school funding base in order that we might continue to teach all that we can and more to instill environmental concepts of land stewardship and other values inherent in our rich mountain heritage.

Craig Evan Royce noted that “Reverend Alvin Boggs was the first director to come from the community, a community nestled on the north side of three-thousand-foot mountains, often called the back side because of its remoteness.” 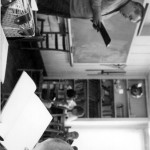 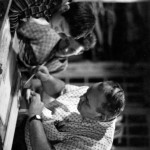 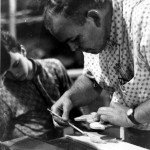 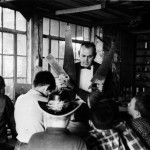 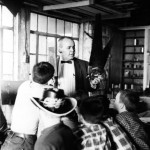 Alvin Boggs in class with group of students. [VII_life_work_86_044.jpg] 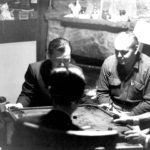 Alvin Boggs on right, playing a board game. [65_events-visitors_052.jpg] 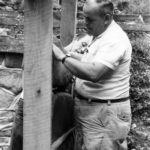 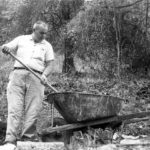 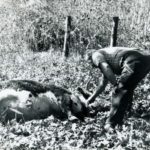 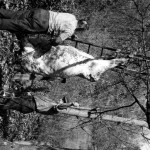 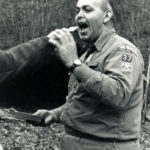 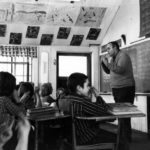 Alvin Boggs, in classroom. [55_Life and Work_Children and Classes_049]

True to his nature as a self-sacrificing and diligent worker, dedicated to the needs of others, Rev. Boggs “gave much time to his membership on many boards, agencies, and committees in Harlan Co[unty] and further beyond.” His activities with Boy Scouting at Pine Mountain and in the Duffield District earned him the Silver Beaver award, a distinguished service medal of the Boy Scouts of America. At one point in his career, he was a chaplain at Harlan Appalachian Regional Hospital and, in his later years, he was active on the Harlan County Committee on Aging. As a Wesley Evangelical Church of North America minister, he had been the pastor of several Eastern Kentucky churches.

In addition, Rev. Boggs was a founder and the administrator of Living Waters Christian School at Pine Mountain, a private Christian elementary school. Of this, Mary and Burton Rogers wrote:

Mr. Boggs’ major dedication of the last 6 years [1983 – 1989] has been the bringing into being of the Living Waters Christian School, serving many children in his Northside community, for which he has been founder and administrator with his utmost zeal and devotion.

Alvin Boggs was born in Big Laurel, Kentucky, on April 15, 1924, to Ava Turner Boggs and Virgil Boggs. He died on November 1, 1989, at age 65, in Lexington, Kentucky, apparently of a heart ailment. At the time, he was a minister at Wesley Evangelical Church in Baxter, Kentucky.

Rev. Boggs was survived by his wife, Ruth Smith Boggs. Their son, Titus Boggs of Big Laurel is deceased. Two daughters, Connie R. Boggs and Sharon Smith. both are in the Pine Mountain area. At the time of his death his father, Virgil Boggs and two brothers: Rev. C. Eldon Boggs, Mount Sterling, Ohio, and Rev. C. Ran Boggs, Vancleve, Kentucky, were living. He had three grandchildren.

Mary and Roger Burton remembered Rev. Boggs with these words:

Through all his years, Mr. Boggs has been a loving, upright friend of all, serving his fellow men both in earnest concern and in ready good humor and cheer. No matter was too small nor too large to enlist his help, whether personal problems or regional causes. No one will ever know the extent of his loving acts of service and his gift of friendship for all. Everything he did derived from his commitment to follow his Master. ….