History of the Pine Mountain Settlement
1973-74

There were college level “December” and “January” terms at PMSS.

There was serious consideration of attempting to have Greasy Creek designated a “Wild River”. The required conditions were too strict for many property owners to accept. An alternate plan was presented, in hope that it would be acceptable. Three buildings, West Wind, Boys House and the E. E. office were renovated to meet fire safety requirements. The maintenance crews attended to renovations and repairs, replaced bridges, “boiled down” 148 gallons of sorghum, kept up the water supply, built a shelter at Open House Hollow (former site of Open House, which burned), and constructed a greenhouse.

Brit Wilder retired in May. In appreciation of his long, valuable service to PMSS Trustees voted to construct a water line from PMSS campus water mains to the Wilder residence. Omer Lewis replaced Brit as maintenance supervisor.

A summer program housed at Pine Mountain served a unit of emotionally disturbed children from Florida, under the guidance of Harlan County native Preston Lewis. 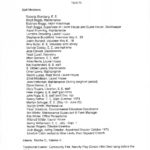 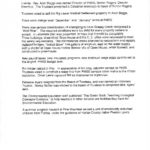